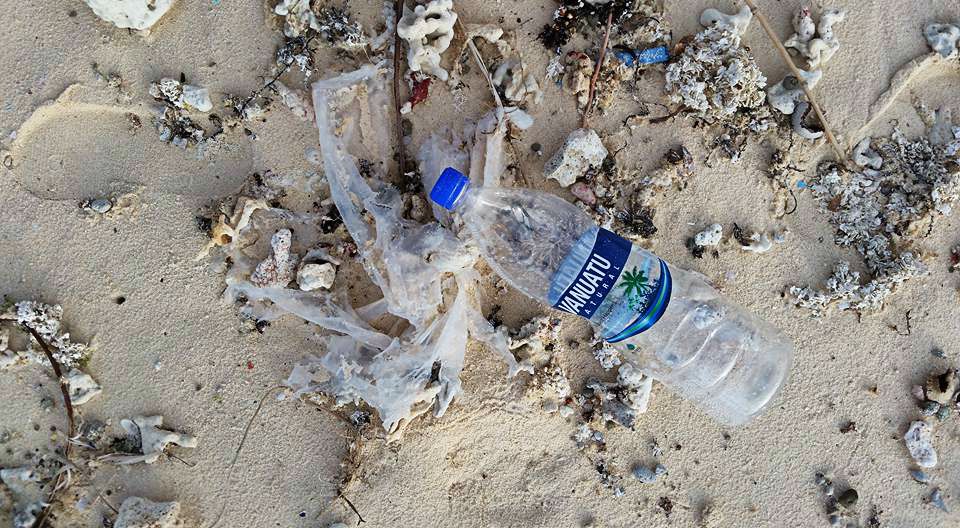 The South Pacific nation of Vanuatu is making a bold push to permanently ban single-use plastic bags and bottles.  Joining other Pacific Island countries such as the Northern Marianas, American Samoa, and the Marshall Islands, the ban will cease the import of all single-use plastics to the small island nation.

Single-use plastics, which often cannot be reused or recycled, represent a much larger problem than littering. After plastics enter a marine environment, their weak structure causes them to photodegrade into tiny pieces that animals mistake for food – a mistake that can cause serious long-term health complications or death for marine animals and seabirds. Worse yet, since these plastics photodegrade rather than biodegrade, virtually every piece of plastic that was ever made for a single-use item still exists in the world.

The ban on these plastics is a major win for environmentalists who began a change.org petition outlining the ban during National Environmental Week. The petition received almost 2,000 heartfelt messages from environmental advocates and concerned citizens calling upon Vanuatu Prime Minister Charlot Salwai Tabimasmas to cease the environmental degradation caused by plastics occurring in communities across the island.

In proof that heartfelt voices coming together for a cause can make a difference, the Prime Minister took the stage during Vanuatu’s Independence Day celebrations to announce plans to enact a comprehensive ban on plastic bags, bottles, and other single-use plastics. The ban’s backing campaign, ‘No plastic bag, plis’ will encourage citizens to reduce their reliance on items such as plastic grocery bags and adopt the use of locally-made baskets and reusable shopping bags.

While this environmentally conscious ban is a win for the small island in the Pacific, more and larger countries will need to follow in Vanuatu’s ecological footsteps in order to put a stop to the plastics that cause such harm to the natural world.