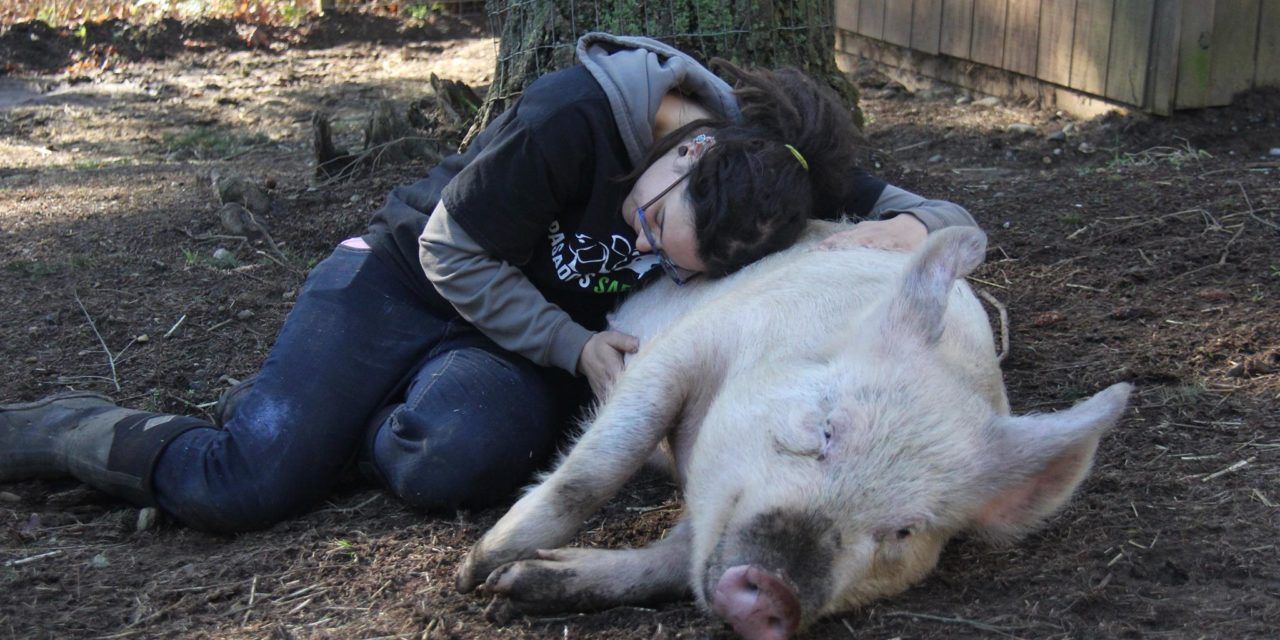 Each year, about 9 billion chickens, pigs, cows and other land animals are killed for food in the United States alone. Of that staggering number, a tiny fraction are saved from cruel death at the slaughterhouse. Those lucky rescued few are taken in by farm animal sanctuaries, which provide a life of peace, freedom and love in stark contrast to the warehouse-like conditions of factory farms.

The documentary Called to Rescue, from executive producer Naomi Sophia Call, showcases more than a dozen of these sanctuaries and reveals the hard work and lifelong dedication of those who run them. I attended the Los Angeles premiere, hosted by Compassion Over Killing (COK).

The film is bursting with just-too-adorable moments: nuzzling cows, wobbly pink piglets and frolicking lambs. But cooing over the animals’ antics, the cloud of uneasiness is hard to ignore. Because for every happy animal at the sanctuary, there are millions more trapped in cages so small they cannot move, who will know only pain, filth and disease in their short lives.

The film features candid interviews with the sanctuary operators who have made it their mission to give these animals a fitting home. One recurring theme: sanctuaries can’t even begin to rescue the billions of animals suffering at farms, but they can spread a message of compassion by showing the public an up-close look at animals as individuals and friends to humans, helping resolve the disconnect between the average consumer and the piece of flesh on their dinner plate.

The difficult work involved in animal rescue and care was reiterated by a panel discussion at the end of the screening, featuring sanctuary founders like Gene Baur — known as the creator of the farm sanctuary movement — as well as COK Executive Director Erica Meier.

When an audience member asked the panel how one might open a sanctuary of their own, the response was “don’t do it” — at least until you’ve worked at an established sanctuary for a long time first. It’s no small feat to take responsibility for the care, health and psychological wellbeing of abused, traumatized animals; those who successfully do so are remarkable humans.

The documentary also features activists on the front lines of animal rights, like musicians Moby and Tony Kanal — both of whom cofounded the world’s first vegan music festival, Circle V in Los Angeles.

Called to Rescue sends a strong message, but a gentle one. Those who can’t stomach farm investigation videos depicting graphic animal cruelty will find this much more digestible.

What won’t be so easy to digest, however, will be a slab of bacon or fried chicken breast after watching the movie. The inspiring film is clear: animals are thinking, feeling individuals — and they are suffering for the American palette.

Rent or buy Called to Rescue now on Amazon.