Bullfighting has Just been Banned in this Venezuelan City 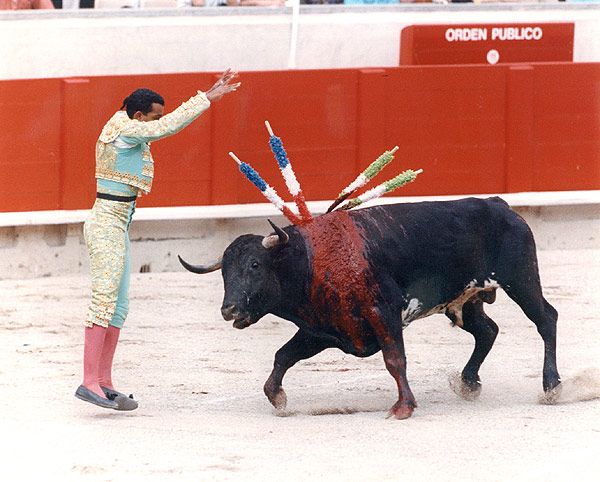 The second largest city in Venezuela, Maracaibo, has just announced that bullfighting is no longer permitted within its boundaries, thanks to newly appointed mayor, Willy Casanova.

Mayor Casanova says, “We believe that this is no longer allowed to happen in a state where the most basic values are defended… we will change the status of the bullring so it is a place for everybody, meant for recreative activities.”

Bullfighting, also known as the corrida de toros, is a traditional Venezuelan pastime that started in the colonial era, with a heavy Spanish influence. Considered by some to be a culturally important art form, it is abhorrent to many people throughout the world. Insider reports state that before a fight a bull has Vaseline rubbed into his eyes, cotton wool stuffed up his nostrils, his genitals are pierced by a needle, and he receives drugs and laxatives for two days. Following this, the bull is released into a ring where he is repeatedly stabbed before bleeding to death, all to the bloodthirsty cheers of the crowd.

There is a growing movement in Venezuela to stand up against bullfighting, as shown by this brave and compassionate decision in Maracaibo, with Venezuelan protestors asking for a referendum on bullfighting in 2012. Throughout Latin America, there is  growing concern for animal rights. In Merida, Venezuela, a court has already banned children under 12 from attending bullfighting shows.

Other regions that have already banned bullfighting include Catalonia, Spain (banned in 2010) and Ecuador, which enforced a ban on killing animals for entertainment, effectively putting the bullfighting festivals out of business.

CAS International, an organisation dedicated to ending bullfighting and other events that cause animal suffering, welcomed the news, with director Marius Koff, saying, “It is great that the mayor of Maracaibo has taken this brave decision. Let’s hope he will be an example to many and that this decision will be followed in politics, so a definite end to this type of animal maltreatment can be achieved here.”