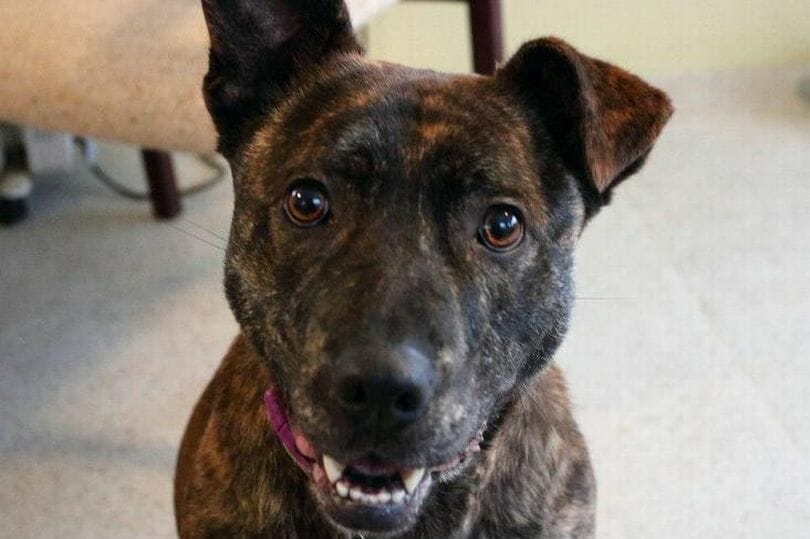 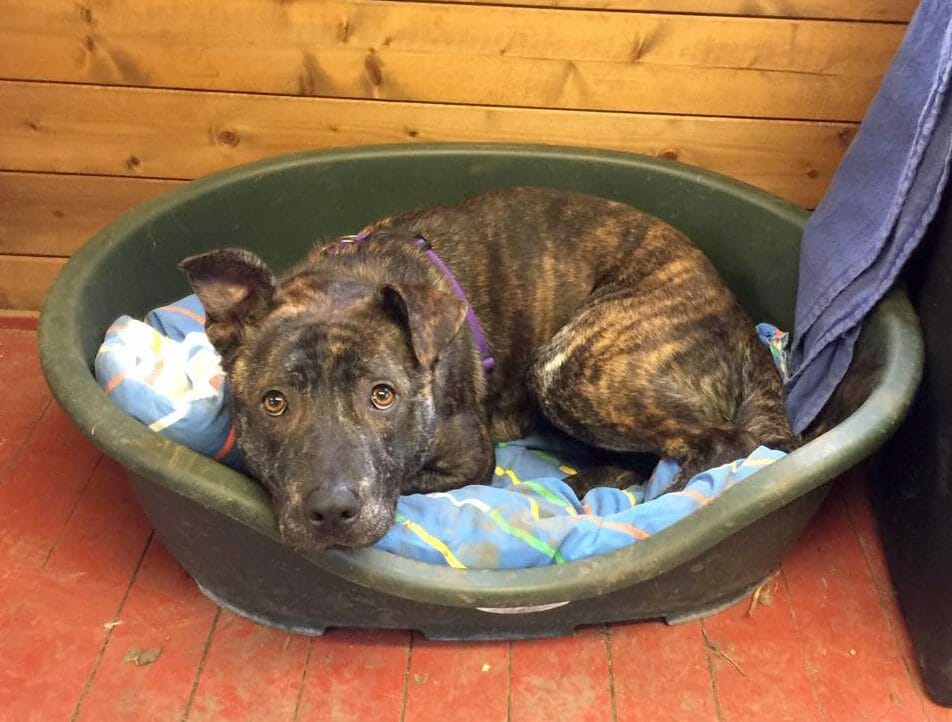 Faith was taken to the RSPCA Bath Cats & Dogs Home in 2017 by British actor and animal lover Anthony Head (Buffy the Vampire Slayer) who found her swerving to avoid cars on a busy road when she was just a puppy.

Although Faith is described as a “beautiful girl” who is “loving and fun,” nobody showed any interest in rehoming her until husband and wife Matt and Taylor Elliot saw her plight and traveled more than 186 miles from Norfolk, on the other side of the country, to adopt her. 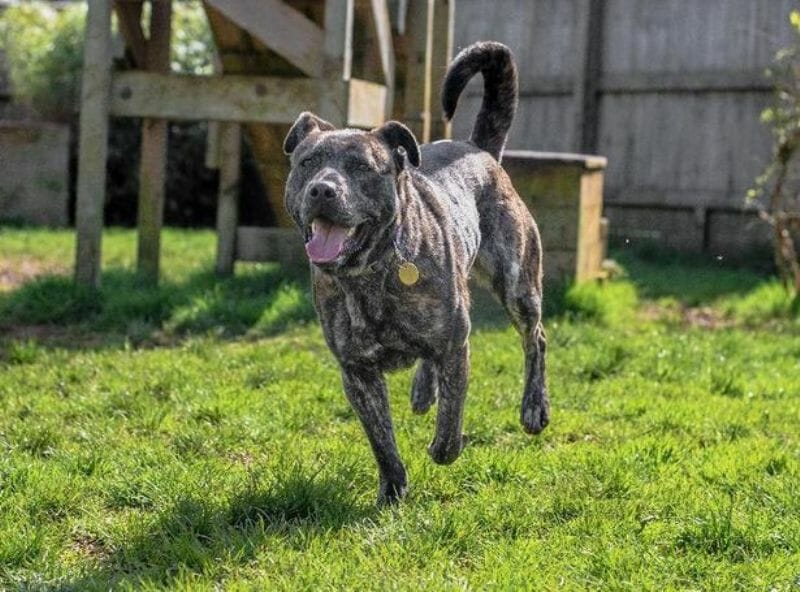 “She was the one — something just said to me she needs a family,” said Taylor, whose husband added that Faith’s personality was already shining through and it would be an enjoyable experience to home her.

“All the team is so, so pleased Faith’s found her forever home and that they are willing to take her on and to give her that chance,” said Nicky Cragg who works at the rescue center. 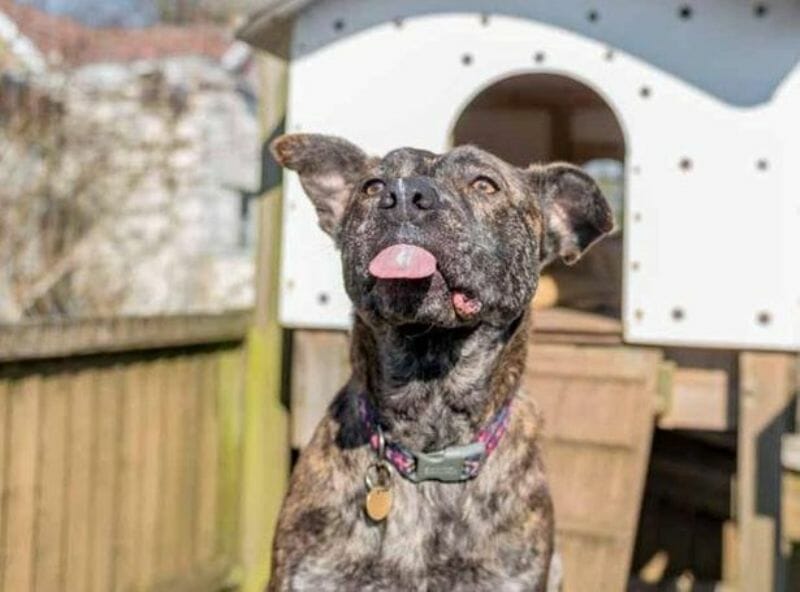 Last year, the RSPCA found homes for nearly 7,700 dogs in the UK. It says that Staffies and their crosses are the most neglected and rescued type of dog.

This heart-warming story reminds us what a positive, wonderful action adopting an animal is, but also that there are thousands of lovely lonely dogs living in rescue centers who are just waiting for a chance to be loved.