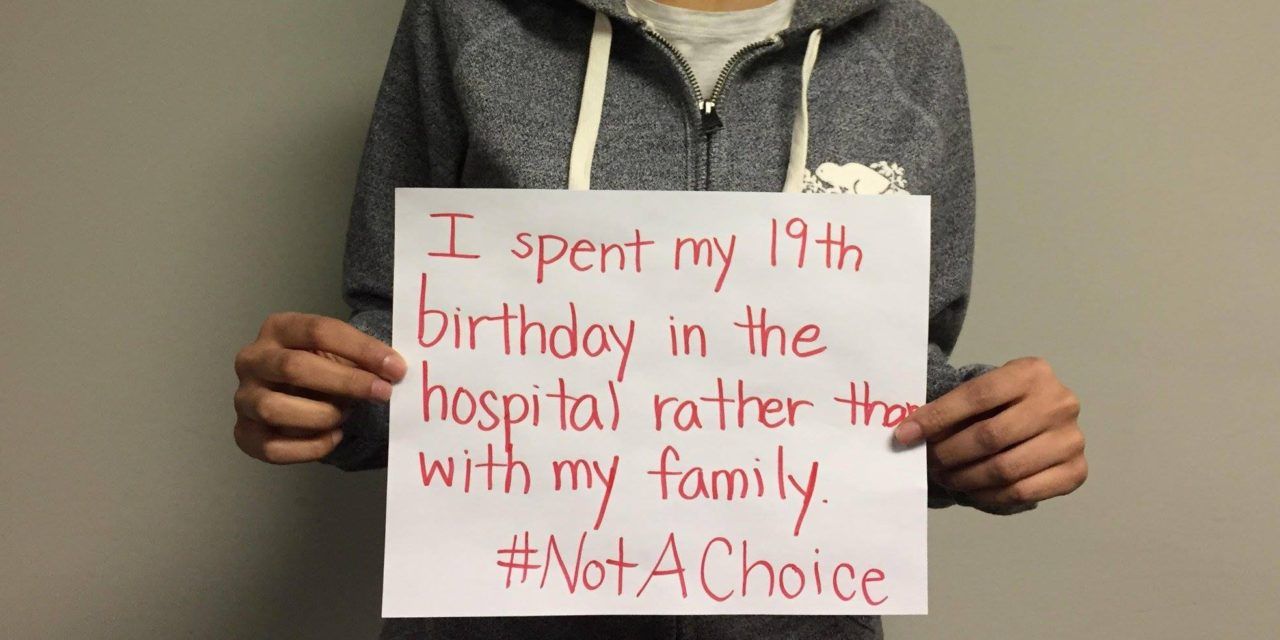 Canada and the United States are kicking off 2017 Eating Disorders Awareness week with campaigns designed to limit the shame and stigma of the illness.

Canada’s Not A Choice campaign (February 1 through 7) is promoted by the National Eating Disorder Information Centre (NEDIC), and stresses eating disorders are not a choice, trend, or a diet that’s gone too far, but a serious illness with the highest mortality rate among psychiatric disorders.

During each awareness campaign, there will be coast-to-coast landmark lightings in which notable landmarks across both countries will be lit up in blue and green in the United States and purple in Canada. They also hope to infiltrate Twitter and Facebook with the hashtags #NotAChoice and #NEDAwareness to give a platform to people who want to share and read each others stories and encouragement.

“By generating awareness, we can promote public understanding about these illnesses while also spreading hope to those affected,” says Marbella Carlos, Outreach and Education at the National Eating Disorder Information Centre (NEDIC). “We know that open, supportive dialogue can help break the shame, stigma, and silence that affect those living with an eating disorder as well as the millions of others who struggle with food and weight preoccupation.”

Shame is particularly prevalent among those afflicted with eating disorders, which can stem from many reasons—from the lack of control of their eating habits to disappointment in not reaching the “perfection” of their physical ideal. Whatever the reason, those afflicted often suffer alone and are hesitant to talk to others for fear they will not be understood or taken seriously.

The awareness campaigns want to change that.

An estimated 600,000 to 990,000 Canadians and a whopping 20 to 30 million Americans suffer from a clinically significant eating disorder during sometime in their life.

A study that spanned 44 years conducted by Jon Arcelus, MD, PhD, of the University of Leicester, England, found that anorexia is the deadliest of all psychiatric disorders, with a nearly six-fold increase of death. The odds are even worse if the diagnosed patient is in their 20s — the death risk is almost 18 times that of healthy people their age.

The Arcelus study also concluded that, “Mortality rates in individuals with eating disorders are high not only for those with anorexia but also for those with EDNOS (eating disorder not otherwise explained) and bulimia, which highlights the seriousness of these conditions.”