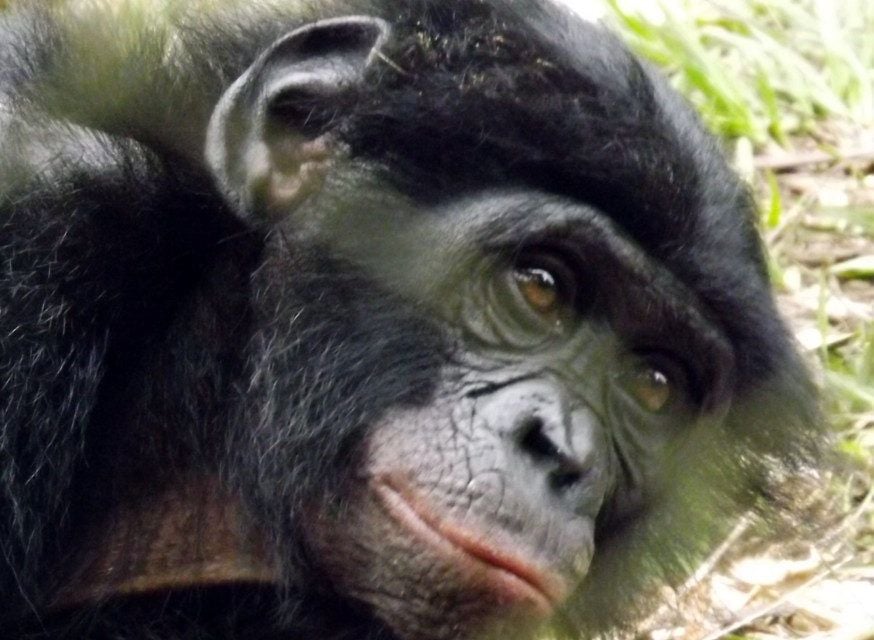 Bonobos are an endangered species, with only 20.000 still living in the wild in Africa. Image courtesy of wikipedia.

The Bonobo Project has launched the Bonobo Communication Workshop, with the first session held Monday in San Diego, California. Bonobos — close relatives to humans — are endangered primates, with only 20.000 still living in the wilds of Africa.

The workshops aim to spread awareness on the plight of bonobos, who face dire threats in their homeland.

“The systematic and illegal killing of bonobos for the commercial bushmeat trade is the main threat to the survival of bonobos today,” Bonobo Project Founder Ashley Stone told Lady Freethinker. “Other concerns include habitat destruction, wild meat hunting, the illegal pet trade, and disease. ”

The inaugural workshop included 40 stakeholders from around the world — including in the United States — and tackled the fundamental problem of raising bonobos in America.

“Included in our group were conservationists – folks that have been working for decades on the ground in the Democratic Republic of Congo to preserve bonobos both in their wild habitats and at the Lola ya Bonobo sanctuary – well-respected and passionate researchers, seasoned professionals from zoos, media experts, funders and an assortment of other interested parties,” said Stone.
The workshop also focused on strategies to promote World Bonobo Day, which falls on Valentine’s Day, February 14.

The workshop is just one of the parallel activities run by the Bonobo Project, which recruits personalities from sports, business, science and arts to speak out for the endangered primates.

But everyone can make a difference in the survival of these apes.

“The first thing we have to do as a society is to be educated with the basics about bonobos, as most people have never heard of the species or their uniquely matriarchal, loving social structures,” explained Stone. “From there, individuals can share their knowledge with others and join the call to action by making donations, large and small, to organizations working to raise public awareness as well as those fighting for the bonobo’s survival on the ground.”