On October 11 of this year, the world celebrated the international Day of the Girl. This holiday was officially declared on October 11, 2011, when the United Nations launched its mission to “help galvanize worldwide enthusiasm for goals to better girls’ lives, providing an opportunity for them to show leadership and reach their full potential.”

Throughout history, girls and women have experienced oppression and inequality, and although in recent decades significant improvements have been made in how we perceive and receive the concept of independent womanhood, the stereotypical expectations of the female continue in the minds of youth and adults across the globe. 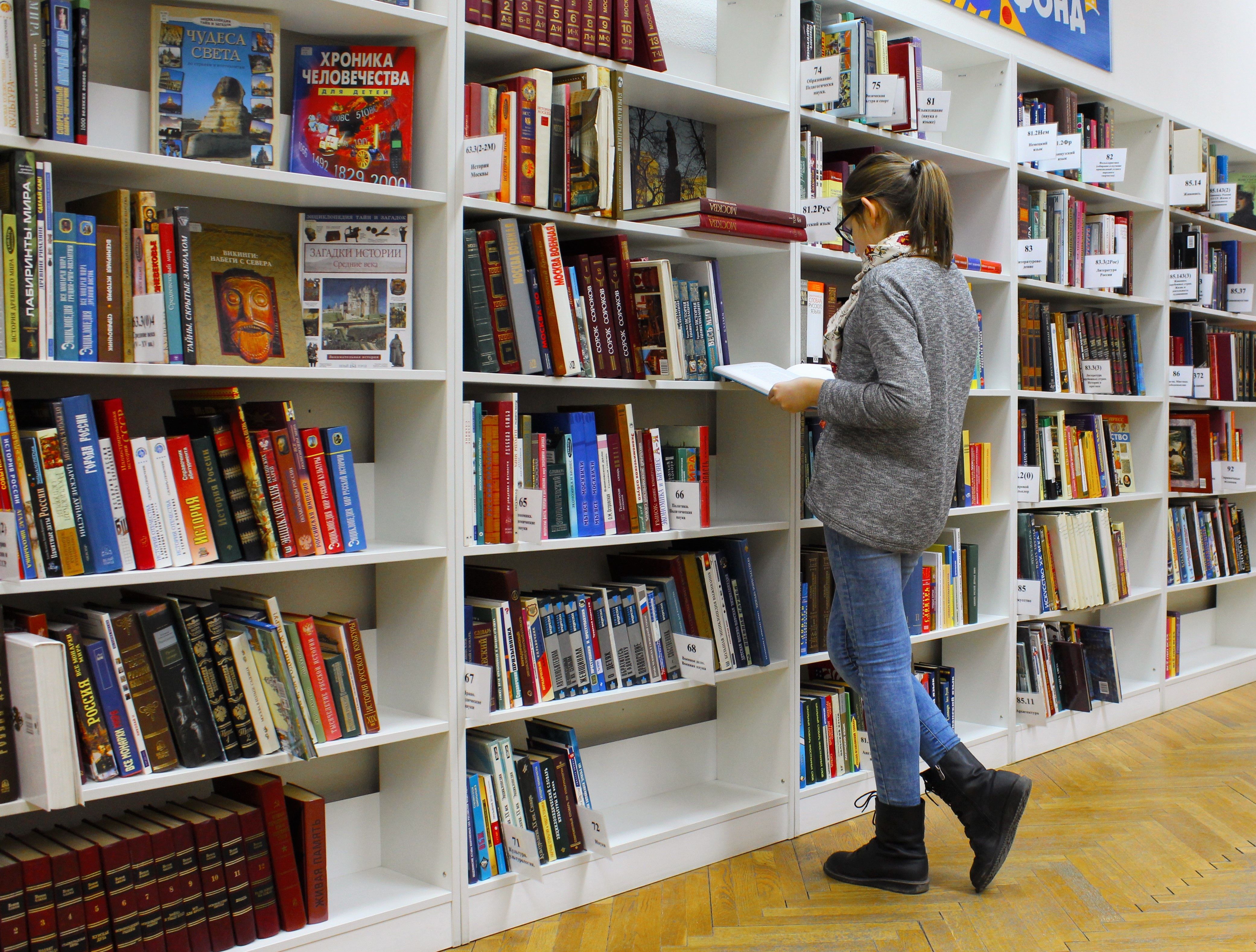 According to a recent survey by international humanitarian organization Save the Children, biased views of females’ roles in the home and in society are showing up as early as the fourth grade.

After asking a series of questions to fourth graders in the United States, Ivory Coast, and Sierra Leone, the organization discovered that an alarming number of both boys and girls think boys are smarter, need more education, and are the leaders of the home.

The statistics show that 37% of boys surveyed in the United States believe boys are smarter than girls, and over 65% agreed in Ivory Coast and Sierra Leone.

In Sierra Leone, over 90% of both boys and girls think the father should be the head of the household, compared to one-third in the U.S. Two-thirds of the children across all three nations surveyed believe mothers have more responsibility to take care of their children than fathers do.

Over 17% of American kids said they think a man would make a better boss than a woman.

Parents of the American children were also surveyed, and the data is just as interesting.

“One in two parents of fourth graders believe fathers rule the household, and a quarter of U.S. dads think it is more important for boys to get an education than girls,” Carolyn Miles, Save the Children President and CEO, told Lady Freethinker in an interview. 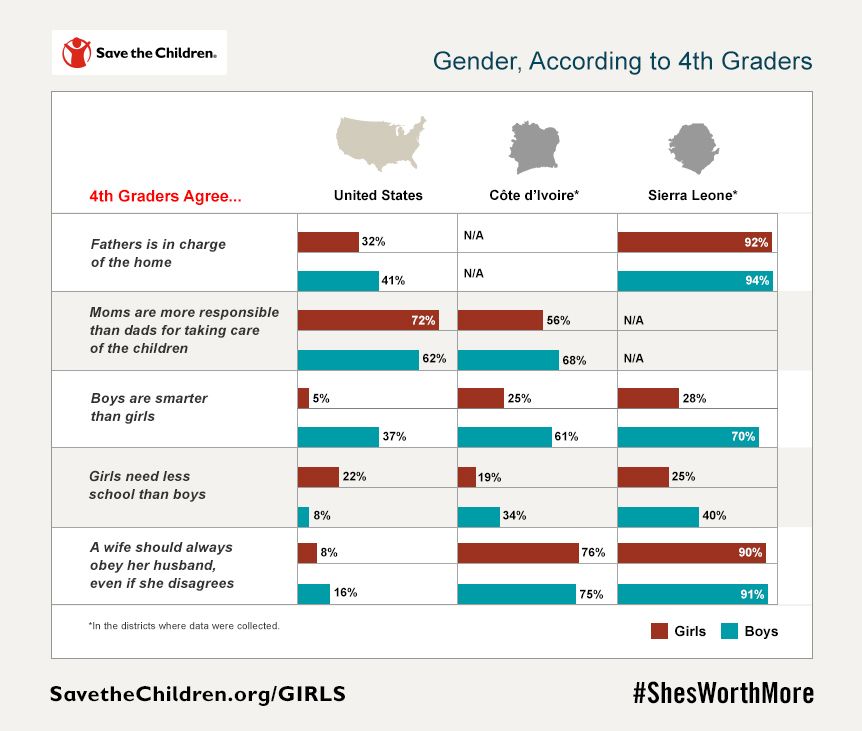 Save the Children is working to change these statistics to ensure girls have a chance at a better, brighter future.

“We want to let girls know that they are worth more than the world tells them. Our findings show that we need to work on changing attitudes to give girls the futures they deserve,” said Miles. “We must ensure equal education is prioritized for every last girl, and to help bring an end to child marriage and gender discrimination.”

Progress has certainly been made in this area, but more work is still to be done.

So, what exactly can we do to push to promote equality for girls?

According to Miles, it all begins with a simple conversation.

“Without meaningful dialogue bringing attention to the fact that even in 2017 girls still face discrimination, lack equal opportunities, and are more likely than boys to miss out on school, we won’t be able to change these harmful attitudes that perpetuate from one generation to the next,” she said. 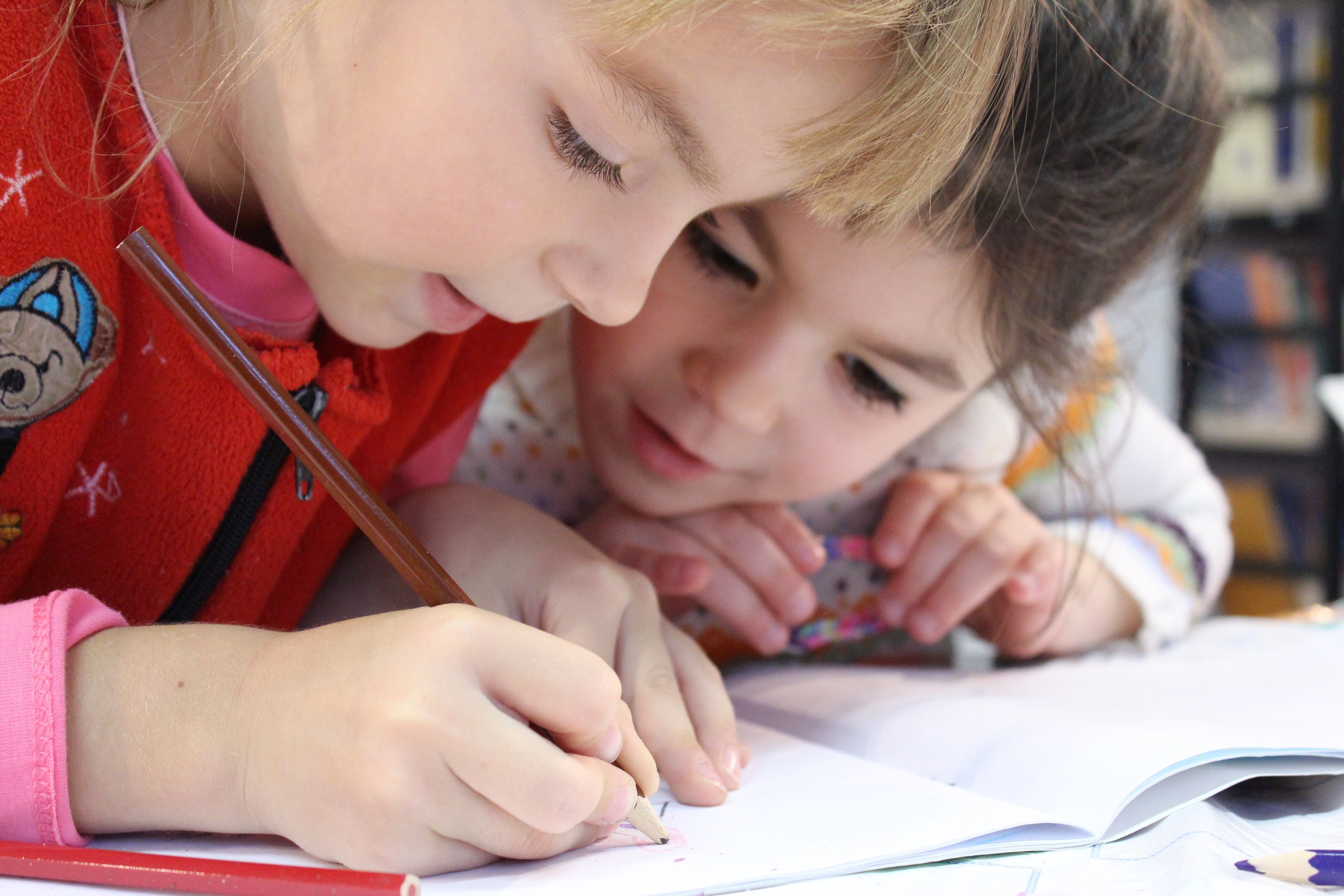 Another thing we can do is encourage our Senators to cosponsor and pass the Protecting Girls’ Access to Education in Vulnerable Settings Act, an act that would help girls — especially refugees, who are the most prone to be forced into sex trafficking, early marriage, and child labor — get the education they need to keep them from meeting these sad fates.

Girls all over the world deserve a future, and together, we can stand up and make change happen.