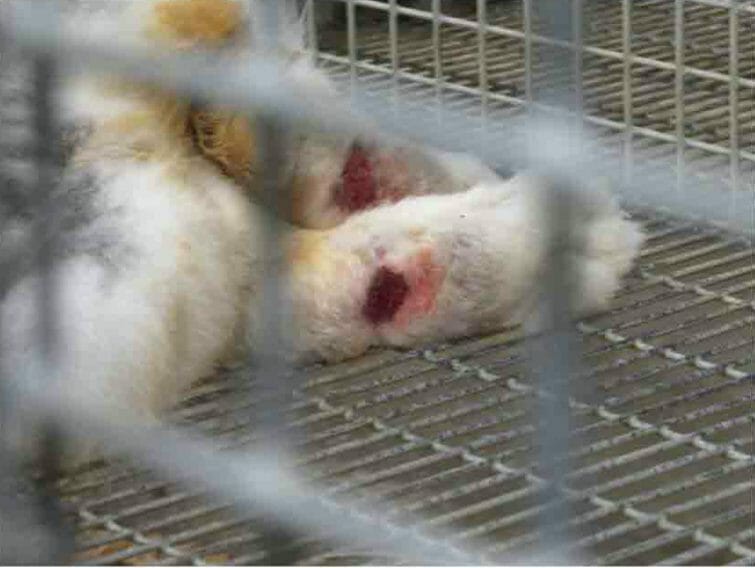 Bethyl Laboratories, a licensed research facility in Montgomery, Texas, has been officially warned over conditions for their rabbits after a federal inspector with the U.S. Department of Agriculture documented a female rabbit with sore, bloody hocks kept in a barren metal cage.

In its official warning, filed on Oct. 14, 2021, the USDA cited Bethyl Laboratories for inadequate veterinary care and unsatisfactory daily observations of animals during an Aug. 31, 2021 inspection.

During that site visit, an inspector noted a female rabbit with sores on her hocks, housed in a metal cage with nothing between her sensitive paws and the bars, who reportedly was not receiving any treatment for her condition, of which the lab’s attending veterinarian also reportedly was unaware.

The report noted the sores were the size of a quarter in diameter, with hair loss, ulceration, redness, and inflammation, and that the rabbit, when sitting in a normal position, was constantly shifting back and forth between her back limbs “in discomfort.”

The inspector also noted that the lab no longer had a full-time veterinarian, nor an adequate written program of veterinary care, according to the inspection report.

Upon entering a barn housing 360 rabbits, the inspector also noted an ammonia odor “so strong that it caused burning of the inspectors’ eyes and nasal irritation,” according to the report. 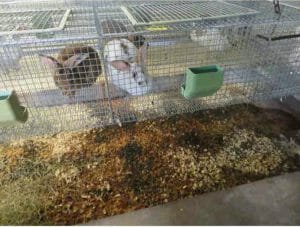 The lab had no violations noted during its most recent inspections on March 30, 2022, or on Dec. 15, 2021. But the lab has had other problems in the past, with inspectors documenting eight violations of the Animal Welfare Act at four of 12 inspections since 2015 – or 33 percent.

On Dec. 7, 2021, the inspector noted two violations during the site inspection that involved a rabbit with an actively bleeding lump the size of a silver dollar on her foot, with hair loss, and old scarring who was “slow to move at times,” according to the report. 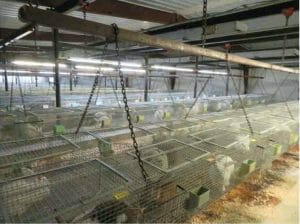 The inspector also documented a rabbit who was squinting, with swelling, redness, and green crusty discharge from an eye that was listed as a repeat violation on the inspection report. The report noted that the lab had reportedly treated the rabbit with a topical antibiotic but had not notified their veterinarian of the ongoing condition, which the inspector reported had lasted for more than a month.

The lab also got cited for violations in 2017 for reported inadequacies in its written euthanasia protocol and training program, and in 2016 for having four bottles of expired euthanasia medication on site, according to inspection reports.

The facility had 2,038 animals on-site at the time of the most recent inspection, including 16 donkeys, 10 sheep, 788 goats, and 1,224 rabbits, according to USDA records.

Animal testing is cruel, unreliable, and dangerous for humans —and we must, as a species, find a better and more compassionate way forward. 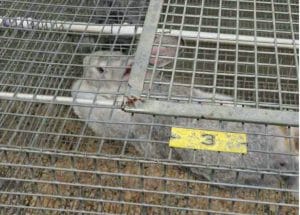