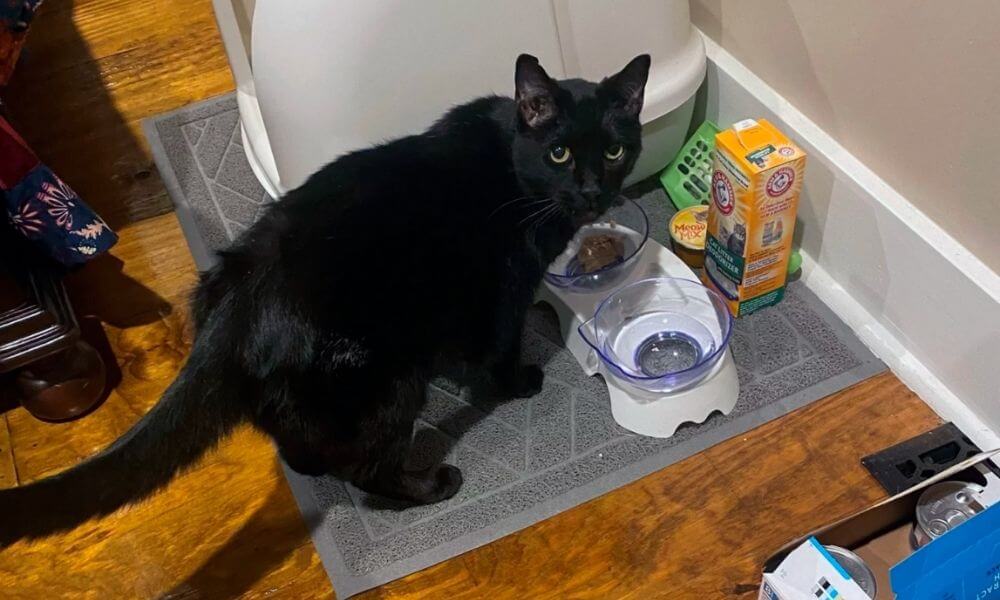 “If cats actually have nine lives, he probably used up about eight of them.”

That’s what cat guardian Sonny “Hoot” Gibson said nine days after a deadly tornado ripped through his Kentucky-based office and he found his beloved cat, Madix — scared but alive and well.

Gibson was sifting through the rubble of his 3-story downtown office building when he heard a faint meow. He had given up hope of finding Madix, a beautiful solid black cat with bright yellow eyes who liked to greet customers of his rental business, and told news that he felt his knees go weak and his chest get tight.

“Out of the blue, I heard that meow,” he said. “When I heard it, and I said his name, and I heard it faintly again, I knew it was him.”

With the help of two other employees, Gibson zeroed in on the sound and found Madix, uninjured, in an air pocket amid the wreckage. Gibson took his beloved cat home for food and water and then to the vet, who pronounced he was in good health despite the ordeal.

Gibson said Madix will live out his life as a house cat now.

“It was just an incredible feeling to put him in my arms,” Gibson said.