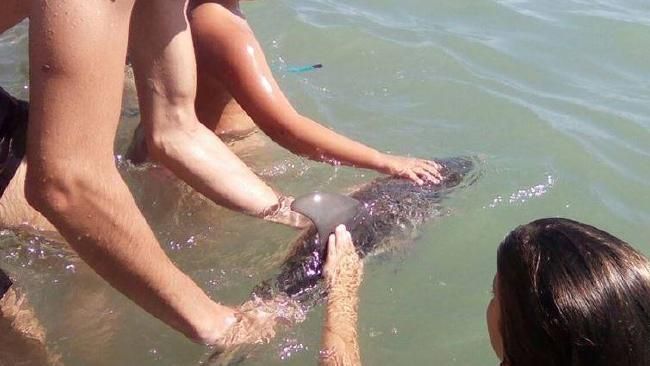 In another senseless tragedy for selfies, a baby dolphin died last week after a swarm of tourists lifted the fragile animal out of the water and passed it around to take photos with.

The incident occurred in Mojácar, on the southeastern coast of Spain; documentation of the event was posted on Facebook by animal protection group Equinac. 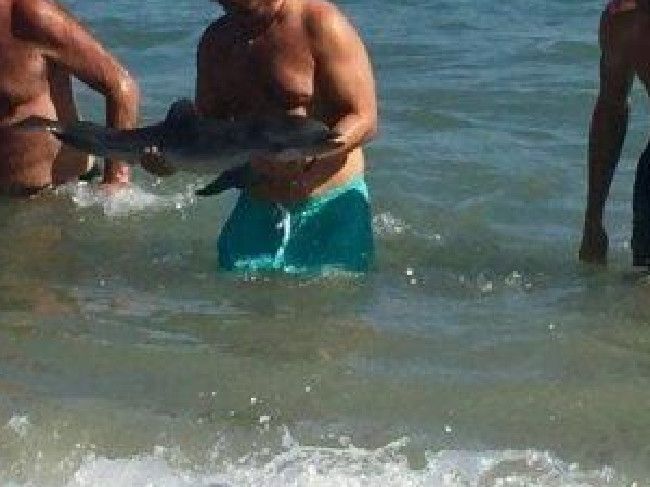 Although one concerned onlooker did alert the authorities, by the time help arrived it was too late to save the baby dolphin.

While nobody is certain how or why the marine mammal was separated from its mother or what its health condition was, one thing is known: the stress from being lifted out of the water and handled by humans can have a severe negative effect on dolphins — enough to send them into a state of fatal shock.

Neil D’Cruze, World Animal Protection’s senior wildlife advisor, issued a statement on the incident, saying, “While traveling, tourists must remember that their once-in-a-lifetime photo opportunity with a wild animal can mean horrific suffering – and in this case, a tragic death for this poor animal.”

“Using wild animals for entertainment, including catching them to take selfies, is wrong, often illegal, and causes great distress to animals,” added Neil. “Wild animals are not photo props. They should be left to live free in the wild where they belong.“

WAP has provided a travel guide for those who want to enjoy wildlife in a way that is safe and humane for both tourists and animals. Click here to read it.