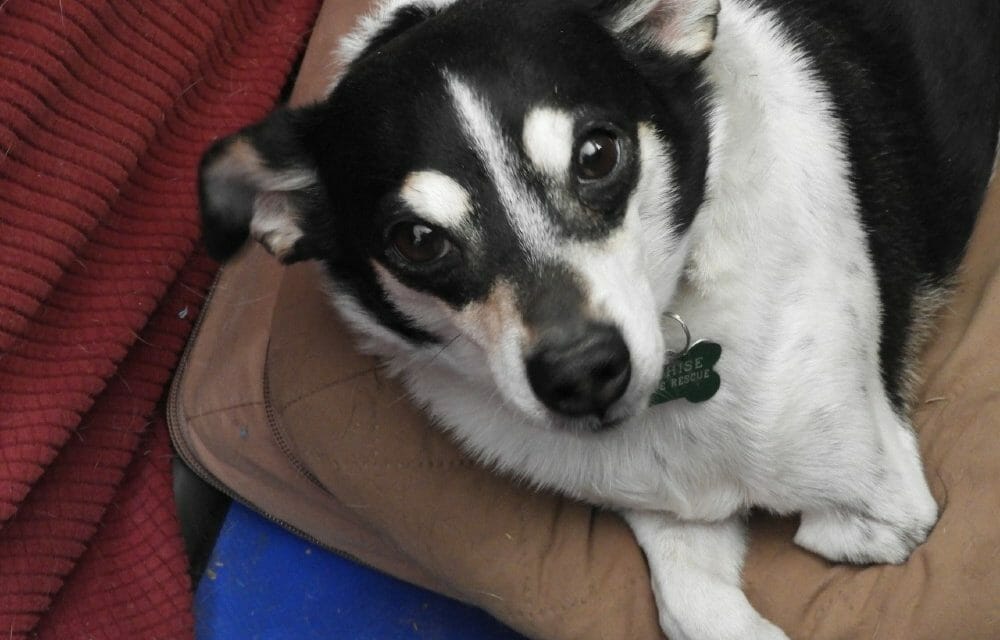 This is part of a series highlighting recipients of Lady Freethinker’s new Urgent Need grant program, created to help rescuers with lifesaving veterinary expenses. Learn more about the program and how to apply here.

But Erden added that they always have. In fact, she loves animals so much that she was leery of jumping into a relationship with Jeff Robbins, her now husband, whom she described as “not an animal person.”

At least — not originally. Because after hanging out with Erden and her 11 dogs at the start of the relationship, Robbins apparently had a change of heart. He now helps Erden run the rescue, which also cares for former farm animals rescued from slaughter.

The dynamic duo, along with dedicated volunteers, currently are caring for about 50 animals, including two donkeys, three sheep, a number of birds, seven cats and 34 canines.

That pack of dogs includes two 3-legged dogs, a dog missing a foot due to former cruelty, four blind dogs, four toothless seniors, two dogs with Valley fever, and a few dogs with broken and missing jaws, according to the nonprofit’s website.

Cochise Canine Rescue, established in 2015, was one of four nonprofits granted a full award of $5,000 through the first cycle of Lady Freethinker’s (LFT) Animal Crisis grant program, a part of the Urgent Need grant program that we rolled out in Winter 2020.

We wanted to spotlight our awardees so LFT readers can see exactly what kind of phenomenal work for animals they are supporting! We’ll highlight the other award winners as well in upcoming stories.

Cochise Canine Rescue is an accredited member of the American Sanctuary Association, a member of Phoenix Animal Care Coalition, and was a top-rated nonprofit in 2019. If you’d like to further support their mission, you can do so here. 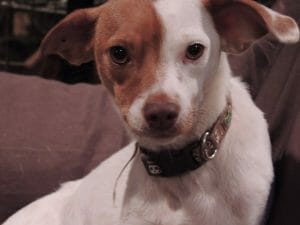 A Q&A with Sybil Erden, Co-Founder and Rescue Coordinator for Cochise Canine Rescue in Arizona

What inspired you to focus on senior and special need dogs on the county kill lists?

At one point, in our second year, we took in a dog who had puppies that ended up having Parvo. Because of that, we couldn’t have any young dogs here. So we started taking in 5-to-7-year-old dogs, and we were able to place those. But every time we went to the shelter, we saw dogs that needed eye enucleation, or had Valley fever. We started taking those in intermittently, and we fell in love, so we decided to become a special needs animal rescue, providing life-care for animals with ongoing medical needs.

Every year close to 6 million cats and dogs go into shelters and pounds nationwide, and 40 to 60 percent won’t live. Our mission became finding safe, stable, and loving homes for dogs who are elderly, have emotional or serious medical needs, and also to be a safety net for dogs whose people have died or abandoned them.

My day normally starts around 8 a.m. I’ll do laundry, then spend about two hours medicating the animals. We have 22 dogs on daily meds, and I have notebooks with their names and what they are getting. Then I take care of the cats and change the kitty litter before jumping into computer work, while my husband feeds the farm animals and does poop patrol.

We pull from Phoenix, which is about three hours from us, all the way down to Cochise County, and we get lists from the county and city shelters every day about which animals are on the euthanasia lists. I also get a lot of emails from people who want us to take their animals. If we are full, I work to help place the animals with our rescue group network.

After lunch, there’s more computer work. I’m always looking for grants and sending letters of inquiry. Around 4 p.m., we do the second round of feedings for animals who are fed twice a day. Dinner for us is around 7 p.m., then comes the evening meds for the animals who need them, which takes about 40 minutes, and we wrap up the day around 10:30 p.m.

COVID-19 impacted us. The way we were impacted predominantly was that we had volunteers who were taking in adoptable animals, but with COVID, they didn’t want to because their own situations were so fragile. There were animals we would have pulled otherwise that we weren’t able to pull. We also couldn’t do our musical fundraiser, which brings in a lot of money for the animals.

What keeps you going on a bad day?

I’m a workaholic. There’s a rhythm to what I do every day, and it’s fine. I’ve been working with animals since the 90s. I’m a working artist, and I wish I had more time for my art, but that’s a choice I made. I’m pretty positive and easy going, and I like animals a helluva lot more than most people.

How did you decide to invest the grant money?

In the first 15 days of 2021, we spent close to $4,000 on emergency medical care.  We spent $698.45 to have the eyes of one of our senior chihuahuas, a little one named Princess who was blind anyway, enucleated when her eyes lenses began to disintegrate.

We also had a loving, active and previously healthy 10-year-old rat terrier named Edward stop eating. He was taken to our regular veterinarian who ran blood work and provided medication, and he’s doing great now. The vet calls him her little miracle. Edward’s hospitalization for almost a week cost over $5,000, but worth every penny as he is back to health!

We also have since treated Missy, who had pancreatitis, and that vet bill alone was $3,000.

Is there anything you’d like LFT supporters to know about their support or your nonprofit?

One thing the vets always say about our animals is how sweet they are, just charming animals, and that has to do with the way we care for them. The support we get means the animals can get the appropriate care that they need. We are a volunteer organization, with zero salaries or compensation. One hundred percent of the funds we raise through donations or grants goes to the animals; Every penny goes directly to the care of the animals. Funding helps enable us to help other animals, and there are so many animals who need help.