Author Jeffrey Masson on Animals, Emotions and the Future of Equality 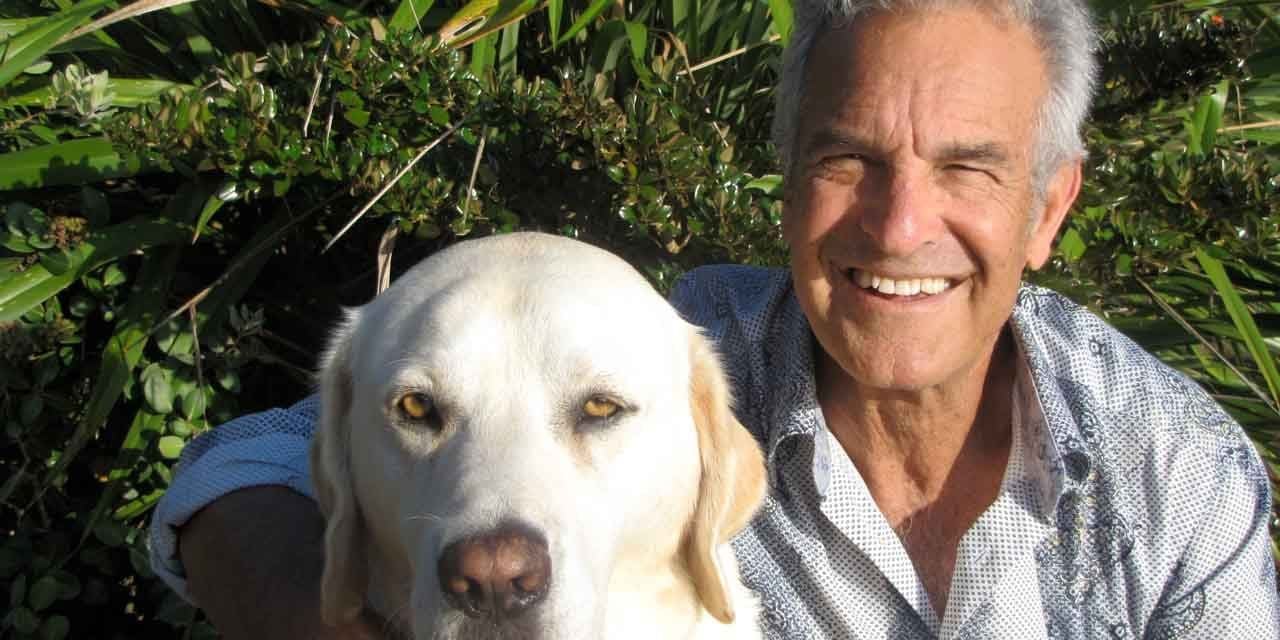 Virtually no one was talking about animals’ feelings 25 years ago, when bestselling author Jeffrey Masson wrote When Elephants Weep, an exploration of the emotions of our fellow species. The very idea that animals’ feelings mattered — if they even had feelings at all — seemed ludicrous to many, even (or maybe especially) to those in the scientific community.

But armed with a background in psychoanalysis and deep-seated love for Earth’s creatures, Mr. Masson would soon prove that yes, animals do indeed feel — maybe even more than we do. His book about the emotional lives of animals using a psychological perspective proved the first of many as, finally, humans who cared about the way animals were treated had science to back up what they already knew — that animals experience suffering, fear, and love, with complex emotions that are just as important to them as our own emotions are to us.

When Elephants Weep was a pivotal book in the animal rights movement, and Jeffrey followed it with many others, such as Dogs Never Lie About Love, The Pig Who Sang to the Moon and The Face on Your Plate. A dedicated activist, Jeffrey believes that no animal should be subjected to suffering for food, clothing, entertainment or other human wants.

I spoke with Jeffrey about his life’s work and his thoughts on animals. Here’s what he had to say:

Nina: Thank you so much for talking to me today. Can you explain to readers how you began your voyage into animal rights?

Jeffrey: I was a professor of Sanskrit at the University of Toronto, and I quit to become a psychoanalyst. I became a psychoanalyst, and then I quit that. I was living with Catharine MacKinnon, the legal scholar from Harvard, on her ranch in Northern California, and she said to me, “What are you going to do now? You should do what you really love.”

I said, “Well, what I really love is animals.” She said, “Well, why don’t you write a book about animal feelings?” I said, “That’s a great idea, but I’m sure there are hundreds of them.” I looked, and there were none. So I published When Elephants Weep, not expecting it to be at all something anybody would read, and it shot up to the bestseller list in the New York Times. It sold 900,000 copies.

I had been born a vegetarian. My parents were vegetarian, but I gave it up when I went to Harvard for a while, because it was just too difficult on my own as a student, and then came back to it when I wrote When Elephants Weep because I realized if animals had strong emotions, what gave us the right to kill them and eat them?

Then somebody wrote to me and said, “Well, you’ve done a fine job of looking at animal emotions in the wild, but what about animals on a farm, don’t you think they have emotions too?” I thought, well, of course they do. So I started doing research for the book, The Pig Who Sang to the Moon, about the emotional lives of farm animals. That turned me into a vegan because I saw how cows were treated, how chickens are treated when they give eggs, and I said, I can’t be part of that.  That was about 14 years ago.

N: That’s a long time. Back then, veganism wasn’t something that you heard a lot about. So do you feel that animals’ feelings are just as strong as human feelings, based on your experience and your research?

J:  Well, in my experience, some of their feelings must be stronger than ours. I know dogs and cats very well because I’ve lived with them for most of my life, and there is no doubt in my mind that dogs feel certain basic positive emotions more strongly than we do. If you think of loyalty as an emotion, the feeling that accompanies what’s in your body when you’re being loyal to your friend, then dogs surpass us, no doubt about it.

With cats, I wouldn’t say that their love surpasses ours, but I would say their sense of contentment is greater than ours. That is, when a cat’s really content, they’re lying in a warm room and they’re purring and they’ve got their body stretched out next to yours, that sense of pure enjoyment is greater than what we have.

All of my cats were outdoor cats. We were living on a beach in New Zealand, and it was totally safe. There were no cars allowed anywhere near there, so the cats and I would go for long walks at night on the beach. The curiosity they would experience and the sheer delight as they would race around the beach…they took more pleasure from that walk than I did. I loved it, but I think they got more pleasure from it than I did. I would say contentment is greater in cats and the ability to feel pleasure in the moment is greater than ours.

N:  Would you say that animals’ feelings of pain are as strong as humans?

J: Absolutely. I have no doubt about that. I’ve read so many accounts saying when people slaughter pigs, they scream. They scream like a human being.

I have also seen it — I’m sure you have too. You’re driving on the highway, and you pass a truck, and there are cows inside going to slaughter. You make eye contact, and you realize they’re absolutely terrified, as terrified as we would be if we knew somebody was going to kill us. I have no doubt of that. I think their ability to feel pain is every bit as developed as ours. Why wouldn’t it be? Physiologically, there’s not much difference. Pigs and humans — that’s why we use pig organs, they’re so similar to ours.

N: With your books, what did you hope to accomplish?

J: When I wrote When Elephants Weep, I realized this was not a topic, animal emotions. There was no literature on it; I was just hoping that other people would take it up, which they did. I would say, I don’t know, there are probably hundreds of books since I wrote that book dealing specifically with animal emotions, and that’s exactly what I was hoping to do. I’m very, very happy about that.

At a more personal level, I really was hoping that people would become vegetarian. If they read this and they really believe the implications, that these animals feel pain and sorrow and disappointment and love and friendship just the way we do, then what right have we to kill them and eat them unless we have no choice? The truth is, we do have a choice. We are not obligate carnivores the way, say, a wild cat is. They can’t decide to become vegan. In fact, no wild animal gets to choose diet. They’re all born with a diet, and they stick to that diet.

In that sense, we are unique. We are probably the only animal on the planet that gets to choose what we eat. As you know, more and more of us are choosing to go vegan because of the simple reason we don’t want to hurt animals.

N:  Right. Have you heard from readers who tell you, “Hey, I read your book, and after that I couldn’t eat a burger anymore?”

J:  Yes, absolutely. I got more of it when the book was first published, but even now I’d say once a week somebody will send me an email and say, “I just want you to know that reading … ” Mostly, one of the three books I wrote about this, so either When Elephants Weep or The Pig Who Sang to the Moon or The Face on Your Plate. They say they read it, and the next day decided to go either vegetarian or vegan. I love that.

For some reason, my books on animals are popular in Italy. For the first time, there’s been a tremendous interest in veganism there in the last couple years. While it hasn’t been my book exclusively, I think that helped a great deal. A lot of people in Italy have read those three books, and I know because I get letters from Italy that a number of people have gone vegan because of reading them. Now I see that Italy is one of the leading countries for veganism.

N: So what would you say to people who don’t want to hurt animals, but just aren’t sure about taking the next steps?

J: I think they should see a really good movie, say like, Cowspiracy or Forks Over Knives. My favorite is Cowspiracy just because the guy who did it was not vegan or vegetarian when he started out, and that was not his point. By the time it’s finished, you realize, my god, it was so convincing. I know that some people have seen Earthlings, and that turned them vegan overnight. They just couldn’t bear to see that kind of suffering.

The other thing that I like doing, especially for children, is to go to an animal sanctuary. Because when children are exposed to these very same animals that they eat on a place where they are not harmed, it clicks for them. They say, “yeah, why would I eat them?”

You see if you’ve ever been to an ordinary farm, you see sheep and they run away from you; cows won’t go near you. Then you go to a sanctuary, and these same animals come straight up to you and feel no fear. You realize that we’re doing something wrong to them when we kill them and eat them, and that realization, it’s not an intellectual thing. When you actually feel it in your body, I can’t do this anymore, that makes a huge difference.

If you think of the Me Too movement and how this has affected even men — it’s like there’s a real transformative moment for people and for societies. We’ve had that now totally for the Me Too movement, and we’ve had it partially for veganism.

The world is full of Weinsteins or mini-Weinsteins. And just ordinary guys who say, “Oh yeah, I don’t believe that. They’re exaggerating,” and so on. Still, it is a moment in society where everyone is thinking about it, and I think at some point, we’ll reach that same tipping point for eating animals. I’m sure of it.

N: So you see animal rights as one of the major social movements of our time?

J:  Oh, yes, definitely. I would say the Me Too movement, Black Lives Matter, immigrant rights, eating animals, people’s sexuality — these are the movements toward total equality. And that has to be economic equality eventually. I think we’ll come to the point where we’ll realize it’s just wrong to have four people in the United States have as much money as half of the population.

If you think about equality, it includes animals. We all want to be safe. We don’t want anyone to cross our physical boundary and hit us or cut our arm off or anything like that, and neither does any animal.

It’s about how we treat others, whether those others are other people or other animals.  That’s the central question of being human, really, and we’re only starting to get there now.

All of the books mentioned in this article — and many others from Jeffrey Masson — are available for purchase from Amazon and Barnes And Noble.