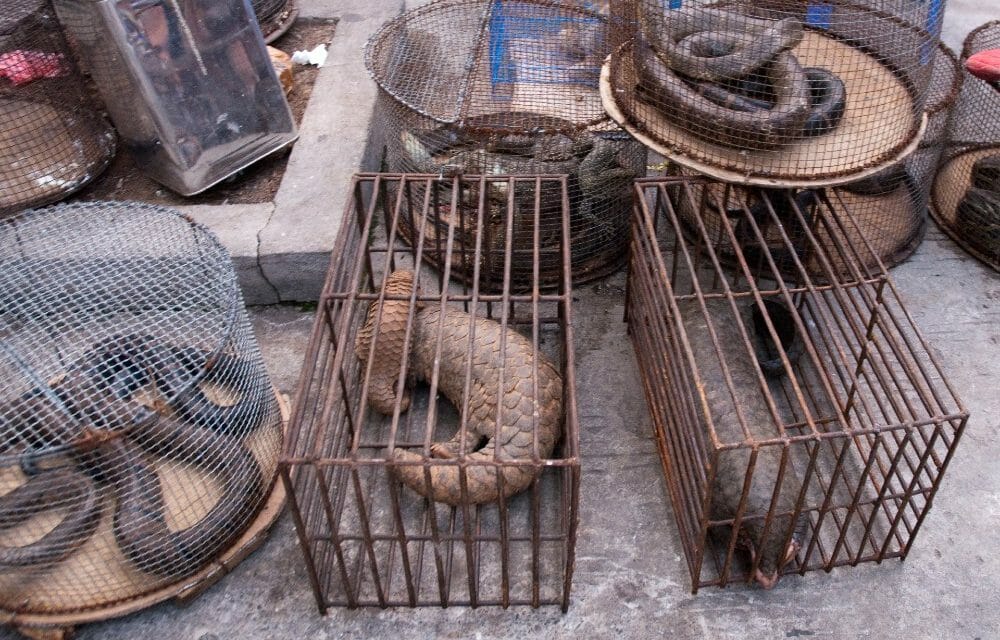 Fewer Chinese people are eating wild animals now that the deadly SARS and COVID-19 outbreaks have been traced back to live animal markets, a new study found.

The study, published in Human Ecology, shows that people’s attitudes about eating wildlife have changed significantly in the 17 years between the peak of the first SARS virus and now.

Each year at ‘wet’ markets, China’s cruel and dangerous wildlife trade sells millions of live or freshly slaughtered wild animals considered “exotics” — from bats and civets to monkeys and pangolins.

The Chinese government temporarily shut down all wet markets after SARS peaked in China’s Guandong province in 2003. Scientists believe the virus — which infected more than 8,400 people and resulted in more than 800 deaths — first impacted people who worked in the markets or ate the wildlife sold at the markets.

The government also temporarily shut down wet markets this year after scientists traced the potential origin of the virus’s cousin, COVID-19, to the Huanan Seafood Market, where consumers’ choices included bats, marmots, hedgehogs, badgers, and snakes.

By the end of March, when confirmed cases had just started spreading throughout the United States, the Hubei Province had already logged 67,800 confirmed cases of COVID-19.

Researchers from the University of Nottingham’s School of Biosciences, the Department of Health and Environmental Sciences, Liverpool University, and Jinzhou Medical University wondered about Chinese people’s attitudes toward consuming wildlife, given the deadly impacts of the viruses.

In April, they surveyed 348 people, more than half of whom lived in the Hubei province. They found that while 27 percent of participants had chosen to eat wildlife before SARS, only 18 percent chose to consume wildlife pre-COVID.

The majority of those who continued to eat wildlife said they did so because they liked the experience of eating something new or liked the taste of the meat. Meanwhile, those who had changed their eating habits said they had stopped eating wildlife because the species were legally protected or they disliked eating meat in general.

The study also highlighted that less than 10 percent of participants ate meat from wildlife because they believed it had nutritional value.

“This seems to indicate that wildlife meat, rather than being a necessary source of protein for the Chinese population, is nowadays simply a matter of personal choice,” the researchers wrote.

The researchers hope the study will serve as a jumping off point for future studies about people’s habits and attitudes toward wildlife consumption so that more effective prevention and treatment strategies can be developed.

If you haven’t yet, sign Lady Freethinker’s petition to end the cruel wildlife trade in China for good, saving innocent animals from slaughter and protecting people from potential future zoonotic disease outbreaks.