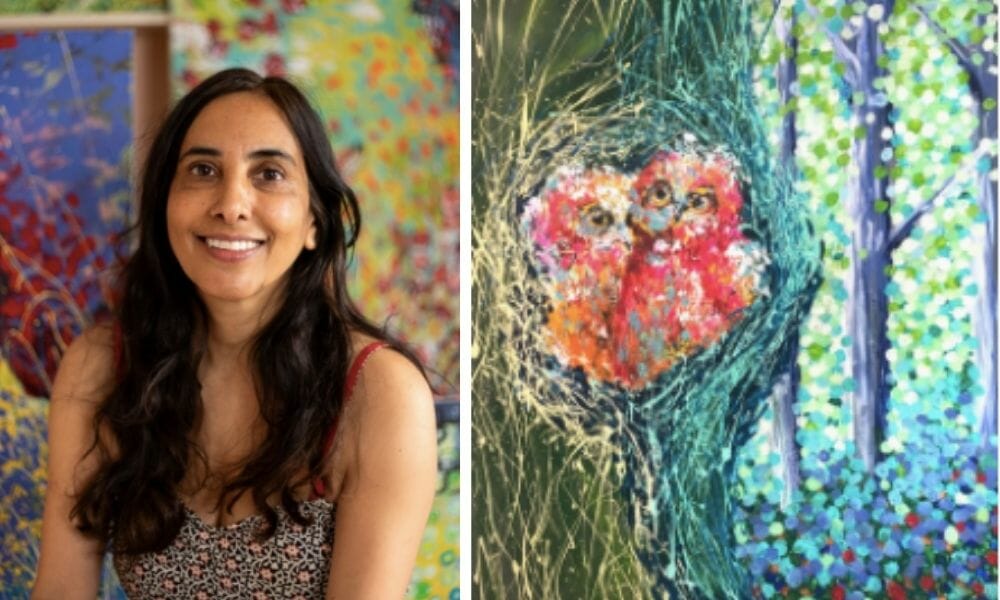 She’s a physician, a military veteran, an animal advocate crusader – and an artist with a new exhibit.

Dr. Aysha Akhtar has previously been featured by Lady Freethinker for her co-founding of the Center for Contemporary Sciences (CCS), a scientific organization devoted to finding alternatives to cruel and unreliable biomedical and research testing on non-human animals.

But now, she’s using her voice – and her talents – to speak up for animals and nature in a different way, with her first solo show opening at the d’Art Center in Norfolk, Va., on February 19.

“I really use my art to help people connect with animals and with nature,” she told LFT. 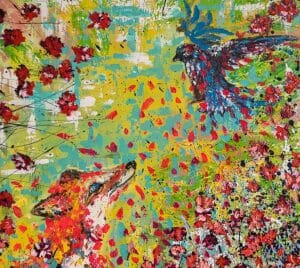 Akhtar said she taught herself to paint while in high school by recording and then watching renowned artist Bob Ross at work on his TV show slots, and that art was a needed outlet for her emotions while growing up. She then bought books on various medium – pastel, pen and ink, oil, charcoal, acrylics – to explore and develop her own style.

As a high-powered professional with a taxing day job, she finds freedom and balance through creating. Her art took off most recently when the pandemic descended.

“I’ve gone through periods of time where I have not done any artwork and then periods where I’ve been prolific,” she said.

Her canvases combine a touch of “raw wildness” and mixed media, with bases ranging from oil and pastels to acrylics, pen and ink, and metal, while her subjects have a common denominator: her love of the natural world.

Akhtar hopes that her art will inspire others to see the interconnection of all life, as well as the natural world’s beauty.

“I really want people to experience a sense of lightness, whether it’s whimsical, humorous, or that captures some of the beauty that surrounds us,” she said. “I want people to feel something positive.” 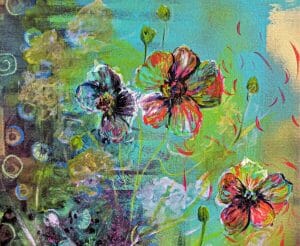 The ultimate goal of her art is to “create an emotional connection with our planet and other animals,” she says on her artist’s website.

“By doing so, I hope to help us all erase the artificial and rigid boundaries that we have drawn between ourselves and all other animals,” she writes. “Only then can we truly heal ourselves, our planet, and the animals around us.”

Of the transition from hobbyist to professional artist, Akhtar said it’s been “exciting.”

“By being able to sell my artwork, it allows me to continue to explore and produce, and I love the idea that someone will hang my art in their homes,” she said.

All proceeds will support Dr. Akhtar’s work with CCS to replace animal testing, she said.

Akhtar also has exhibited her art at the District Arts Gallery in Frederick, Md., and during a virtual exhibit at B Extraordinaire Gallery. She also was an 2021 Artists for Ahimsa – a Sanskrit word that translates loosely to “no harm” or “non-injury.” 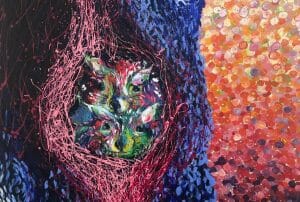