Anti-Poaching Efforts Work! Kenya’s Elephant Population is On the Rise 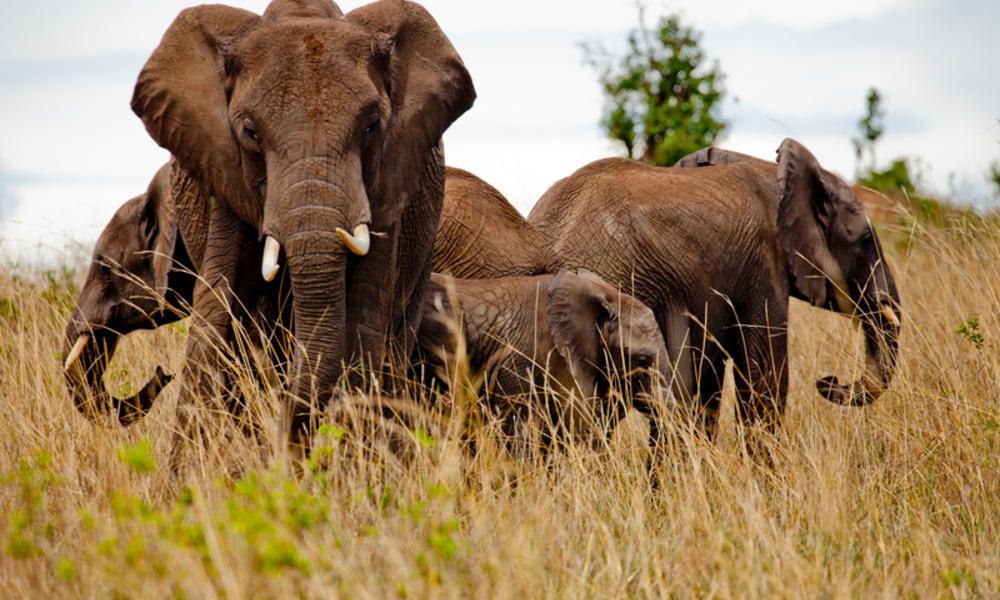 Wildlife surveys from Kenya this year reveal that elephant populations in five key habitats have grown from 13,990 in 2012 to 14,642 in 2017. This promising rise in numbers is attributed to stricter laws, cooperation between border patrols and law enforcement, and an increase in international awareness and collaboration to combat the illegal ivory trade.

Judy Wakhungu, Cabinet Secretary in the Ministry of Environment and Natural Resources, said “the country’s stringent wildlife laws that root for a minimum of 20 years imprisonment for ivory trafficking have discouraged poaching of elephants and rhinos.”

Kenya is rich in national parks and reserves, which are home to about 32,ooo elephants. Every three to five years, researchers conduct surveys to measure the populations of these endangered mammals in targeted areas. In savannah areas, aerial surveys collect data, while in forested areas — where aerial surveys are problematic — researchers collect data on elephant dung to get an accurate estimate of numbers.

A 2016 survey in the Masai Mara area showed a 72% increase in elephant populations since 2014. This is promising news for elephants and other endangered species in Kenya, after experts predicted in 2013 that the African elephant was on the fast track to extinction due to the massive ivory trade. Poaching in 2012 and 2013 killed more elephants and rhinos than any other period in the last 20 years. Following this announcement, Kenya took rapid action and approved the Wildlife Bill and Policy, which dramatically increased ranger patrols in protected areas, approved the employment of 1,000 more rangers, and increased fines and prison sentences for people convicted of poaching.

Although the news for elephants and rhinoceros in Kenya is promising, the battle to save the megafauna of Africa continues, with more ivory being shipped out of the Kenya’s port in Mombasa than anywhere else in Africa.

Dr Richard Leakey, Chairman of Kenya Wildlife Society, applauded a recent report by TRAFFIC: “this report highlights the considerable progress made by the authorities in addressing wildlife poaching and trafficking in Kenya but does not shy away from acknowledging the considerable challenges that lie ahead: it is a blueprint for taking action against the organized criminal syndicates who undermine our society and rob us of our wildlife.”