Another Dolphin Dies With A Belly Full Of Plastic 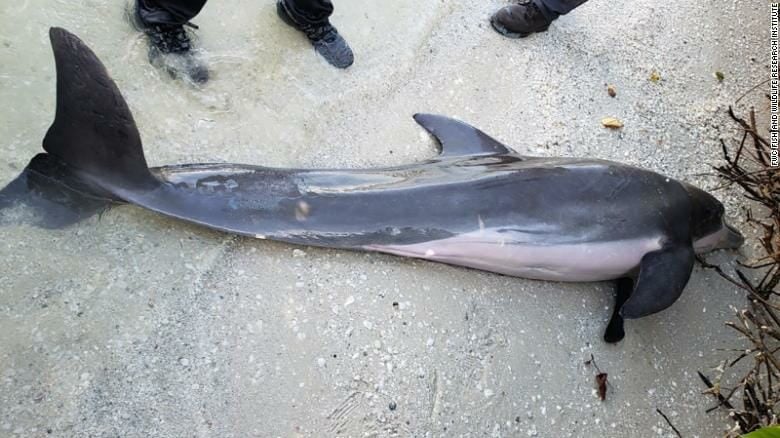 A second dolphin has died in Florida within the space of a month, after ingesting plastic waste. The seven-year-old male dolphin was found dead on Fort Meyers Beach in Big Carlos Pass, according to the Florida Fish and Wildlife Conservation Commission (FWC).

A necropsy discovered a two-foot (24-inch) plastic hose in the dolphin’s intestines, complete with a nozzle and metal clamp — similar to those used in portable shower kits commonly used by campers. 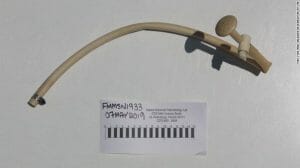 Less than a month earlier, on April 23, a baby rough-toothed dolphin was euthanized by biologists after she was found stranded on a beach in the same area, emaciated and suffering. In that instance, the necropsy revealed a piece of balloon and two plastic bags in her stomach.

These needless and heartbreaking deaths are only the tip of the iceberg when it comes to the world’s overwhelming marine plastic problem.

More than 100,000 marine mammals — from whales and dolphins to seals and turtles — perish annually due to plastic in our oceans.

Research suggests that around 56 percent of the earth’s whale, dolphin and porpoise species have ingested plastic of some kind, and thousands more have died from becoming entangled in ocean waste.

Human’s plastic production and use have spiralled out of control; we created more plastic in the first decade of this century than has ever been produced in history.

All marine life is at significant risk because of the global addiction to plastic; the data is astounding, with astronomical numbers of fish and seabirds estimated to have consumed plastic in their lifetimes.

While the international community is slow to take action, there have been some steps forward. Hawaii and California have banned plastic bags, and a ban in New York will take effect in March 2020. Many countries and regions have banned — or are in the process of prohibiting — plastic straws, bags and other single-use items.

However, we can’t sit back and wait for our leaders to make a change; the responsibility for preventing more suffering and deaths of innocent animals starts with each one of us. There are numerous ways to avoid using plastic, such as using environmentally-friendly alternatives like paper straws, and always taking your own reusable bags out with you when shopping.

“This is the second stranded dolphin in one month’s time from this region that had ingested plastic – reminding us again to look closely at our habits,” said FWC in a Facebook post. “Your actions can make a difference — secure and properly dispose of trash, take part in coastal clean-ups and share information on how to reduce marine debris with others.”