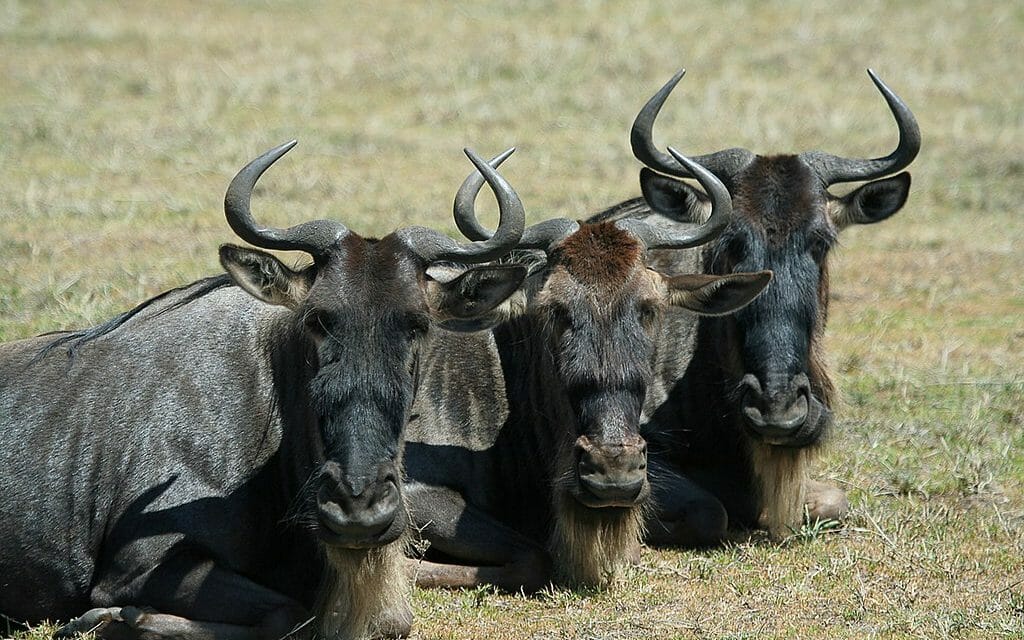 Animal documentaries often hit their dramatic peak with sequences showing a predator tracking  prey. Tension for viewers builds as a lioness inches ever closer to an unsuspecting wildebeest, until she leaps forward and lunges for his neck.

Sometimes the ensuing life-or-death struggle ends with the lioness dragging a corpse into the savannah brush. But other times, she doesn’t time the leap just right, and the wildebeest shakes free and runs back to the safety of the herd to pick up where he left off — seemingly unaffected by his flirt with death.

Scientists now say we may be missing the bigger story here.

Several researchers who have studied animals within their natural habitats have now determined that repeated and stressful interactions with predators affects animals’ brain chemistry.

The studies indicate that animals can, in fact, experience post-traumatic stress disorder (PTSD) — with symptoms similar to those demonstrated in diagnosed humans.

The researchers’ results contribute to growing information about animal sentience that could have implications for how we treat them, as well as how people with PTSD view their own condition, the researchers said.

PTSD refers to a psychiatric disorder that occurs in some people who have experienced or witnessed a traumatic event, such as a natural disaster, a serious accident, or abuse. People suffering from PTSD often experience flashbacks and nightmares and intense feelings of sadness, fear, or anger long after the event.

Psychologists historically have viewed PTSD as unique to humans. But recent studies suggest that other mammals and birds experience PTSD-like symptoms, too, following traumatic experiences.

In one such study, researchers Rudy Boonstra and Michael Sheriff found elevated levels of the stress hormone cortisol in the feces of live-caught hares living in areas with high numbers of predators. They also observed these same fear-stricken animals hid more frequently and had smaller and fewer babies — behavior changes that persisted up to five years after the predators died off in the area, according to BBC.

The animals’ heightened fear response and hypervigilance — similar to symptoms of PTSD in some people — have caused some scientists to consider including nonhuman animals in the list of beings who can experience PTSD after traumatic events.

Sarah Mathew, an evolutionary anthropologist at Arizona State University, said existing studies already have noted other behaviors shared by humans and other mammals.

“This includes learning about and responding to danger, and avoiding situations that present life-threatening risks,” she said.

Graeme Shannon, a behavioral ecologist at Bangor University in Wales, also has noted parallels between PTSD diagnosed in humans and behaviors of elephants who have gone through ordeals.

African elephants live in extended family groups ruled by matriarchs. Due to illegal poaching and legal culling, many elephants have witnessed family members being killed — an experience that is both terrifying and that leaves them without a stable family structure.

Childhood trauma and the lack of a stable family are major risk factors for PTSD in humans. Shannon believes that’s also true for elephants.

Elephants who have experienced trauma exhibit a “radical change in their development and behavior as they mature,” he said. Many elephants remain on high alert for years, causing them to react with heightened aggression in triggering situations.

Shannon recalled a trip he and fellow researchers took to the Pangola Game Reserve in Africa, telling the BBC that they followed a herd of elephants at a respectful distance in their car. When Buga, the matriarch of the herd, noticed them, Shannon turned off his engine and waited.

Rather than passing peaceably on her way, Buga charged the vehicle, sending the researchers scattering  — a behavior that Shannon attributed to her stressful capture and relocation six years before, according to BBC.

These findings are part of a growing body of evidence showing that fear-inducing experiences can have long-lasting, PTSD-like effects on wildlife, as well as humans.

The researchers of the studies noted that while PTSD can have detrimental effects for people long after danger has passed — such as in the case of veterans, after a war has ended — the changes to brain chemistry in animals can help keep them alive.

Liana Zanette, another researcher who has studied the evolutionary fear response in wildlife to predator attacks, said that healthy response in wildlife to life-threatening circumstances could help people diagnosed with PTSD realize that their fearful reactions to traumatic events is “normal,” cut down on the stigma associated with PTSD, and help people along the road to a healthy psychological recovery.

“There’s a stigma involved in PTSD, frequently, so people don’t seek treatment,” Zanette told BBC. “But if patients can understand that their symptoms are perfectly normal, that there is an evolutionary function for their symptoms, this might relieve some of the stigma around it so that people might go and seek treatment.”

Recognizing that animals are capable of carrying invisible scars from traumatic ordeals — such as intentional abuse, torture, or other animal cruelty — also could have major implications for stricter sentencing of animal abusers in cruelty cases.

Lady Freethinker applauds all scientists who choose to learn more about other life forms through humane and non-intrusive methods, including allowing animals to remain in their natural environments, to come to these revelations.