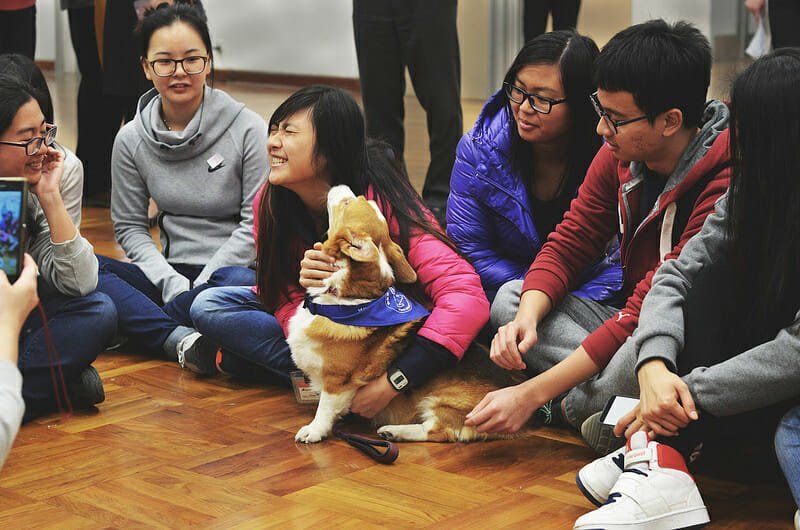 The Ministry of Education in China is introducing an animal welfare course geared towards high school students. The new lesson plan is an impressive step forward for a nation that has long been criticized for its disregard for animal rights.

The new class will be a part of the biology educational program, designed to educate students about important issues regarding pets, farm animals, animals in captivity, wild animals and the dog and cat meat industry. The course will include field trips to various farms and rescue centers.

Animals Asia has been campaigning for improved animal welfare in China since 1998. Founder Jill Robinson cheers the new course, expressing that Animals Asia “applaud[s] the Chinese government’s decision to introduce animal welfare as a high school subject, thereby opening the minds of young people across the country to the needless suffering of animals.”

Robinson reports seeing a gradual attitude change in the Chinese nation as a whole, including an increase in vegetarianism and veganism, thanks to a new generation willing to speak out against inhumane practices. According to Robinson, “The people of China are often the recipients of criticism from around the world when it comes to animal welfare. But there is an enormous and growing movement of animal activists in China today.”

Humane Society International (HSI) has been promoting for lab animal welfare, captive animal welfare and various other issues in mainland China for over 10 years. “China cannot be a modern country if animal abuse and cruelty to animals are allowed,” says Peter J. Li, China policy specialist with the HSI.

To date, Chinese legislature contains no sweeping animal welfare protections. However, national policy has demonstrated significant progress, such as the 2011 ban on animal performances in zoos. In another advance, Kai Bao Pharmaceuticals, a major producer of bear bile, announced they would invest $3.7 million USD into researching a synthetic alternative.

Although these steps forward should be applauded, China’s animals still face many issues, including the ongoing Yulin dog festival, where over 10,000 dogs are slaughtered each year.

Sign our petition to the Chinese government demanding they ban the dog and cat meat trade and enact a national animal welfare law.