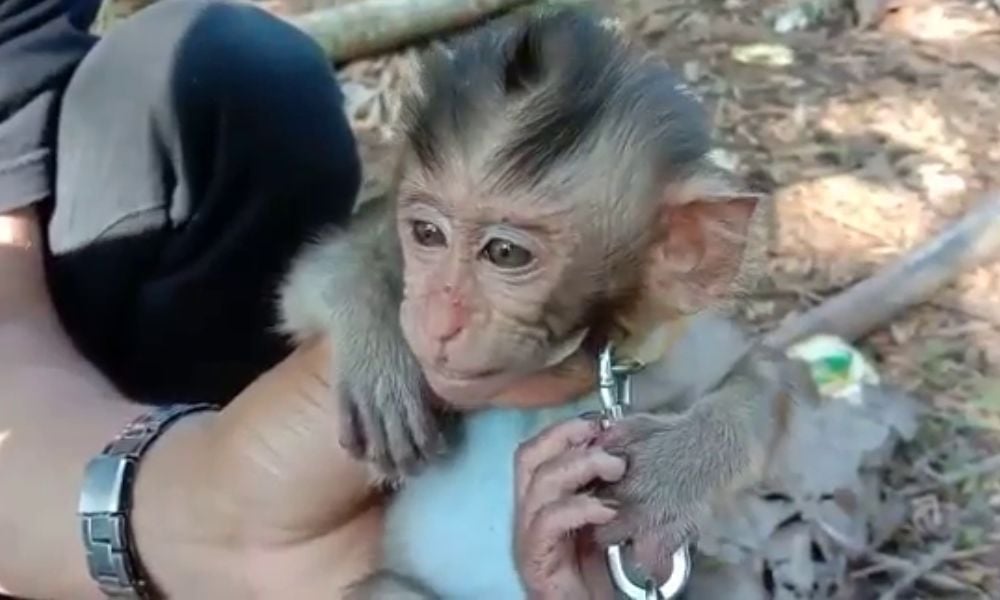 Animal advocacy groups, Action for Primates and Lady Freethinker, have welcomed action taken by Indonesian law enforcement against an individual involved in in the shocking and perverted underworld of ‘monkey torture groups’; in which baby monkeys are tortured and killed on camera for online ‘entertainment. Asep Yadi Nurul Hikmah, who is responsible for unimaginable cruelty and abuse inflicted upon baby monkeys, was convicted under two Indonesian laws (The Conservation Law and Animal Husbandry and Health Law), and sentenced to three years in prison with a fine of five million rupiahs.

Lady Freethinker and Action for Primates are grateful to the following agencies that were involved in the arrest and conviction: Indonesian National Police (Mabes Polri), Directorate General of Law Enforcement on Environment and Forestry (Gakkum KLHK) and Tasikmalaya Police (Polres Tasikmalaya).

An investigation carried out by the animal groups in 2021 uncovered a disturbing escalation of animal cruelty online, with private online groups on platforms like Telegram, working with people in Indonesia to facilitate monkey torture videos. The torment and torture inflicted upon baby monkeys included physical beatings, mutilation, cutting off parts of the body and setting fire to monkeys whose legs and hands were tied.

Shockingly, many of these videos have also been posted on YouTube, making them easily available for others, including children, to access and view. Lady Freethinker and Action for Primates are calling on social media and video sharing platforms to take immediate action to stop the proliferation of animal torture content that is being posted online.

Sarah Kite, co-founder of Action for Primates, stated: “We welcome the action taken by the Indonesian authorities. Filming the torture and killing of baby monkeys for ‘entertainment’ must never be tolerated. This conviction sends an important message that, we hope, will deter other people from becoming involved in these perverted and sadistic activities.”

Nina Jackel, Founder of Lady Freethinker, stated: “Torturing and killing monkeys for online ‘entertainment’ – or for any other reason –  is appalling and unacceptable. We are relieved that this individual, who is responsible for unimaginable cruelty, was convicted.”

*Law of the Republic of Indonesia Number 5 of 1990 concerning Conservation of Living Natural Resources and their Ecosystems and Law No. 41 of 2014 concerning Amendments to RI Law No. 18 of 2009 concerning Animal Husbandry and Health