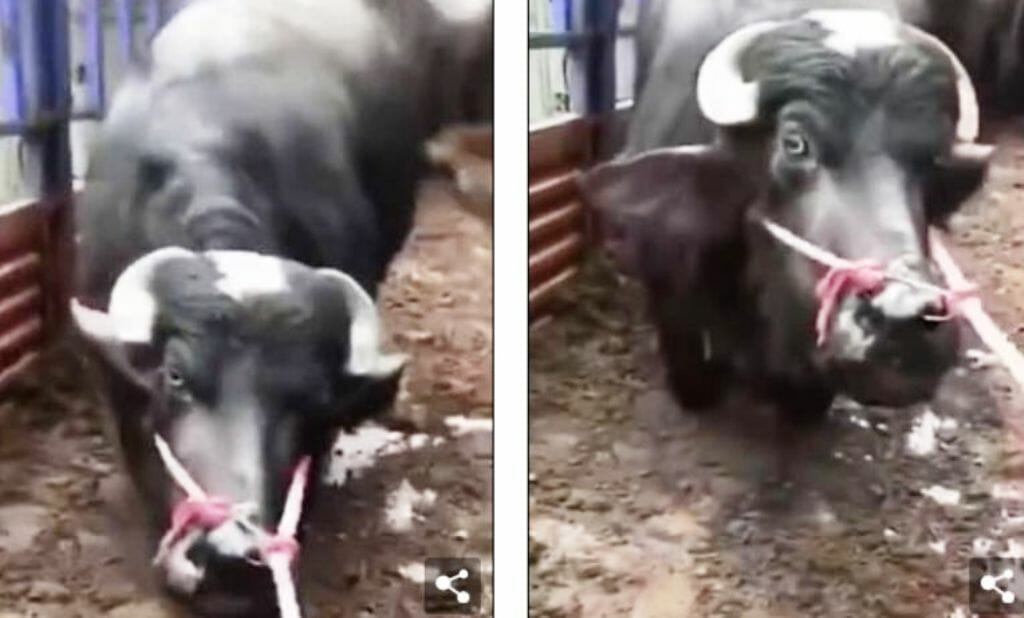 After video footage showed a pregnant cow kneeling down in front of workers at a slaughterhouse in China, animal advocates raised over $3,500 to buy the cow alive from the butcher, sparing her life and the life of her unborn calf.

The touching clip captured the cow bending down on her front legs with tears in her eyes, seemingly begging to be released from the abattoir.

According to Chinese news outlet The Paper, an insider, Lin Wangbo, witnessed the event, confirming that the cow continued to kneel throughout her journey to the slaughterhouse.

Lin added that after arriving at the slaughterhouse and before the butcher attempted to haul her from the truck into the butchery, the poor cow “knelt and kept crying.”

When the moving video went viral on WeChat, a number of animal lovers witnessed the heartbreaking event and collected $3,572 through online fundraising in order to save the innocent creature.

Her rescuers took the fortunate cow to the nearby Golden Lion Buddhist Temple in Jieyang where she can live out her life in peace.