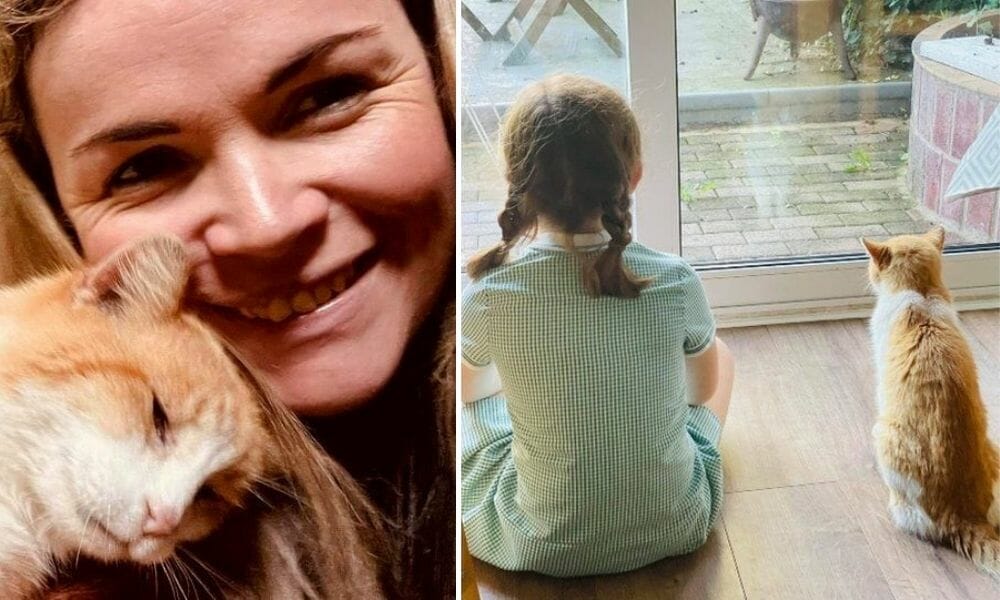 More than a decade after going missing, a beloved cat named Alfie reunited with his original owner — a sweet little girl who is now all grown up.

Alfie went missing in 2009, when social media was less popular than it is now. His guardian, Shelley Brockbank, tried all the traditional ways of searching for him –  from distributing “Lost Cat” posters with his picture and her contact information to checking animal shelters – without finding him.

She had a suspicion as to why.

“Alfie had a tendency for getting in people’s cars if the windows were left open,” Brockbank said. “I believe that is how his adventure began.”

After 12 years and no leads, Brockbank had lost all hope of finding Alfie. Then she saw a Facebook post by the Jersey Society for the Prevention of Cruelty to Animals (JSPCA) that showed his picture and described him as a stray.

Despite having aged “quite a lot,” Brockbank had no doubt she was looking at Alfie.

“There was no mistaking that was Alfie,” she told Jersey Evening Post.

“When we got him home, he came out of his box and was immediately rubbing up against my leg, trying to get in my lap,” she added. “It was almost like [he was saying]: ‘I’m home.'”

Brockbank looks forward to spending lots of time with her precious friend.

“Whatever time he has left,” she added, “I am glad that we get to spend it with him.”

While this happy story warms our hearts, it also highlights the dangers of allowing cats to roam outside unsupervised. Cats who are allowed to freely roam are at increased risks of catching disease, being injured or attacked, and also contribute significantly to unnecessary wildlife deaths. Lady Freethinker encourages all cat guardians to not let their cats outdoors without proper supervision and care.