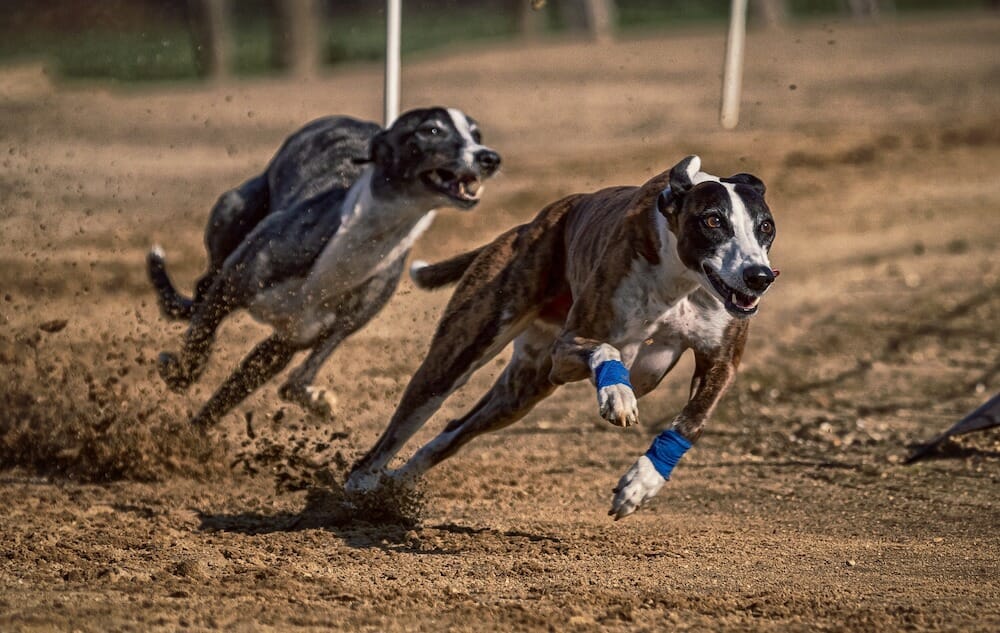 The last remaining greyhound dog racing track in Alabama has decided to officially end live greyhound racing due to financial concerns and a decline in public interest for the “sport.”

The Birmingham Race Course dog track has been holding live greyhound races for 28 years, but the track operator for the Jefferson County Racing Association announced that races would cease beginning on May 1, 2020, WVTM reported.

The association made its decision during a course closure due to the coronavirus pandemic.

A “massive” adoption drive was put into place for around 600 dogs in need of loving families due to the Birmingham dog track closure, Kip Keefer reported. About 550 of those homeless greyhounds have been put up for adoption, but worryingly, those still “in their prime” are still trapped in this abusive form of entertainment and will be sent to other operating race courses.

Greyhound track racing causes immense suffering to thousands of dogs throughout the United States. The innocent canines are frequently hurt both on and off the track, with devastating injuries such as broken legs and backs, head trauma, and electrocution. An astonishing 10,188 greyhound injuries were documented between 2010 and 2018.

When not racing, the dogs are kept in cramped cages, often underfed, and given prohibited drugs, including cocaine, amphetamines, prohormones, beta-blockers, and steroids.

It is time for this brutal industry to be banned throughout the entire United States, ending the pain and torture endured by these beautiful creatures.