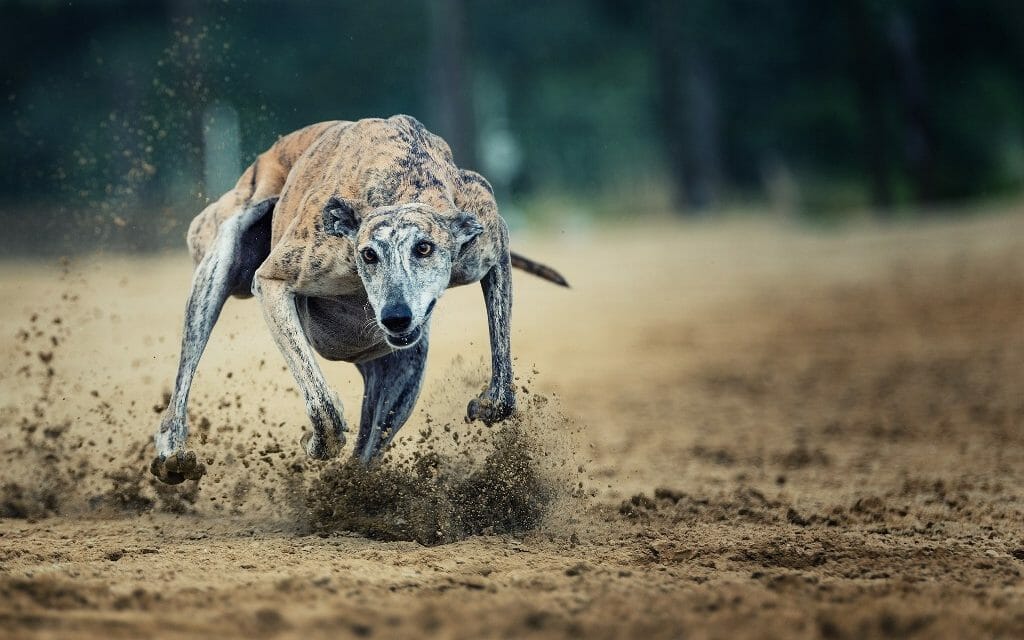 UPDATE (3/3/2021): The Scottish Government told Lady Freethinker that it has no plans to ban greyhound racing but will continue to monitor the situation and encourages people to report concerns to local authorities or the Scottish SPCA. A spokesperson said the Scottish Animal Health and Welfare Act of 2006 provides sufficient protections: including penalties of up to 12 months in prison or a fine of 20,000 Euros for people who intentionally cause unnecessary suffering to their dogs, and penalties of six months in prison and up to 5,000 Euros for those who fail to provide adequate conditions for animal welfare.  According to the law, animals must be provided with suitable environments, housing, and diets, and animal guardians also must protect their animals from suffering, injury, and disease.  The government also noted that a 2019 amendment to the law increases penalties for the most serious animal welfare offenses to a maximum of 5 years incarceration and unlimited fines.

Ruthless greyhound trainers in Scotland are forcing dogs to take cocaine in a cruel effort to make them win more races, callously placing profits over the dogs’ safety — and even their very lives.

An investigation released by The Sunday Post found that as well as cocaine, dozens of greyhounds at Shawfield Stadium have been given prohibited drugs including amphetamines, prohormones, beta blockers and steroids. All of these can cause heart attacks, strokes and seizures.

Greyhound racing is already a brutal and deadly sport. Thousands of dogs suffer debilitating injuries like broken legs, necks and spines. When deemed no longer competitive, many are simply killed and tossed like trash.

When not racing, these beautiful creatures are forced to live in filthy, barren kennels or out in the cold with inadequate shelter and food.

In 2018 alone, approximately 932 racing greyhounds died and another 4,963 suffered terrible injuries in the UK. Racing greyhounds are rarely given veterinary attention and are often riddled with internal parasites, fleas and ticks.

Even though a number of trainers have been caught doping greyhounds, there has been little or no action to prevent this ongoing cruelty. The only way to end the dogs’ suffering is to ban dog racing completely, as local activists such as those in Say No to Greyhound Racing in Scotland are working to do.

Sign this petition to urge MSP Gougeon to prohibit inhumane greyhound racing and close down Shawfield Stadium permanently so these graceful dogs are no longer forced to endure pain and death in the name of “sport.”