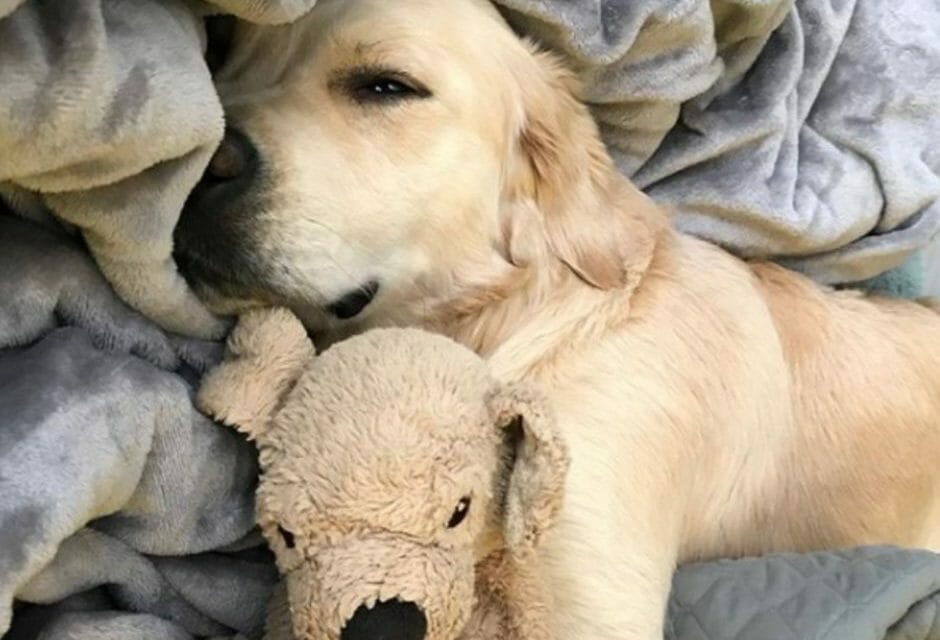 Amsterdam couple Zita Butler and Marc Wisselo decided a year and a half ago to welcome a furry addition into their family. In search of their new companion, they visited a family in northern Holland with a litter of golden retriever puppies available for adoption.

The moment Barley, as he came to be known, was placed in Wisselo’s arms, the couple knew they were meant to give him a forever home. “It was the best decision we ever made,” Butler said in an interview with Good Morning America.

Since becoming a beloved member of the couple’s household, Barley has also stolen the hearts of his grandparents, who have a special couch for the pup at their home. He’s also adored by his more than 90,000 Instagram followers.

Barley’s famous Instagram profile features numerous adorable videos of him riding in his custom-made “bakfiets,” a type of bike that’s normally used for carting children around.

However, what the dog is best known for, perhaps, is his favorite buddy — a stuffed golden retriever named “Fluffy” who is always by his side. They spend all day, every day together, and when one of Barley’s guardians arrives home, he greets them at the door with his “mini-me” in his mouth.

Fluffy comforts Barley when he’s frightened by a loud noise, and the two sleep together every night. Even when Barley gets a bath, Fluffy is right there with him, also getting washed. Recently, Barley had to wear a funnel around his head after a veterinary procedure, and his plush pal wore a matching one!

Barley chewed most of his puppy toys beyond repair, as most pups do, but he is very protective of his special friend. To see more photos and videos of the adorable pair, you can follow Barley on Instagram at barleyboy.