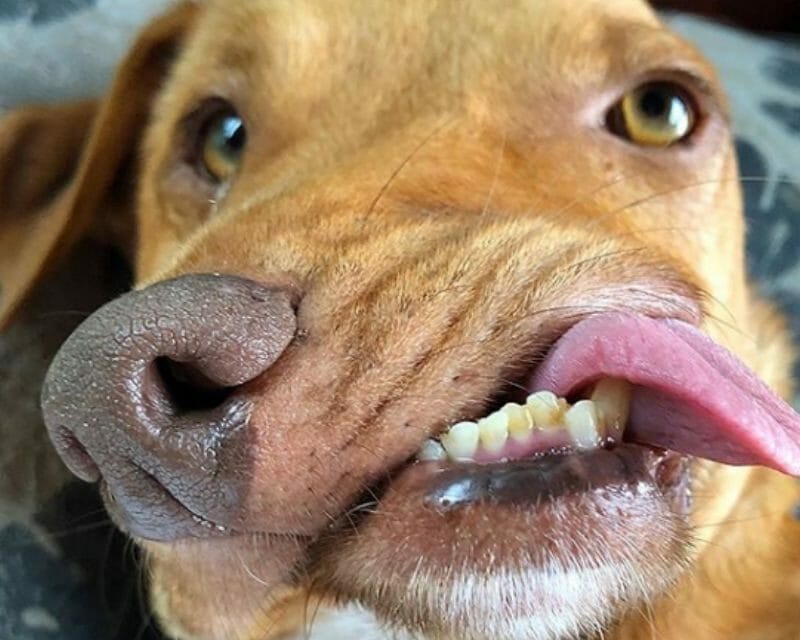 A “wonky-faced” rescue dog named Picasso has finally found a loving forever home after being abandoned during the holidays over three years ago.

Born with an upper-jaw deformity called “wry mouth,” the pomeranian, pit bull, and chihuahua mix was left behind with his brother, Pablo, two days before Christmas in 2016.

Liesl Wilhardt, who owns Luvable Dog Rescue in Oregon, took the pair in, intending to house them for just a few months, but the brothers stayed longer than planned. Pablo sadly passed away in October 2017 from a sudden brain aneurysm.

Meanwhile, Picasso, named after his uniquely adorable resemblance to the renowned artist’s portraits, remains in Wilhardt’s care. He’s grown comfortable at his now-permanent home, where he lives alongside a pig, two cats, and eight other dogs.

Picasso’s condition pushes his nose to the right and his overbite to the left, but it doesn’t stop him from eating, barking, playing, or otherwise living like any other dog.

“People feel sorry for him at first because they think he was hurt,” Wilhardt told Yahoo! News, “But he was born that way. He’s perfectly imperfect.”

People tend to fall in love in Picasso when they realize he’s not injured.

“Once they know he isn’t in any pain and nothing horrible happened to him,” Wilhardt continued, “they relax and his appearance makes him laugh.”

She documents Picasso and his animal friends’ adventures on Instagram for their nearly 220,000 followers.