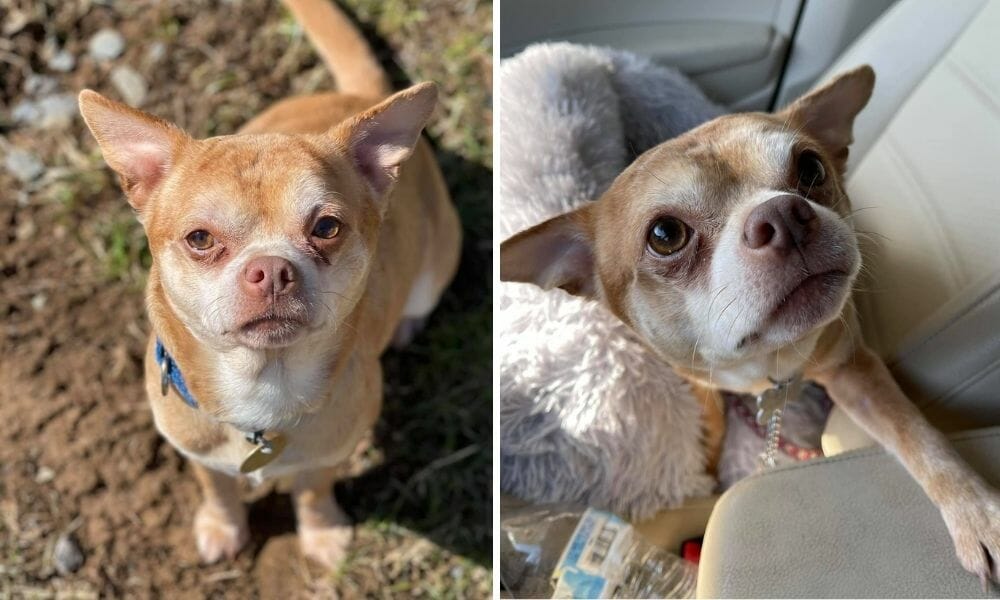 Prancer, a chihuahua whose videos went viral after his foster parent created a lighthearted adoption advertisement about his “demonic” personality, has finally found a loving forever home.

Tyfanee Fortuna, a fosterer with the New Jersey-based Second Chance Pet Adoption League, posted the ad earlier this month, describing Prancer as a “haunted Victorian child” and a “Chucky doll in a dog’s body.”

This is the best thing I’ve read in awhile. pic.twitter.com/rdn3X6GeWH

She mentioned that Prancer’s previous guardian had not properly socialized him, which perhaps explains his erratic personality.

“Ok, I’ve tried,” she wrote in the popular post, which had been shared more than 74,000 times on Facebook. “I’ve tried for the last several months to post this dog for adoption and make him sound…palatable. The problem is, he’s just not. There’s not a very big market for neurotic, man hating, animal hating, children hating dogs that look like gremlins.”

But she added that doesn’t mean there isn’t the perfect home for him! Fortuna said the pup is loyal, enjoys car rides, follows all basic commands, and has a non-destructive demeanor.

The humorous but off-putting ad caught the attention of Ariel Davis, a New Haven, Conn., resident, who found the ad relatable and understood Prancer’s unique needs.

Davis told Today that she previously had a dog who “had a lot of the same qualities as Prancer, he was a little neurotic and he barked a lot and he didn’t work well with other people and other animals.”

“I spent a lot of time working with him and understanding his personality and learning about myself through him,” she added.

After spending time in rehab, Davis longed for companionship and consulted with her support network, who loved the idea of her adopting Prancer. The pair instantly connected when they met, and Prancer went home with Davis that day.

She described the dog as very loving and sweet despite his finicky and hyperactive personality and said that he is adjusting well to his forever home.

This heartwarming story reminds us of the importance of second chances for both dogs and humans, and the healing bonds we form with our canine companions.