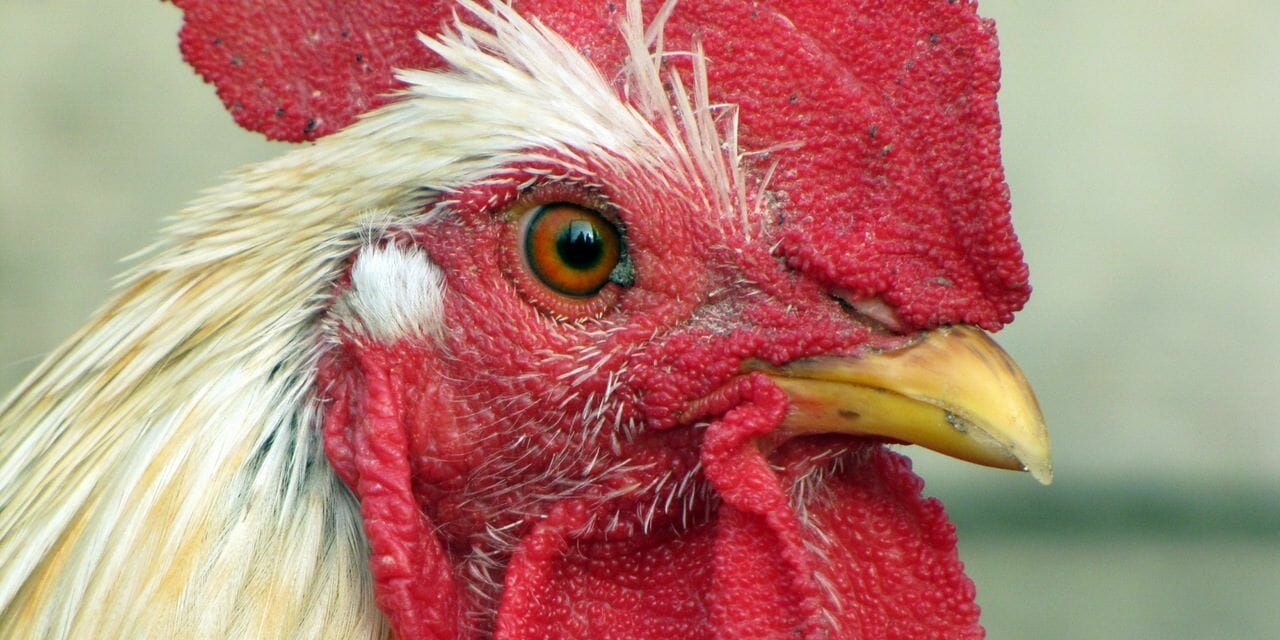 Thousands of chickens and roosters are slaughtered each year as kaporos. Picture by 21150 via Pixabay.

The Alliance to End Chickens as Kaporos, which aims to put a stop to the ritualistic “swinging” and killing of chickens that takes place before the Jewish Day of Atonement, Yom Kippur, is holding a rally, press conference, and protest in New York and other regions over the next two weeks.

“Everybody is shocked when they hear about this practice,” Rina Deych, a founding member of the Alliance to End Chickens as Kaporos — a project of United Poultry Concerns (UPC) — told Lady Freethinker. ““Most Jews don’t know it’s still going on in this day and age.”

The rally will take place on the steps of New York City Hall on Wednesday, October 5th from 1:00pm to 2:00pm. Activists are calling on New York Mayor de Blasio to intervene in the practice, which violates several laws and health codes.

They will also protest the mistreatment of chickens leading up to the ritual and their subsequent slaughter on the 9th and 10th of October from 6:00pm to 8:00pm in Brooklyn, where the custom is often practiced.

Killing Chickens to Atone for Sins

In Jewish tradition, Yom Kippur is a time to reflect on the past year and atone for sins. Many seek repentance through prayer, fasting, and attending service at a synagogue.

Some communities of Orthodox Jews, however, atone by adhering to a misguided custom that dates back to the 9th century – they swing a chicken overhead as they recite certain religious passages. In theory, sins are transferred to the chicken, which is then slaughtered.

“Most of these people don’t even realize they’re causing distress to the birds,” said Deych, who has spent years protesting and closely interacting with communities that use chickens as Kaporos. “They truly believe they’re honoring the birds.”

Although only those who follow a branch of Hasidic Judaism, Chabad-Lubavitch, typically believe in these kinds of atonements (called kaporos or kapparot), the practice is surprisingly widespread – every year, 60,000 chickens are subject to this brutal ritual in New York alone.

The Origin of Chickens as Kaporos

There are no explicit religious documents or passages in Judaism that promote killing chickens to atone for sins. In fact, the Torah actually goes against the practice. According to Rabbi Shlomo Segal, “the Torah prohibits Jews from causing any unnecessary pain to living creatures, even psychological pain.”

So where did the practice come from?

According to the Alliance to End Chickens as Kaporos, because the Hebrew word for man and rooster are the same (gever), some early Jewish scholars argued that human sins could be transferred to a chicken or rooster.

Many Jewish people are critical of this practice though, arguing that not only is it unsupported by the Torah, it also defeats the purpose of Yom Kippur and the idea of atonement by projecting your sins onto something else.

How Practitioners Use Chickens as Kaporos

During the ceremony, rabbis recite a religious passage before they grab a chicken by the wings and wave it slowly over someone’s head three times.

According to Chabad.org, while swinging the chicken, they affirm that their sins will be transferred, saying “this is my exchange, this is my substitute, this is my expiation. This chicken shall go to death and I shall proceed to a good, long life and peace.”

Afterward, they slit the chicken’s throat, and drop it into a bucket to bleed to death. This process is repeated for each person seeking repentance.

Some say they cook and feed the chickens to the poor, but Deych says “that’s absolutely not true.” Instead, “most of the bodies of the chickens are just dumped.”

She knows from first-hand experience what really happens, as you can see from the video below.

Although she doesn’t consider herself orthodox now, Deych grew up in an “ultra-orthodox” Jewish household. She remembers hearing her grandfather talk about the practice of using chickens to atone for sins and calling it “ridiculous.”

“I thought he was referring to something that happened back in the middle ages,” she said.

However, years later when she was walking around the neighborhood with her son, she saw crates of chickens stacked on top of each other, and people slitting their throats.

“It was the most horrible thing I’d ever witnessed,” she exclaimed. “I went around the neighborhood finding these places where it was being done and I tried to talk to them.”

At first, many animal rights groups were hesitant to take up the cause, especially given the complicated religious aspect of the practice. So for a long time, she protested the practice by herself.

The Alliance to End Chickens as Kaporos Fights Against the Brutal, Lesser-known Practice

Finally, momentum started building as animal rights activists started to realize just how widespread and serious the ritual was. In 2010, the Alliance to End Chickens as Kaporos was created, with Deych among the founding members.

Last year, they rescued over 200 chickens, and Deych thinks they’ve made a lot of progress in other areas as well.

Screenshot of chickens rescued from kaporos. Picture published on the Alliance to End Chickens as Kaporos’s Facebook page.

“Every year our protests have been bigger and bigger,” she said, adding that many rabbis have now spoken out against chickens as kaporos, too.

Few of the adults who perform the rituals seem responsive to the protesters’ arguments, or suggestions to use inanimate objects like money instead of live chickens, Deych said. Yet, they often get through to some of the children. A small number of participants also tell the protesters that they’re against the practice, but fear the ostracism that would come from speaking out publicly in their communities.

“I think we can reach a critical mass,” she said. “It’s just going to take time.”

Now, the group is focused on appealing to the authorities to step in.

Clearly, this practice raises many ethical objections. But that’s not the only problem. It also endangers people’s health and violates many laws.

To prepare for the ceremony, chickens are stacked in crates along the street in advance. Deych explained that the chickens are neglected for as many as 5 days before the ritual. During that time, they are deprived of food or water. Many die from dehydration.

Leaving live chickens outside on the street for days endangers the public health.

During and after the actual ritual, the situation is even worse. The blood, feathers, feces, and dead bodies of chickens left on the street clearly violate at least 15 state and city laws, including health and animal cruelty laws.

And yet, the practice continues.

Law enforcement enables these practices despite the fact they go against many laws. In fact, efforts by animal rights groups to enforce the laws were shot down in 2015, when a Manhattan judge ruled there wasn’t enough evidence to prove a health risk.

Despite appeals to local governments and the state, little has been done. Finally, a lawyer for the Alliance to End Chickens as Kaporos sent a letter to the CDC asking for assistance.

Unfortunately, the reply was “very dismissive,” said Deych. The CDC referred animal rights activists back to the state and local governments, which they’d already appealed to, effectively giving them the runaround.

Still, they aren’t giving up.

“The law trumps freedom of religion,” said Deych. “Our task is to prove that through legal means.”

For animal activists like Deych, fighting to protect these chickens is just the first step in a much larger cause. “This issue is very important because it makes people think about the concept of slaughtering animals and eating them to begin with.”