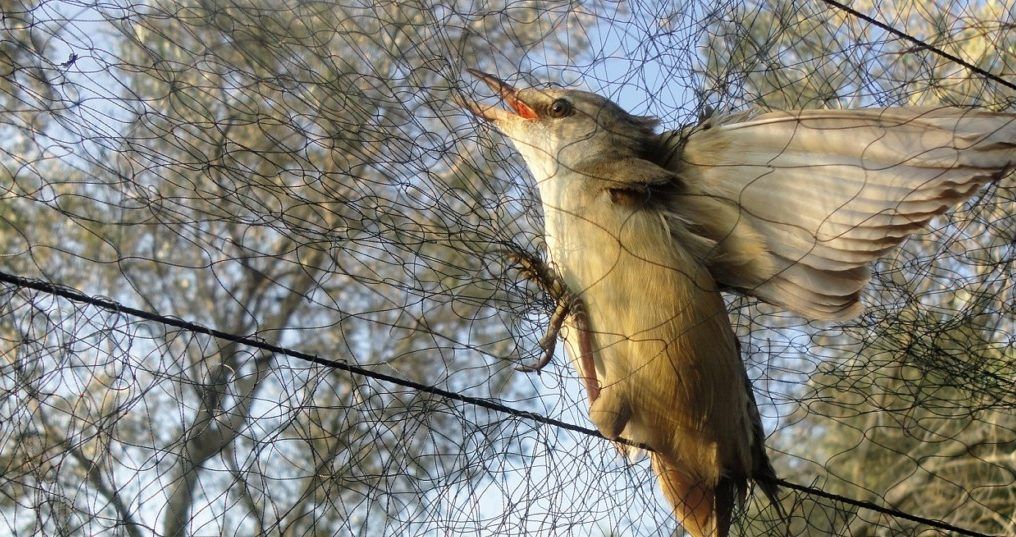 Illegally trapping songbirds has become a major issue in one of Britain’s domains, the British East Sovereign Base Areas (ESBA) in Cyprus and particularly on the British military base of Dhekelia. According to the NGO Committee Against Bird Slaughter (CABS), poachers set up at least 800 illegal nets over 10 kilometers, catching around 1.5 million songbirds in Dhekelia alone. To put a stop to the slaughter, CABS is asking citizens to support their push for government action by signing an e-card petition.

Poachers target many birds that migrate through Cyprus such as the blackcap, golden oriole, nightingale, cuckoo, warbler, and many more — some of which are endangered. Although trapping these birds is illegal, failure to enforce poaching laws and high demand for such delicacies, which are sold to restaurants throughout Europe, fuel a black market for songbirds.

CABS laments the fact that authorities have failed to act. Although poaching is banned, the presence of a strong trapping lobby and the criminal gangs that surround this market has contributed to lack enforcement.

“Every year they prune the tree of trapping but are afraid to cut it, because local trapping lobbies threaten them with riots,” CABS spokesperson Andrea Rutigliano told Lady Freethinker. “They have provided a safe refuge for the most professional trapping gangs of the area, because they passed the message that trapping was not a main issue for them.”

Punishing illegal trapping was never a priority, and now the criminality has grown out of hand. The British areas of Cyprus have become a paradise for trappers, according to CABS.

“We are running out of time and we believe that disrupting the trapping activity with all matters and means is the best solution,” said Rutigliano, who believes that tackling the demand for songbirds, while important, would require more time, education, and resources while simply enforcing the ban would provide a more immediate solution. “Once the policy is changed, these few hundreds of trappers, who are real criminals, will have to drop their lucrative business.” 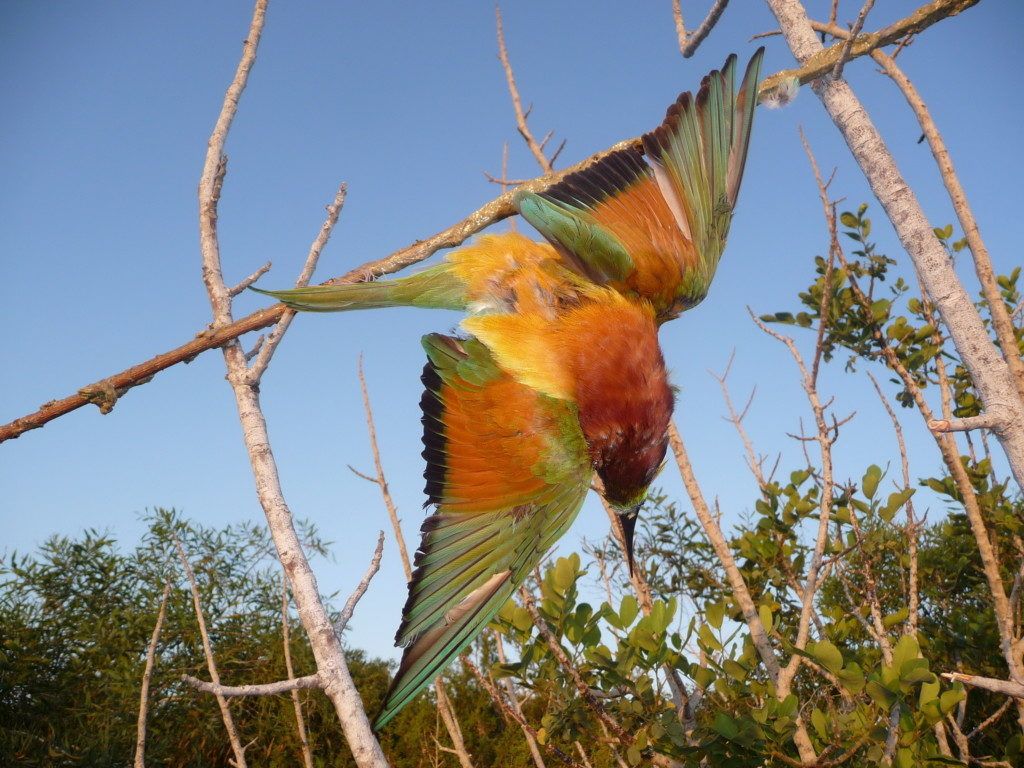 Bee Eater caught on a limestick. Photo provided by CABS

Poaching provides many ethical and environmental concerns that make the issue even more pressing.

“The size of bird trapping in the Mediterranean is still poorly studied and only 10 years ago it was underestimated if not completely ignored,” said Rutigliano.

Although few have looked at the impact of bird trapping in this geographical area, scientists have acknowledged the ecological consequences.

“Recently all scientific authorities have acknowledged that bird trapping is a major threat for birds in the western Palearctic,” stated Rutigliano, adding that many vulnerable species cannot handle poaching in addition to the stresses of environmental change. This was the case with the ortolan bunting in Scandinavia and France, whose populations have been decimated.

“For other species, the impact is difficult to evaluate, because of the unknown origin of the individuals migrating over a trapping hotspots,” said Rutigliano. “As a principle, when millions and millions of individuals are killed legally and illegally along their route, we have to be worried. The story of the passenger pigeons shows that even a numerous species can be wiped out in few decades.”