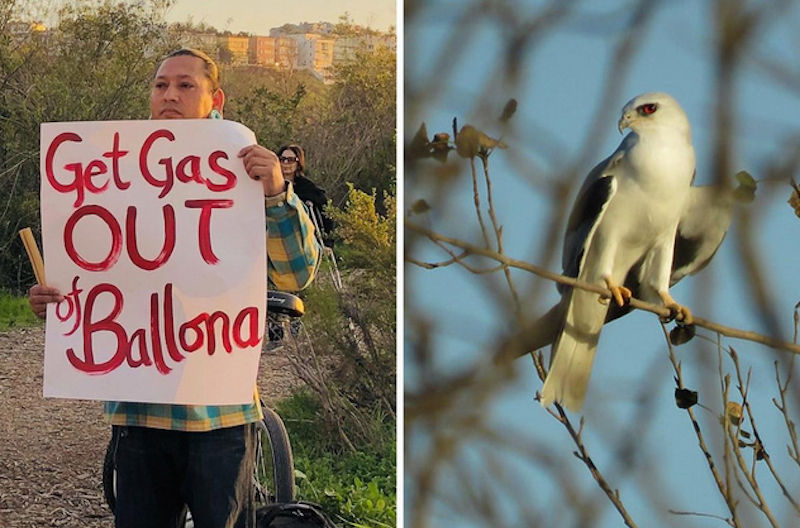 Image credits: In Defense Of Animals and Jonathan Coffin

Opposition to the Department of Fish and Wildlife’s proposal to bulldoze the precious Ballona Wetlands Ecological Reserve — Los Angeles’s last remaining coastal wetlands — is quickly growing. On Wednesday, a number of leading political figures took part in a Virtual Town Hall event to express their outrage over the proposed plan.

Originally put forward as a “restoration project,” detractors believe this is a tactic to conceal the the proposal’s true agenda: repairing gas pipelines below the reserve.

“This cynical ploy to deceive taxpayers has angered environmentalists, conservationists and animal advocates,” said Levinson, “who warn that thousands of animals and plants — many threatened and endangered — would be wiped off the face of the earth if this misguided plan is allowed to go forward.”

“Wetlands are vital carbon-sinks,” she continued. “This is precisely the type of habitat destruction that accelerates climate change. The answer is not to destroy LA’s last coastal wetlands; the answer is to close the destructive gas storage facility.”

An impressive 38 organizations have teamed with In Defense of Animals to denounce the potentially-devastating plans, including Lady Freethinker, the Sierra Club, Los Angeles Audubon Society, Ballona Ecosystem Education Project, Ballona Institute, the Canyon Back Alliance, the Coalition to Preserve LA and the Resource Renewal Institute.

The reserve is currently home to many native wild animals, including endangered and at-risk species like the California gnatcatcher, white-tailed kite, California least tern, Belding’s Savannah sparrow and El Segundo blue butterfly. The proposed construction project would destroy the land these innocent creatures depend upon for survival.