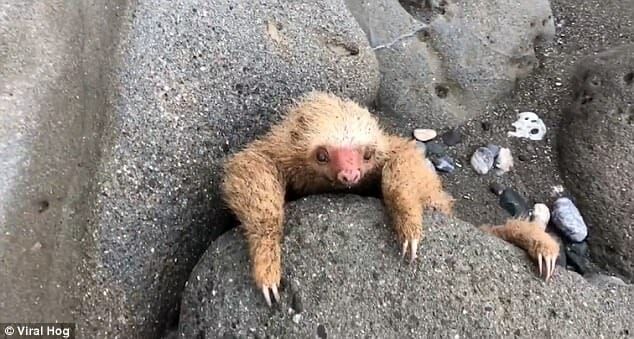 It was the sound of crying that saved this usually elusive creature. One overcast morning, the baby sloth who has since been named Guanabana was discovered alone, trapped between two rocks, stranded on a beach in Punta Tigre, Costa Rica. The rare two-toed sloth had sand in its eyes and was soaked through with seawater as it called out for help. Guanabana had been separated from his family after getting trapped in a high tide the night before.

This heart-breaking camera footage shows the baby sloth’s distress as it clings on to the rock that entraps it, crying for help.

It’s rescuers, Dirk Morgan and his wife, own a lodge in Costa Rica and after hearing from a guest that there was a trapped baby sloth less than a mile away down the beach, the couple hurried out to save it.

Not only was little Guanabana clearly trapped between two rocks, but he was visibly shaken, having survived high-tide storms from the previous night. 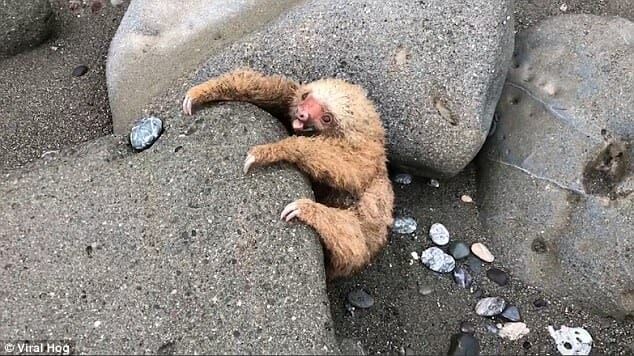 Morgan recalls the moment he first spotted the baby sloth and explains, “we ran down to find it before it died and scared off a couple of dogs who were about to run up to it. It was wet with salt water and had sand in its eyes.”After finding Guanabana, Morgan looked around the beach in hope of finding the baby’s mother, only to discover the baby sloth was completely alone.

Morgan recalls, “it appeared tired and scared and began to cry out to us as we approached.” 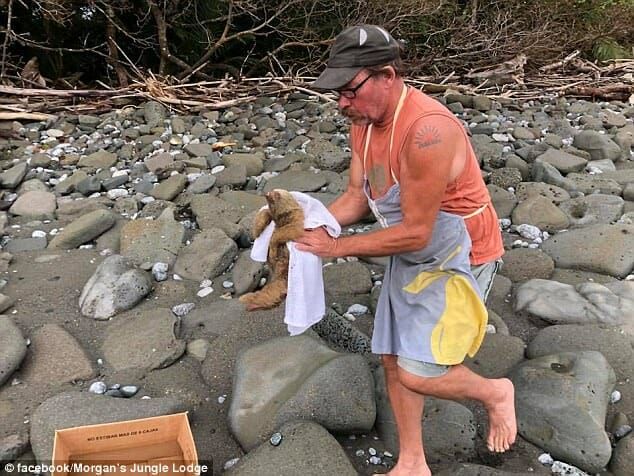 Dirk Morgan carefully dries the baby sloth with a towel

Having gently freed the baby sloth from between the rocks, Morgan “carefully placed him in a box with a towel then took him back to the lodge and rinsed the salt water off its face.”

After giving the baby animal some TLC, the couple then took him straight to a local rescue center to be looked after and cared for.

“We then took the baby sloth to the animal rescue center at Tranquillity just down the road. He seemed to be fine and happy to be dried off and safe,” said Morgan. 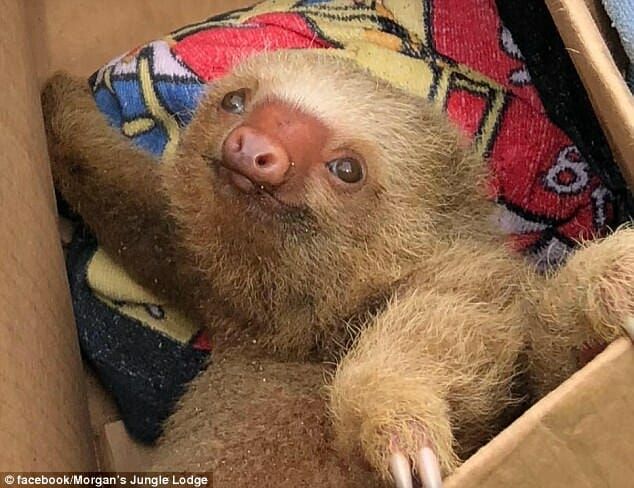 Little Guanabana was taken to a local animal rescue center