A Wild Animal Is Killed Once Every Three Minutes by Trophy Hunters, New Book Reveals 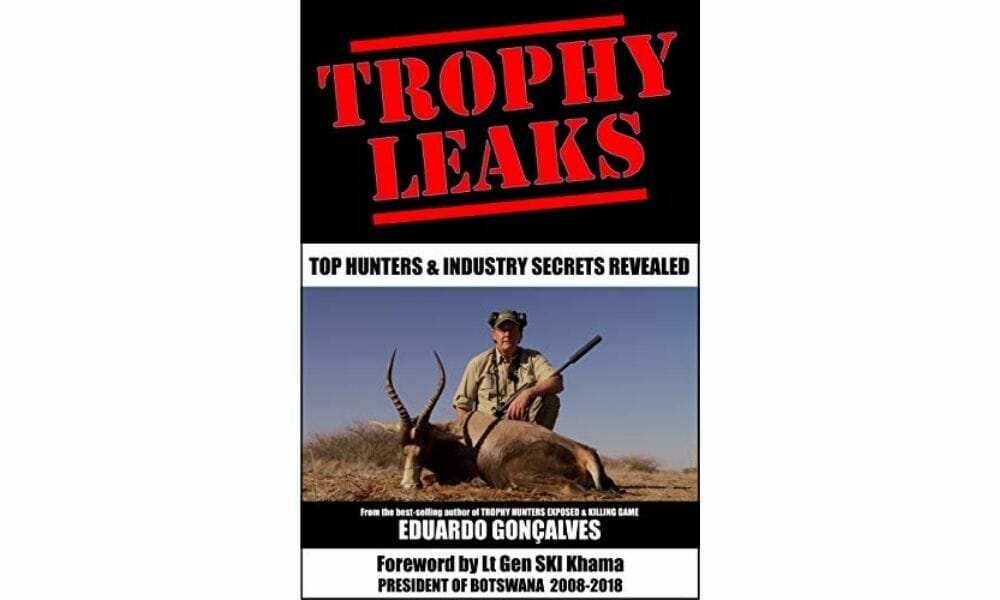 A new book by award-winning activist, conservationist, and journalist Eduardo Gonçalves exposes the trophy hunting industry’s most appalling secrets, from how a wild animal is killed every three minutes by trophy hunters to how the industry has attempted to stop the UK government from banning trophy imports.

In what Gonçalves calls his “most devastating investigation to date,” Trophy Leaks: Top Hunters & Industry Secrets Revealed delves into the “covert operations” that the trophy hunting enterprise funds to prevent the bloodsport from getting outlawed. He also reveals other shocking realities of the disturbing industry, including how British travel companies actively promote trophy hunting getaways and top trophy hunters have shot more than 100 different species during their killing sprees.

Former Botswana President Ian Khama minces no words in the foreword, describing trophy hunting as “sadistic” and pointing out the “hypocrisy” of countries that allow trophy hunting while simultaneously fighting a “war against poaching.”

This important book sheds a necessary light on the brutal trophy hunting trade, and was released today. It’s available on Amazon now.

To learn more, watch the trailer below.

Trophy Hunters are exposed once more in Eduardo Goncalves’ latest book.
Where you can read all about the industry-funded covert ‘cyberwar’ operation to stop western governments from banning trophy imports
Pre-order now https://t.co/POErE8FOJi#BanTrophyHunting #TrophyLeaks pic.twitter.com/gnRUsY9urd