Progress for Whales! A New Blow to Japan’s ‘Scientific’ Whaling 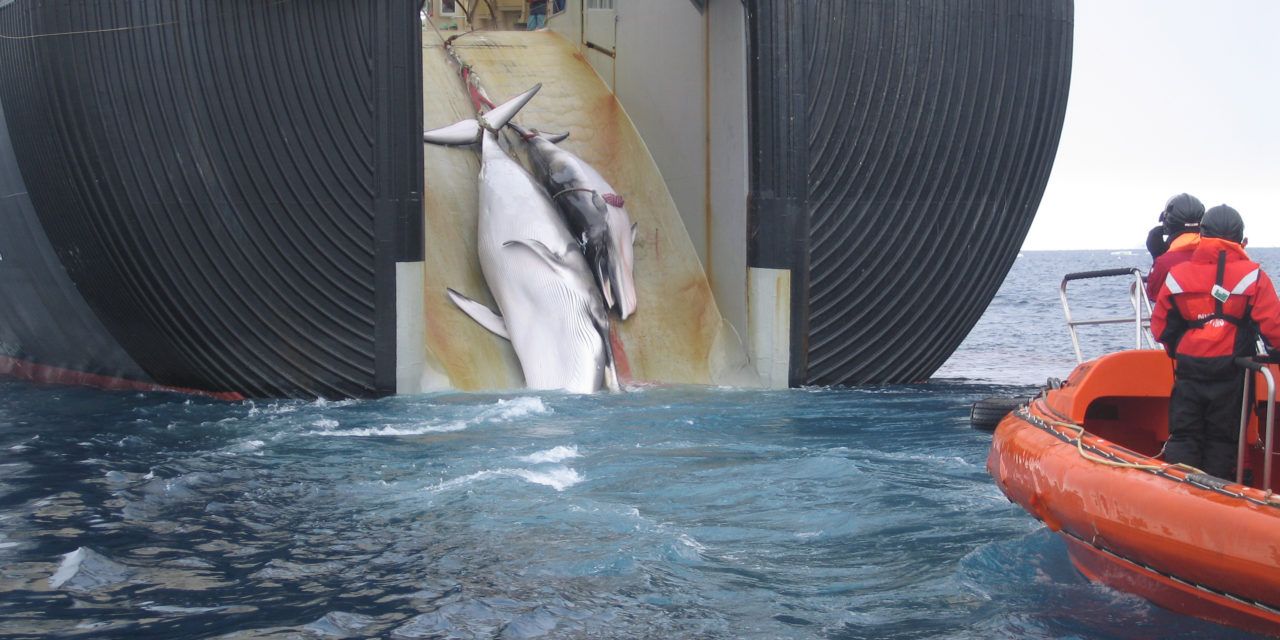 In a move to rein in Japan’s whale slaughter in the name of science, a proposal put forth by the governments of Australia and New Zealand passed easily by vote on Thursday. Now, the International Whaling Commission (IWC) is mandating elevated scrutiny on Japan’s supposedly “scientific” whale hunt.

“This is a win for whales,” said Ingrid Giskes, Global Head of Sea Change for World Animal Protection. “The IWC has sent a clear message to Japan that whaling in the name of science can no longer be used to cover the hunting of whales for profit.”

The measure sailed through the vote with 34 in favor of the regulation, just 17 against it and 10 abstaining from voting.

“Today’s decision goes a long way to closing the loophole in the global ban on commercial whaling that Japan has continued to exploit,” said Giskes.

Although commercial whaling was banned by the International Whaling Commission (IWC) 30 years ago, Japan has continued the slaughter by hiding behind the guise of “scientific research.” However, it is widely held that Japan’s whaling is mainly for profit, not science.

In 2014, a court ruled that Japan’s Antarctica whale hunt was illegal. The following year, however, Japan resumed the hunt, defying the court’s decision.

Since the 2014 ban, Japanese whalers have slaughtered thousands minke whales in the waters of Antarctica, all supposedly for scientific research. In the 2015/2016 season, they claimed the lives of 330 minke whales, nearly two-thirds of whom were pregnant.

Increased scrutiny on Japanese whaling activities could finally help propel the end of the this bloody industry.