Home » Animals » A Beloved Stray Dog Will Be Immortalized in Estonia with New Statue Honoring His LifeBy Katie Valentine | December 28, 2020 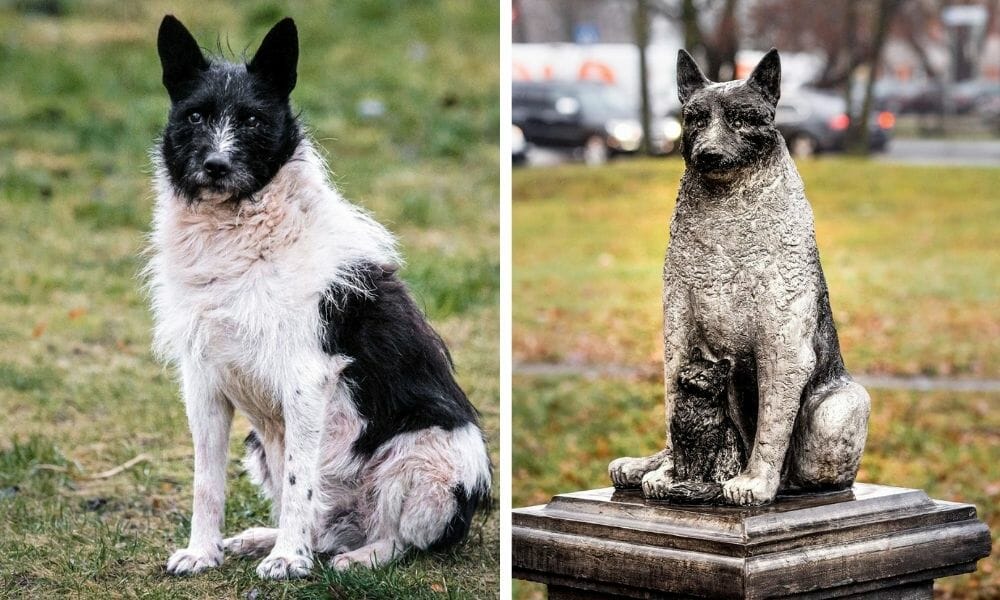 Zorik, a beloved black-and-white stray dog from Tallinn, Estonia, is now memorialized forever after the city built him a statue following his relocation from the capital to the countryside, where he will peacefully live out his last days.

Zorik roamed the city’s Kalamaja neighborhood for 12 years, winning over the hearts of many locals. They began feeding him after he showed up as a puppy, and he soon became a part of the community, helping to bridge the divide between the area’s ethnic Estonian and Russian populations.

Several people reportedly tried taking Zorik in, but the pup preferred his freedom. Despite people’s generosity toward him, he also experienced abuse throughout his life and struggled to trust humans. As adored as he is, Zorik keeps everyone at a certain distance.

But as Zorik aged, his need for care increased.

“In the end, he was so senile that he would just fall asleep on the railway or tram tracks or just here on the road, so that cars had to drive around him,” animal rescuer Heiki Valner, who led Zorik’s statue campaign, told the Associated Press. “We received several calls a day when he was on the road, so finally we had to get him away from the streets in his own interest.”

Zorik is spending his remaining time in resident Viktoria Ger’s backyard, where she can ensure his safety while giving him the space he needs.

Residents missed Zorik so much after he relocated to Ger’s house, they crowdsourced the funds to erect a monument in his honor. The statue — which was built by local artists — stands in front of a shopping center as a testament to the iconic dog, as well as the cats and other strays he often mingled with.

Ger called his life experiences “a contest of good and evil,” adding that in the end, “kindness won.”