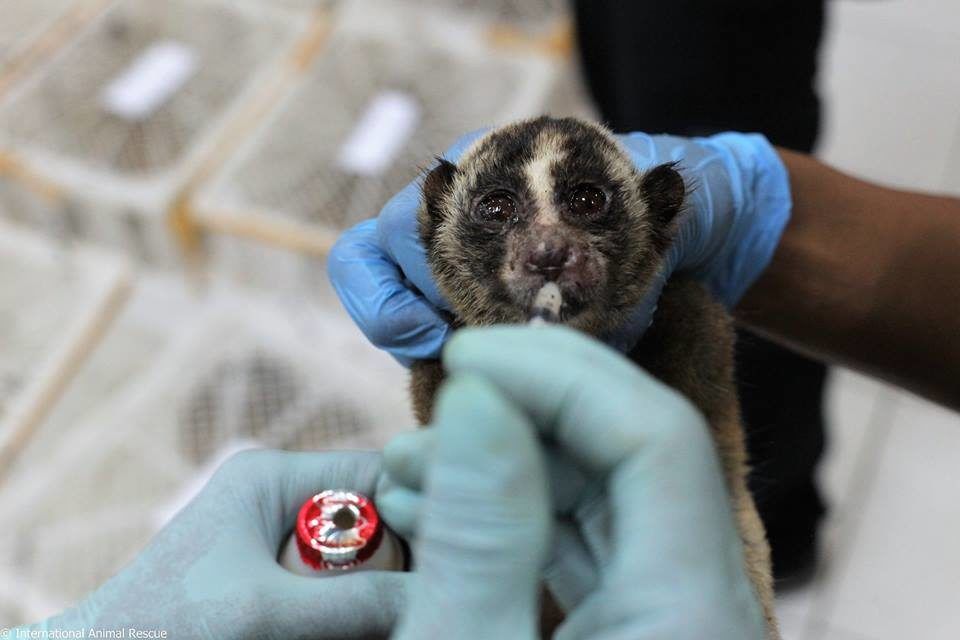 Authorities recently confiscated 79 slow lorises from poachers in West Java Indonesia, and took the animals to the International Animal Rescue primate center for rehabilitation. Ten of the slow lorises were in dire medical condition when rescued, and are currently recovering in intensive care.

These specific animals are known as Javan slow lorises, and they are critically endangered. All of the confiscated animals were poached from the wild to be sold into the illegal pet trade, and are very lucky that police intervened just in time. Tragically, four of the animals were already deceased when they were found. 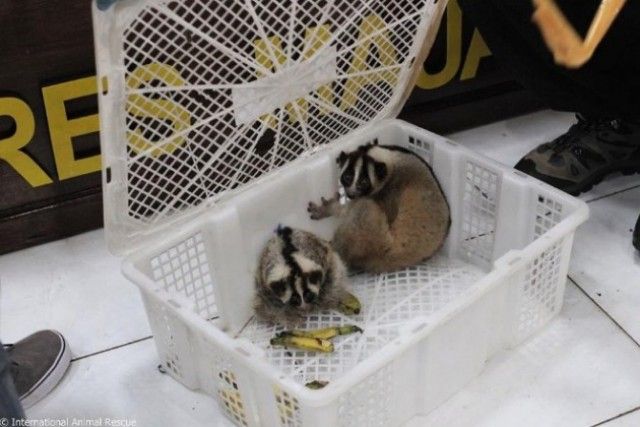 When the slow lorises were seized they were in dire medical condition.

All of the surviving slow lorises suffered severe stress and dehydration, due to having been confined for a very long time in highly unnatural conditions. The animals who did not require specialized veterinary care were taken to the rescue center for observation. This is to allow them to rest and recover, and to make sure that they are good candidates for re-release. Once the animals build up their strength, they will be released back into the wild, since the goal is always to get healthy animals back into their natural habitat.

International Animal Rescue is still working around the clock caring for the 10 lorises in critical condition. The animals are recovering at the rehabilitation center, where they had to to undergo further medical examinations and treatment. Medical tests confirmed that the lorises were suffering from a number of health problems, including trauma, intestinal worms, infected teeth and gums, diarrhea and wounds to the body.

Those in critical condition will be kept under close observation by the center’s medical team, who will monitor the primates’ physical condition and administer drugs and vitamins to aid their recovery.

One of the lorises, whom caretakers have named Muka, has a horrible facial wound after being shot by a BB gun. The pellet is lodged deep in his face, and another pellet has been discovered in his armpit. The veterinarians are doing all they can to ease little Muka’s suffering, and hopefully he will be able to recover. 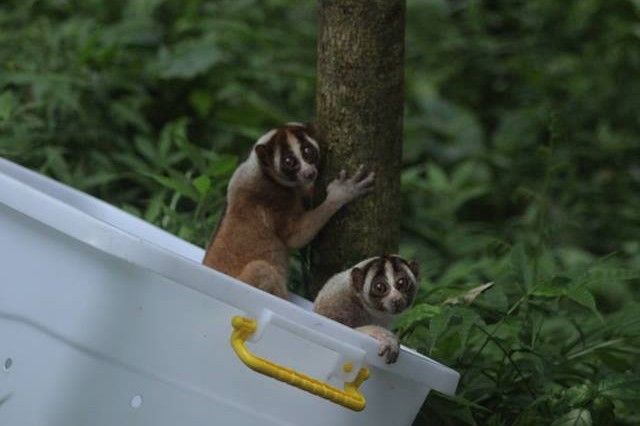 Some of the lorises were already able to be released back into the wild!

Unfortunately, illegal wildlife trafficking is rampant throughout Asia, and is fueled by the exotic pet trade. Organizations such as IAR work with government authorities to rescue as many animals as they can. While little Muka and his friends are still in urgent medical care, several of the other confiscated lorises are already fully recovered from their ordeal.

IAR recently made a special trip to a protected conservation forest to release some of the rescued animals. Hopefully all of the slow lorises can eventually be released when everyone has a clean bill of health. It is so heartwarming to see that some of these adorable lorises are already back home in the forest where they belong! 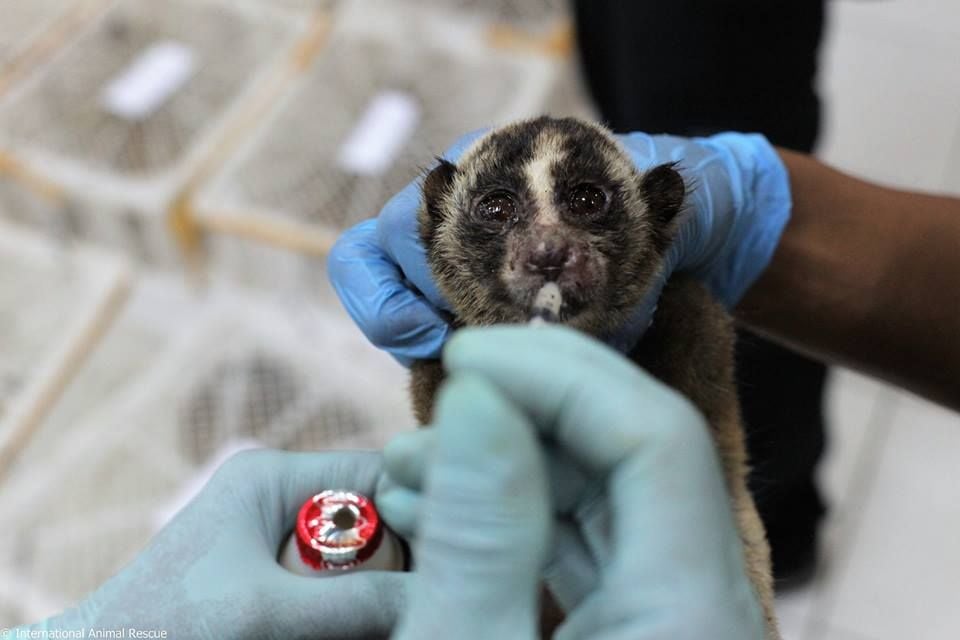