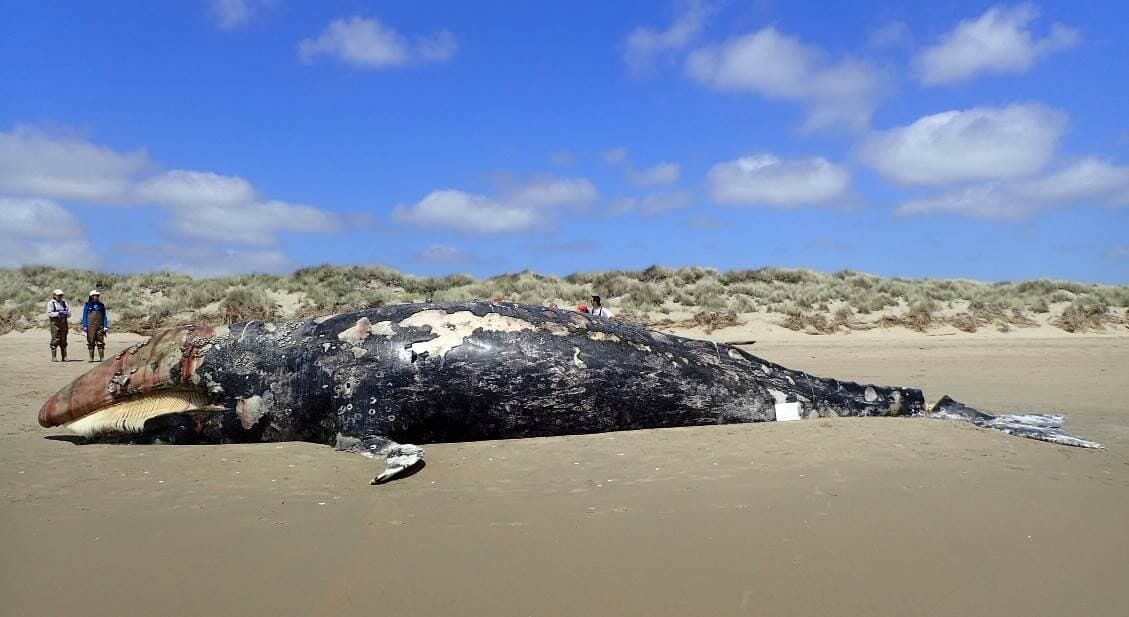 Scientists suspect ships killed at least one of the whales, due to the heavy bruising and damage on the whale’s body, while the others may have starved to death.

The recent deaths follow a tragic trend. Fatal beachings of gray whales have increased in recent years — with 209 dead gray whales washing up on U.S. western shores since 2019, according to The National Oceanic and Atmospheric Association (NOAA).

Gray whales are curious and intelligent animals. Mothers are fiercely protective of their young. In one Mexican lagoon, families of gray whales have interacted playfully with humans, even lifting their calves to the surface near boats.

Gray whales, which are protected under the Marine Mammal Protection Act, used to be endangered due to the mass hunting of their species and have just recently begun increasing their population numbers. But the gentle giants are facing significant threats from people.

Over-fishing, pollution, excessive noise, whale-watching disturbances, and being caught as bycatch in commercial fishing nets have increased the number of whale deaths, according to NOAA.

Scientists also report many of the animals may be starving because they aren’t able to complete their annual migrations from British Columbia down to Mexico’s Pacific Coast due to human-created issues.

You can help marine life by signing our petition to Congress, urging them to ban deadly gillnets that indiscriminately capture and kill precious species like whales, dolphins, and sea turtles.