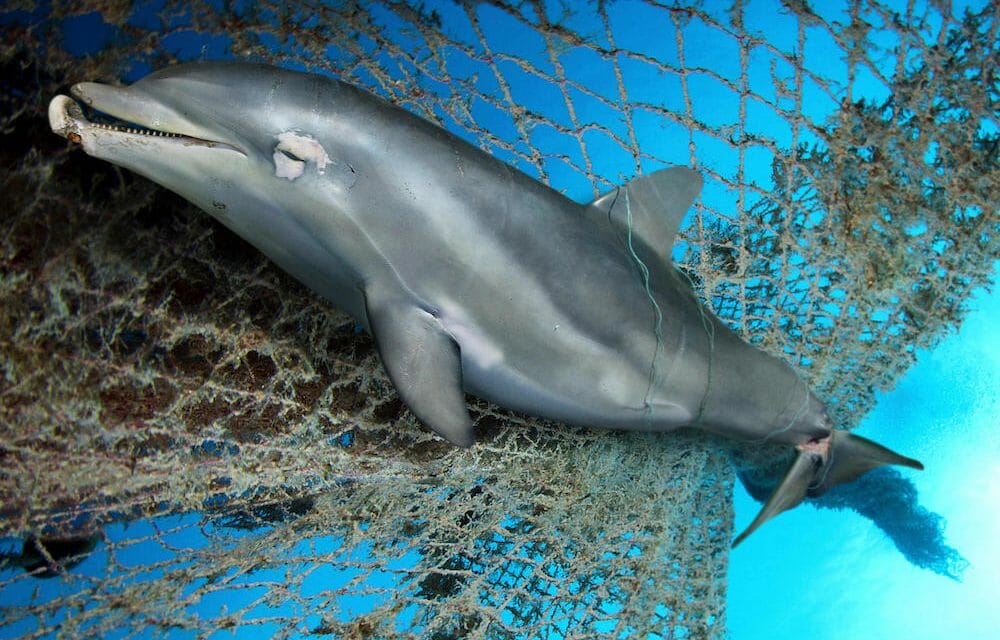 UPDATE (12/27/2022): The Driftnet Modernization and Bycatch Reduction Act has passed! Thank you to everyone who signed our petition advocating for this change for marine animals! —Lady Freethinker Staff

Dolphins, whales and endangered sea turtles slowly suffocate, succumb to painful injuries, or die terrible deaths as “bycatch” after they become entangled in deadly gillnets used by the fishing industry.

These cruel nets sink hundreds of feet into the ocean and indiscriminately capture anything in their path, including threatened species. Endangered and protected animals are illegal to catch and kill, but when captured in gillnets, they’re considered “bycatch” and the laws don’t apply.

That includes when the nets kill beloved, playful species, like dolphins.

Sadly, this deadly and unsustainable practice remains legal in federal U.S. waters after former President Donald Trump vetoed the Driftnet Modernization and Bycatch Reduction Act, which would have outlawed gillnets.

Sen. Dianne Feinstein (D-Calif.) reintroduced this crucial bill in February, and Congress must do everything possible to protect innocent marine animals from suffocating to death from gillnets.