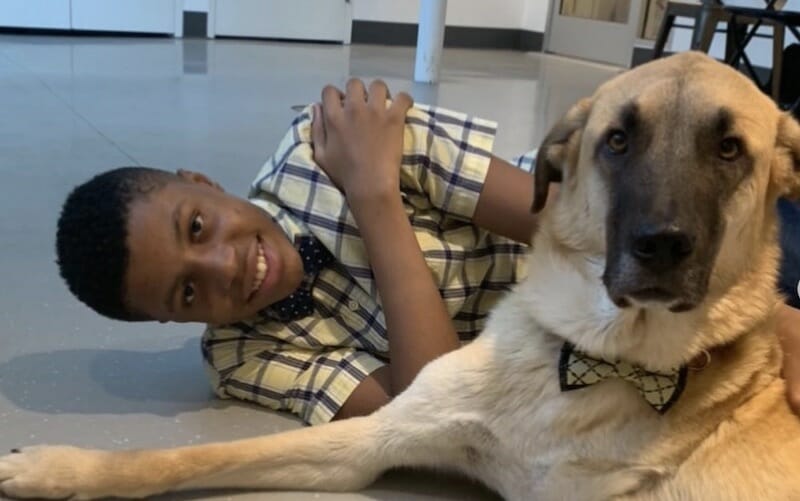 A 13-year-old boy, Sir Darius Brown, is handmaking bow ties for shelter dogs and cats to help them look their best and find their special forever homes.

Following Hurricane Harvey and Hurricane Irma in 2017, Brown realized thousands of animals are displaced each year because of natural disasters. When the New Jersey teen learned about euthanasia due to animal overcrowding in some shelters, he decided to do whatever he could to help.

His motto became, “You don’t have to have money to help someone.”

Brown, who discovered his passion for sewing at age eight, first made bow ties for animals at the ASPCA in New York City. By crafting such adorable accessories and drawing attention to homeless cats and dogs, he hoped to speed up the pet adoption process.

He has since created over 500 bow ties and now has his own company, Beaux and Paws.

The young man‘s creations reach cats and dogs across the U.K. and the United States. He has donated bow ties to several dozen animals across at least 20 shelters, his mom, Joy, told CNN. Brown’s ultimate goal is to make bow ties for adoptable pets in all 50 states.

“He now has this thing where he spins the wheel,” his sister, Dazhai Shearz, told WCBS, “and he selects a state and animal shelter.”

Brown’s accomplishments have earned him ample recognition and several awards, including a Presidential Commendation from Barack Obama in 2018. GoFundMe also featured him as its January 2020 Kid Hero.

His motto holds true and shows the world that helping people and animals is sometimes as simple as following your own passion in a generous way.

Brown posts his latest activities and crafts on his Instagram, which has over 50,000 followers.