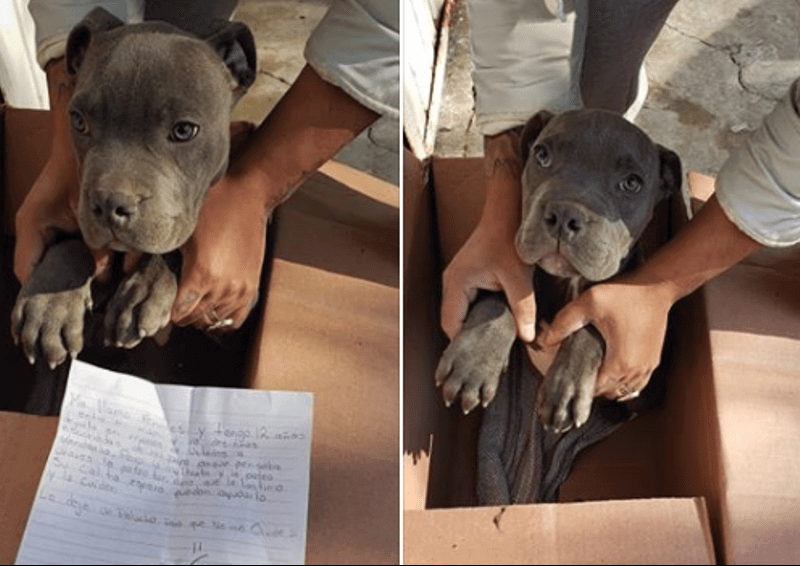 In an unselfish act of love and kindness, a 12-year-old boy dropped off his pit bull puppy at an animal rescue in Mexico, attempting to save the dog from the boy’s abusive father.

The puppy, now named Rene by the Refugio Xollin shelter, was left with a touching letter and a stuffed toy.

“My name is Andrés, and I am 12 years old,” the boy wrote in the note. “My mom and I decided to leave my dog in your hands, hiding it from my dad because he is thinking about selling him. But he mistreats and kicks him. One day he kicked him so hard that he hurt his tail. I hope you can help and take care of him. I left him a stuffed animal so he won’t forget me.” 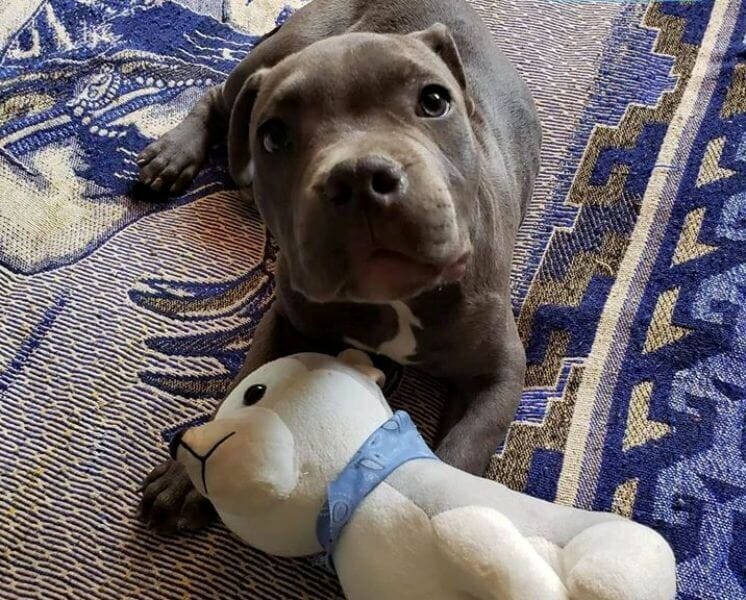 Rene with the stuffed toy she was left with “so she wouldn’t forget” (Image Credit: Refugio Xollin/Facebook)

The shelter shared the boy’s story, along with photos of beautiful Rene, on social media, and it quickly went viral. Refugio Xollin was flooded with over 300 messages from people all over the country wanting to adopt the puppy, according to CNN.

The pit bull has been checked out by a veterinarian and is awaiting adoption, however, Refugio Xollin is stressing that Rene isn’t the only homeless dog at the shelter. There are 120 other beautiful furry companions looking for loving homes.

“If everyone opened their heart and their home like this little dog,” the shelter write in a Facebook post, “they would have adopted all our dogs from the shelter.” 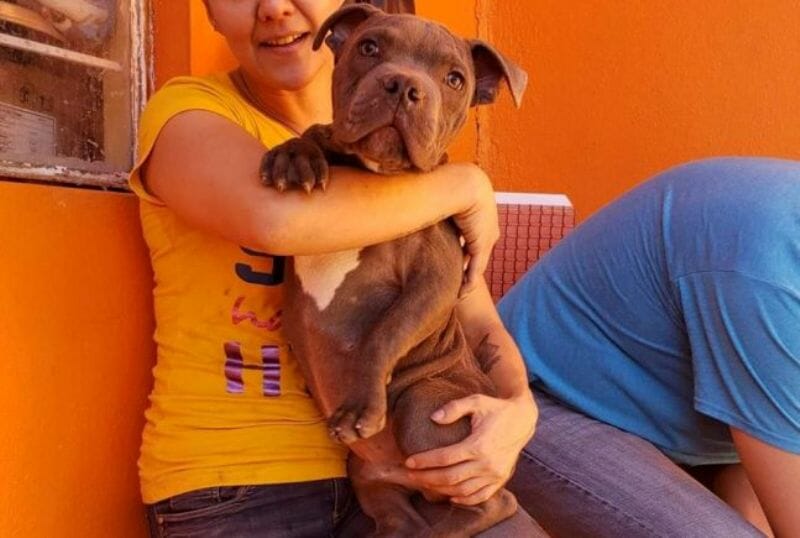 Rene the pitbull puppy is now in safe hands and looking for a forever home Image Credit: Refugio Xollin/Facebook