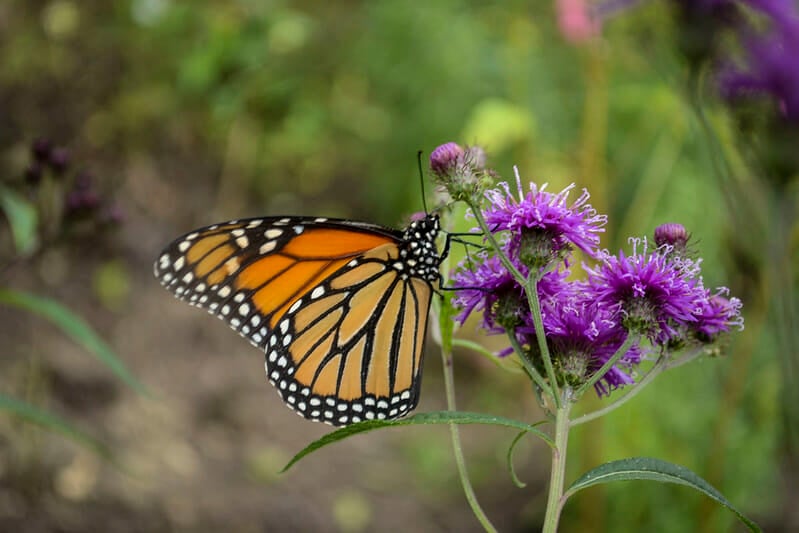 From the Big Apple to the Adirondack Mountains, New York residents are used to seeing vibrant orange monarch butterflies during the summer. This year, they’ll arrive sooner.

An estimated 121 million monarch butterflies are migrating north from Mexico and are due to arrive across the state between mid-May and late June.

This is the biggest migration of monarch butterflies in the past 12 years, and the population of the species has grown 144 percent since 2018.

In recent years, the increased use of pesticides and other human activities, such as logging, have raised concerns about the survival of the monarch butterfly. The species was further threatened last year, when an herbicide that kills milkweed monarch caterpillars was sprayed over 60 million acres of habitat — an area larger than the state of Minnesota.

Climate change has also negatively impacted the monarch population in various ways, including larger-than-usual die-offs in monarch overwintering sites due to harsher conditions. Moreover, the emergence of milkweed and the blossoming of flowers that serve as food sources along the monarch’s migration routes may be delayed by erratic weather.

In light of the species’ years-long struggle for survival, the recent substantial increase of monarch butterflies comes as good news. But it doesn’t mean that they’re no longer in danger.

According to the Xerces Society for Invertebrate Conservation, the species is especially threatened on the West Coast, dropping from a population of 4.5 million during the 1980s to just 28,429 at the beginning of this year. In the same time period, the monarch butterfly population plummeted an estimated 80 percent in the east.

You can help this year’s population thrive, especially if you live along their seasonal migration routes. One way to contribute, according to experts, is by planting milkweed or a butterfly garden.