10 Years After Arrest, These Rhino Poachers are Finally Going to Prison 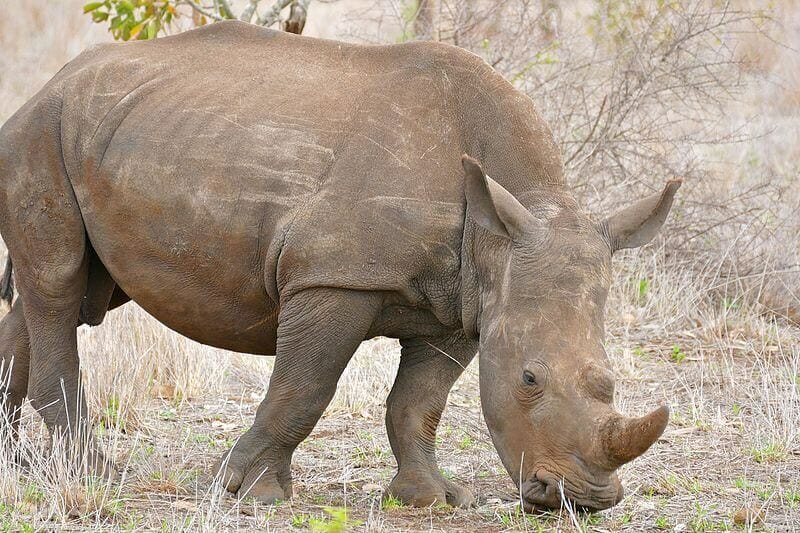 Three South African rhinoceros poachers who tried to drag out their trials indefinitely have finally been sentenced — a decade after their crimes.

Senior Regional Court Magistrate Logan Naidoo convicted the men based on “overwhelming evidence” and declared that it would be a “travesty” to allow them to further prolong their cases.

The men were intercepted at a roadblock and discovered wearing bloodstained clothing and with a rifle, bloody axes, and a pair of rhino horns in their possession. DNA evidence later connected the severed horns to the carcass of the poached animal.

Cell phone records proved that extensive correspondence occurred between the criminals in the days leading up to the crime, despite some of them claiming not to know each other when they were caught.

To stall the proceedings and delay a verdict, Khoza and his accomplices hired and dismissed somewhere between 12 and 25 private and public lawyers throughout their trials.

On March 25, they sought further delays by firing their team of defense attorneys; but by then, court officials were fed up.

Despite threats from Xulu that the men would appeal their cases, Naidoo concluded that they had unreasonably delayed the trial and were therefore responsible for their own defense.

The three men were convicted on all eight of their original poaching charges. Khoza, who was convicted on a separate case of poaching that he committed while out on bail and served six years in prison for, was sentenced to 14 years of imprisonment. Buthelezi and Xulu were each sentenced to ten years, with five years suspended.