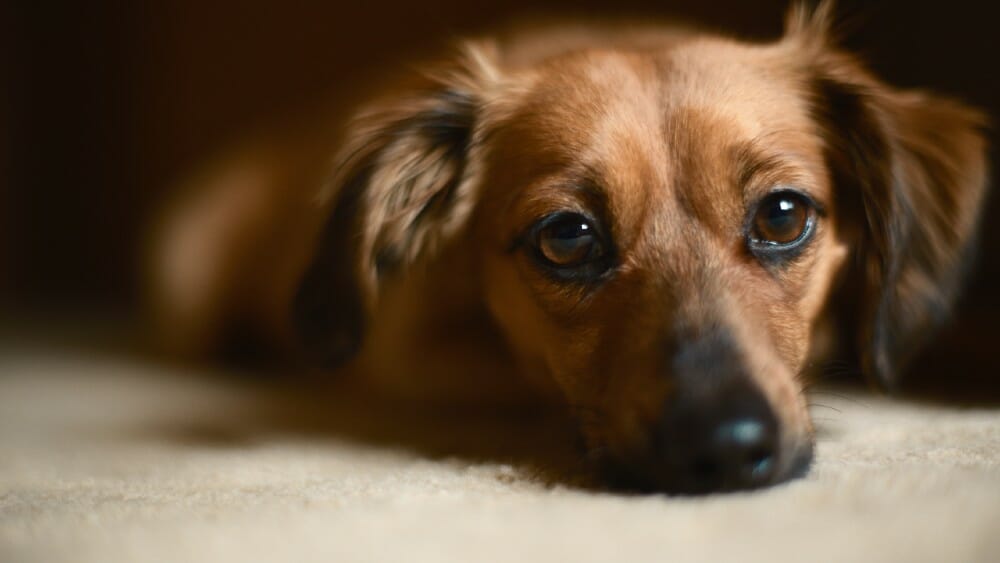 Animal cruelty has officially been added to a list of crimes in Washington State that can classify as acts of domestic violence, given a Washington Supreme Court ruling that adds additional protections for victims.

But it took a sweet dog’s death, expert testimony from an animal welfare law nonprofit, and a lengthy court process to get to that point.

In 2018, a Seattle woman with a small chihuahua-dachsund mix named Mona started dating Tukwila resident Charmarke Abdi-Issa, who repeatedly asked Mona’s guardian to get rid of her because he was “jealous,” according to the Seattle Times. But the woman refused, as Mona was a beloved companion and also a source of emotional support, having helped her guardian cope with her mother’s death.

One evening while the couple was out, Abdi-Issa reportedly insisted on taking Mona for a walk over her guardian’s objections. Witnesses who heard a “sound of great distress” then saw Abdi-Issa “beating and ‘making brutal stabbing motions’” at Mona before kicking the innocent dog so hard that she “went up into the air and ‘flew into the bushes’,” according to court documents.

The witnesses called the police and yelled for Abdi-Issa to stop. They reportedly were threatened before he walked off, leaving Mona in the bushes with “severe swelling in her brain, bruising on her chest, and a wound on top of her head,” according to court documents.

Mona arrived at an emergency veterinary clinic “nearly comatose” and died before her panicked guardian tracked her down, with news reports also citing “rib fractures and severe internal bleeding” and designating “blunt force trauma” as the official cause for her death.

State prosecutors sought an 18 month sentence for Abdi-Issa – including 12 months for animal cruelty and an additional six months for trauma the witnesses endured while observing the beating – and a domestic violence designation, which allowed for a no-contact order between Abdi-Issa and Mona’s guardian.

But Abdi-Issa challenged the domestic violence label, saying that animal cruelty didn’t fit with other state designators – including burglary, kidnapping, assault, and reckless endangerment – and that his killing of Mona did “not involve a human victim,” according to court documents.

An appeals court vacated the domestic violence designation – and the additional protections for Mona’s guardian that came with it.  The Animal Legal Defense Fund (ALDF) interceded with an amicus brief, including extensive research on the link between animal cruelty and domestic violence to explain how Mona’s brutal killing was an act of domestic violence and not a “victimless” crime, said ALDF Attorney Kathleen Wood.

In a victory for both people and animals, the Washington Supreme Court reversed the decision.

That court noted that Mona’s guardian “was directly harmed as a result of Abdi-Issa’s violent killing of her beloved pet and companion” and that she was “plainly a victim of Abdi-Issa’s crime,” according to court documents. The court also recognized the brutal treatment of Mona as “manifested deliberate cruelty or intimidation of the victim.”

The court’s reversal and inclusion of a domestic violence designation allowed Mona’s guardian to obtain a protection order against Abdi-Issa and also set a precent which will help both humans and animal victims in domestic violence cases, Wood said.

“Domestic violence designations help ensure these cases are taken seriously and their victims receive all the protections they need and deserve,” Wood told LFT. “For example, in Washington, companion animals can be included in protection orders. In future cases when an animal survives the abuse, they will be able to be included in a court-ordered protection order.”

Wood said that many of ALDF’s cases unfortunately are related to domestic violence.

“Too often, animals are used as pawns in domestic violence, with abusers harming or threatening animals in order to torment and control their human victims,” she said. “It is vital that our criminal justice system recognize the link between animal cruelty and domestic violence in order to effectively respond to these crimes and protect victims.”

Sadly, the sanctuary is no stranger to animals who also become victims during domestic violence cases.  Sanctuary Director Stephanie Perciful described to King 5 the case of Bubba, a 4-year-old Rottweiler who has recovered from neglect and is now up for adoption.

Bubba’s guardian had to leave him behind with her abuser, and “whether it was to get back at her or anger towards the dog, he let Bubba fall into horrific conditions,” Perficul said.

“You often have people that might not inflict physical abuse on their partner or the person, but they know the way to hurt them is to go for who they love,” Perciful told King 5.

Numerous studies have noted that domestic violence abusers often use beloved companion animals as a way to control, manipulate, threaten, or intimidate their partners – often with the goal to make victims stay in the abusive relationship for fear that harm may otherwise come to their animals. Such cruel tactics also are common, with between half and three-quarters of female domestic violence survivors reporting that their abusers had threatened, harmed, or even killed their companion animals, according to one study.

People who harm and kill innocent animals as a tool to hurt their humans must be held maximally accountable for that cruelty.

Lady Freethinker thanks the attorneys who worked toward the court re-instating a domestic violence designation in Mona’s case and the Washington State prosecutors who fought to ensure that the person responsible for Mona’s death faced the maximum possible penalties and also paved the way to hold other abusers similarly accountable.