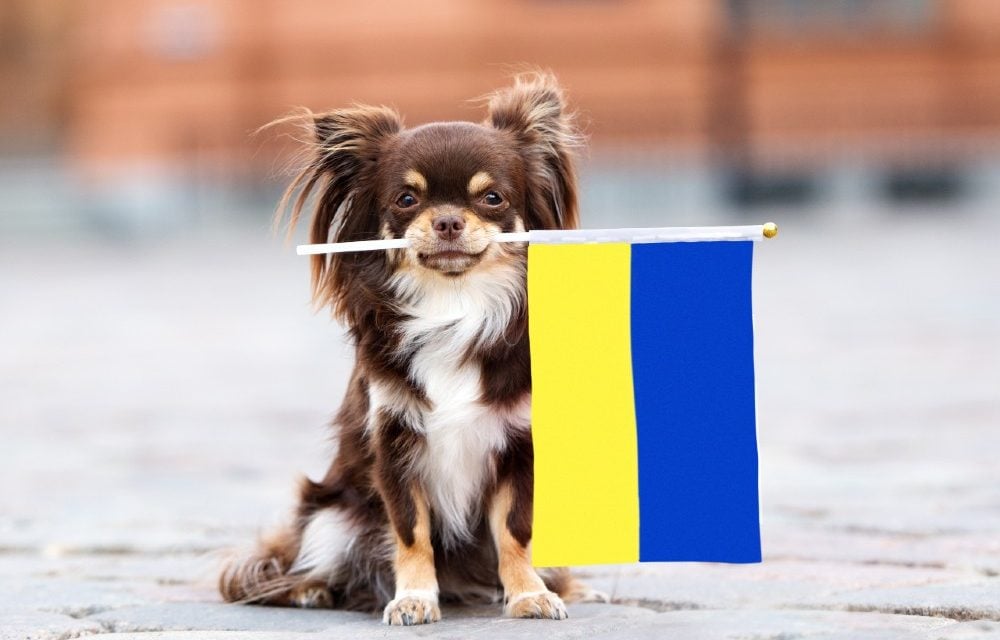 Beleaguered cats and dogs and their Ukrainian guardians escaping from Russia’s fatal invasion could soon find safe haven in the United Kingdom, which has agreed to waive certain requirements for paperwork that many of the fleeing refugees say they just don’t have.

More than 2.5 million Ukrainians to date have fled their homes amid the Russian assault. The International Fund for Animal Welfare has estimated that up to half of the Ukrainian families fleeing are pet owners — a statistic that has citizens worldwide concerned.

“If UK policy remains that no companion animals can enter the UK with refugees, we could see tens of thousands of dogs and cats having to be euthanized in Poland, Hungary, and Romania in the weeks ahead,” wrote animal rights activist Dominic Dyer in an appeal to the UK’s Animal Welfare Minister Zac Goldsmith. “Each of these animal deaths would bring further misery to the women and children who have escaped war and would make Britain’s immigration policy look extremely cruel in comparison to other EU member states.”

The UK government recently said it plans to set aside regulations requiring pet owners to have a “pet passport” or valid health certificate to bring animals into the country to ease the burden on Ukrainian refugees and companion animals. If implemented, the UK would join 14 other countries — including France, Germany, and Poland — that have relaxed their entry requirements for companion animals.

The announcement comes after activists urged Goldsmith and Environment Secretary George Eustice to relax entry restrictions, including requirements for documents that show pets are microchipped and vaccinated for rabies, saying it is unreasonable to expect people fleeing war to have their paperwork in order.

UK officials are working with veterinarians and quarantine facilities to determine how best to support Ukrainian pet owners coming to the country while also protecting the country from a possible rabies outbreak. The country has been largely rabies-free since 1900.

One option is to provide free rabies vaccinations for all animals entering from Ukraine, considered a high-risk country for rabies. An alternative is setting up a system of “home quarantine” for undocumented Ukrainian pets, through which refugees with pets would be paired with UK families eager to help.

Ukrainian pet owners who are able to show proof of rabies vaccination for their dogs and cats may be exempt from quarantine.

The International Fund for Animal Welfare (IFAW) has created a comprehensive online resource to help Ukrainians prepare to flee the country with their pets.