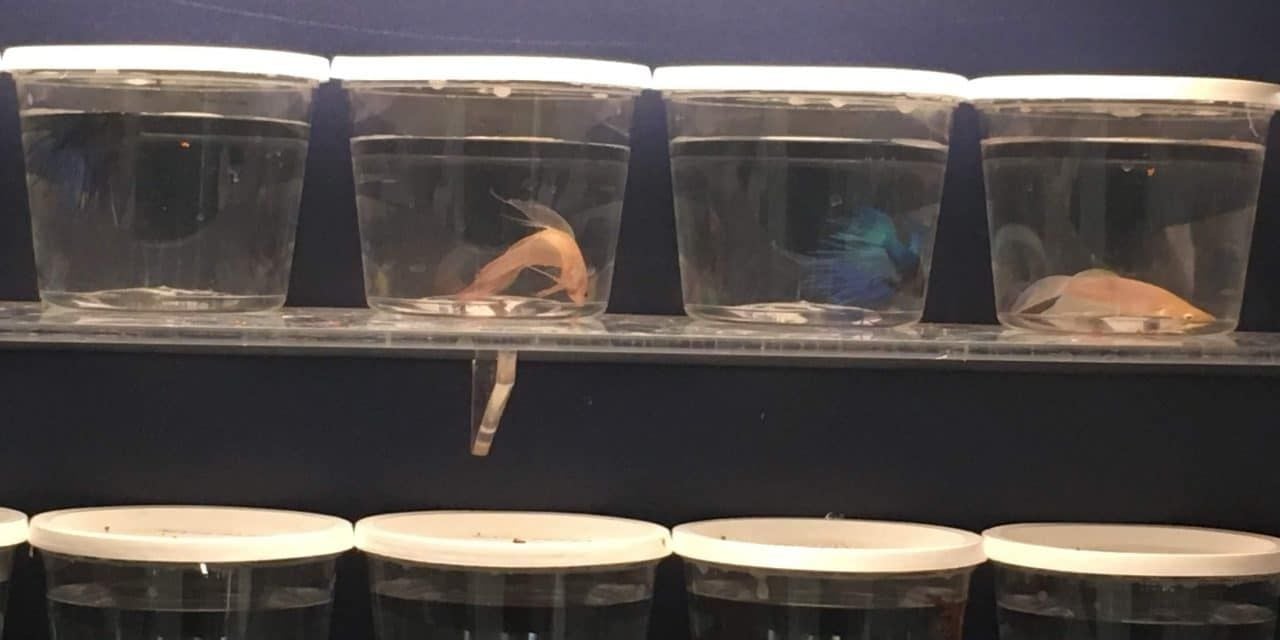 Wal-Mart and Meijer are among two large department store chains housing betta fish in small, cramped containers with insufficient, sometimes dirty water, creating cruel conditions that can be difficult to survive. And because bettas are inexpensive (and sold for only $2 in some stores), PETA told National Geographic, they are frequently given as party favors and “routinely subjected to insufficient care.”

Bettas sold in retail stores across the country are commonly housed in either small plastic bowls or “mini tanks” that lack filtration as well as the 2.5 gallons of warm, clean water they prefer. The bettas confined to these tight quarters often appear lethargic and are frequently seen lying on the bottom of the bowl – or dead and dying, according to National Geographic. 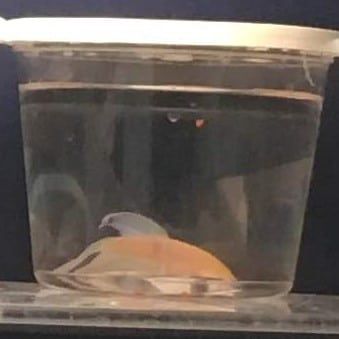 In 2015, a Gainsville, Florida Walmart employee admitted to WUFT.org, the website for Gainesville’s Public Broadcasting Service television station, that deceased fish are a common site in the store and that they are often dead before reaching the shelf. One local Wal-Mart customer witnessed a dead betta fish still in its container. Allanna Wagy, PETA College Campaign Assistant, told WUFT that too many bettas are not surviving in this environment and that the organization receives regular reports of fish dying from these conditions.

Worse yet, a PETA investigation revealed that bettas are normally transported from dealers to stores in tiny plastic bags in as little as an ounce of water or less. The water is usually tinted blue with a tranquilizing solution to reduce agitation.

Research from Belgium’s Ghent University shows that a betta’s quality of life – and happiness – is harmed when exposed to environments that are too small. And just as human happiness is diminished under conditions that lack enrichment, so too are bettas. Contrary to popular belief, bettas need companionship – the same for all fish.

Yet, bettas are usually separated from other fish both in stores and in home aquariums. Much like people, fish can suffer pain, depression, and boredom when their welfare is compromised, National Geographic reported. And when bettas are stacked in small containers on top of other bettas, they experience stress, because for betta fish to thrive and be happy, they need room to hide or escape.

This isn’t Wal-Mart’s first foray into animal cruelty. Lady Freethinker reported in January 2018 on Animal Recovery Mission’s 2017 investigation into cruelty at a facility of Cal-Maine, the largest producer of chicken eggs in the United States. Among Cal-Maine’s list of customers were Wal-Mart and Publix.

Wal-Mart was again targeted by the Associated Press in 2015 when, as Lady Freethinker reported, its investigation revealed that shrimp processed in slave labor conditions was transported across all 50 states in stores from Whole Foods to, again, Wal-Mart.

Wal-Mart’s animal welfare policy states that they “expect that our suppliers will not tolerate animal abuse of any kind,” yet the chain violates animal rights on the shelves of its own stores and continues to support companies known for animal and human rights abuses.

PETA offers guidelines on caring for fish, as well as what you can do to help them thrive and stop supporting the fish trade.