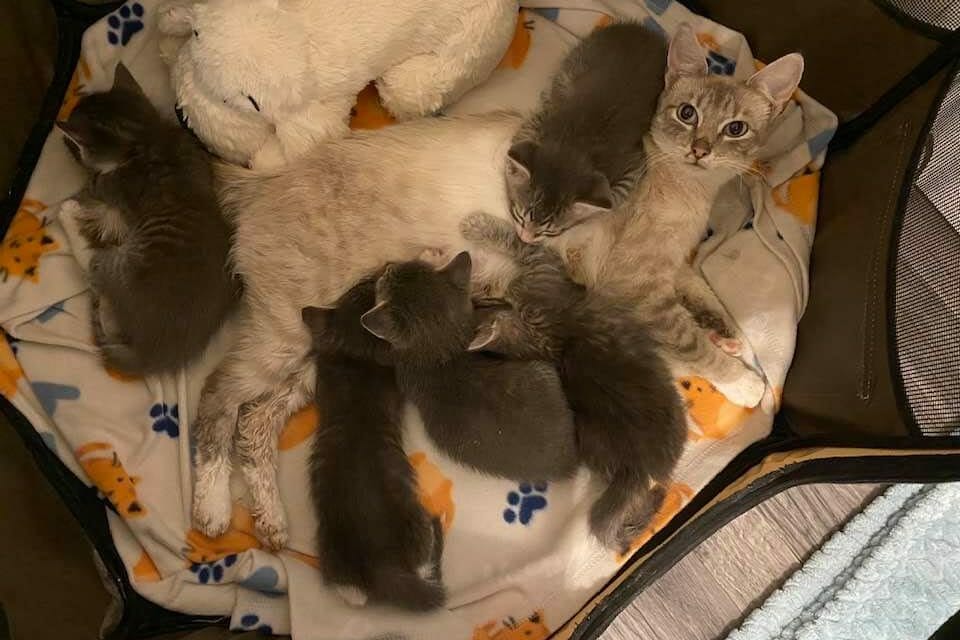 A mother cat named Magnolia and her five precious kittens are now safe and sound after volunteers rescued them from a tree in Stoughton, Mass.

After discovering a kitten at the base of a large oak tree, a man and his wife altered a volunteer working with Nemasket Orphaned Animal Haven (NOAH), Hillary Moll. Fearing that there were more stranded kittens nearby, Moll sprang into action, reporting to the scene to search for them. It took a few searches before she realized that Magnolia and the rest of her little ones were perched in the tree.

The quick-thinking activist borrowed a resident’s ladder and spent 25 minutes carefully removing Magnolia’s three-week-old kittens, one by one, from a hole in the tree. Then, rescuers set a humane trap on the ground for Magnolia, who had fled the scene during the rescue.

Six hours later, the exhausted mother cat entered the trap and was reunited with her kittens.

“She needed medical attention and went to our vets,” NOAH Director Linda Brackett told Wicked Local Plainville. “She got a whole bag of IV fluids, [and] she got medicine because she was very undernourished, but she is doing better.”

A volunteer and retired nurse is currently caring for Magnolia and her kittens, who received tree-themed names — Ash, Douglas, Scarlett, Willow, and Holly. They’re all doing well.

“She is an amazing cat,” Brackett remarked. “She is even putting food around the dish, making sure the babies are eating.”

Lady Freethinker thanks the devoted and diligent rescuers who saved Magnolia and her babies. 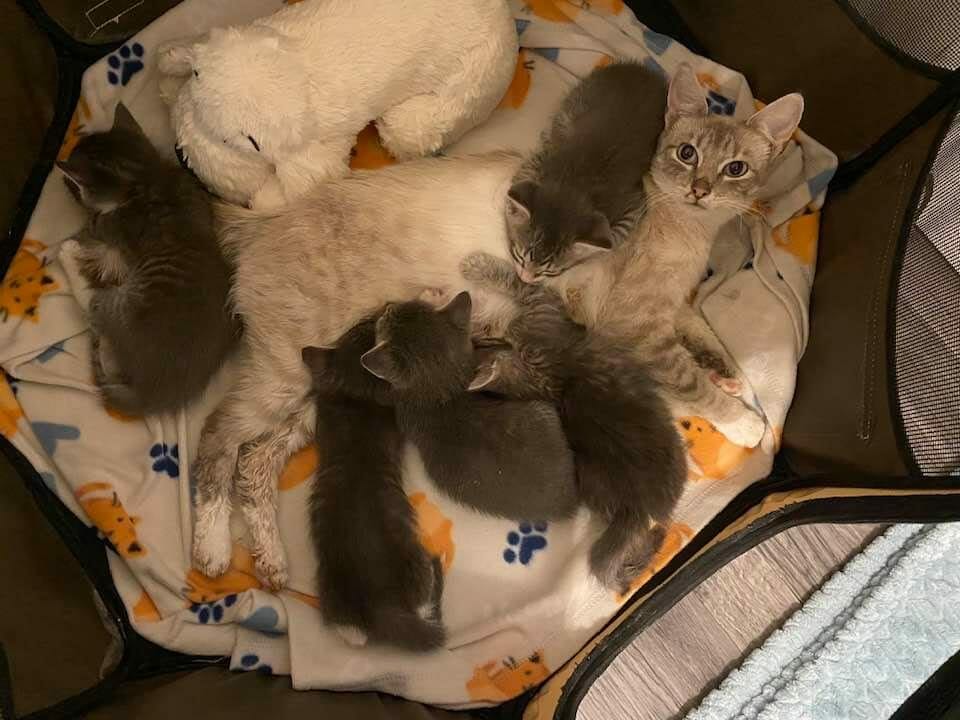