Thanks to brave firefighters — and a special new oxygen mask made just for pets — Buster the puppy is still alive today to bark, snuggle and play.

Buster was rescued from a blazing kitchen fire in Birmingham, England, and was lying on the ground unconscious — in fact, his breathing had completely stopped.

But the firefighters from Billesley Fire Station refused to give up, and used their new apparatus to restore the dog’s breathing.

Buster was quick to thank his rescuers, offering plenty of licks and allowing the men to gently pat his head.

Kudos to these brave men for bringing Buster back when all hope seemed lost. 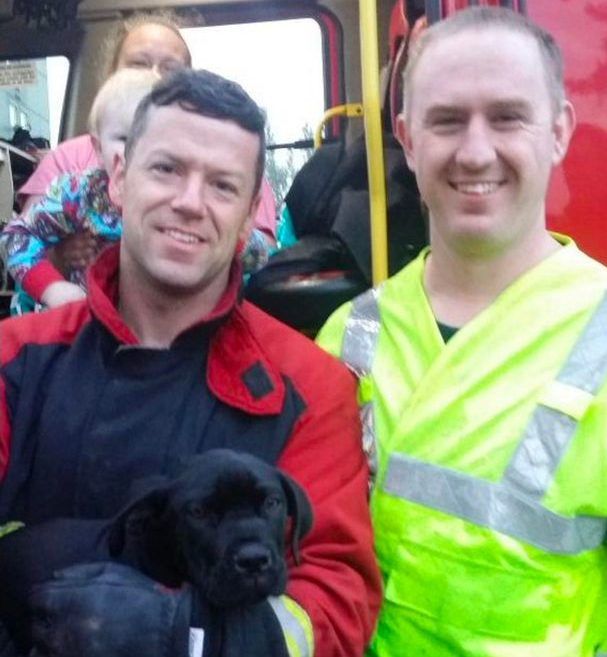