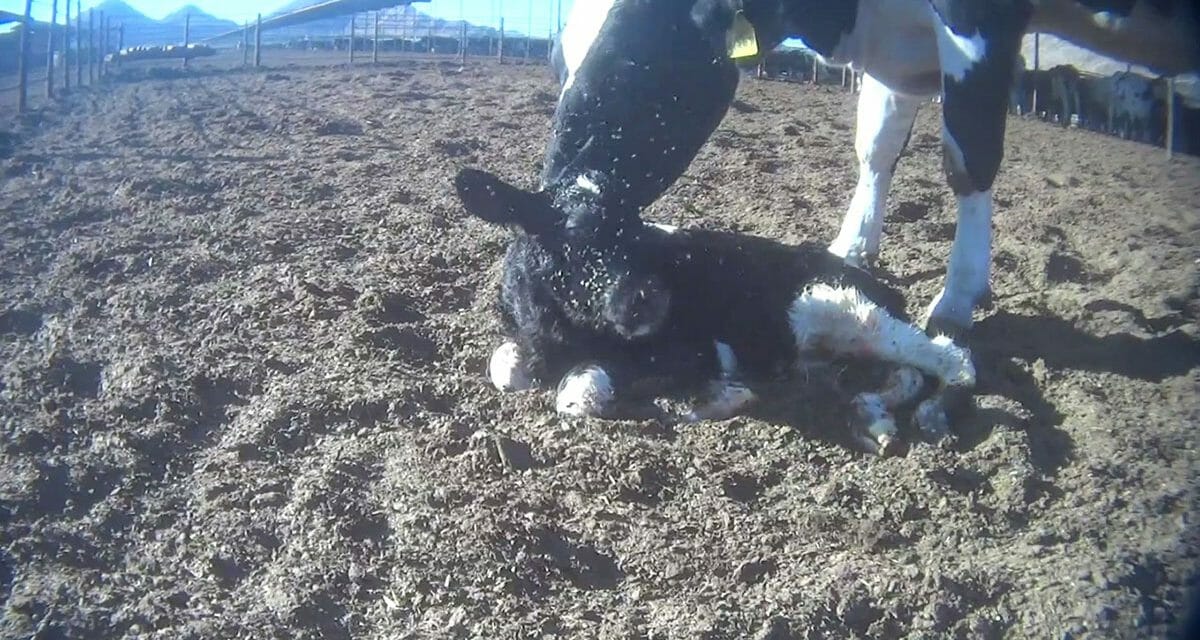 New undercover footage from Animal Outlook takes viewers on what the nonprofit calls  “an intimate journey” through the hellish life — from birth to slaughterhouse — of a farmed cow.

The video is the first in a series that shines a spotlight on the inhumane practices of the dairy industry, which often misleads consumers to believe that their products are ethically produced, said Animal Outlook’s Executive Director Cheryl Leahy.

“The dairy industry wants you to believe that milk comes from happy cows, but our investigation footage shows the heartbreaking reality,” Leahy said. “Behind every sip of milk or scoop of ice cream that comes from a cow, there is unacceptable abuse and exploitation.”

The footage shows animals living in crowded and filthy conditions and covered in flies and calves taken from their mothers shortly after birth, to be force-fed milk replacer via tube. Male calves also are seen being kicked, shoved, thrown, and neglected, which Animal Outlook says is due to their low value in the dairy industry.

While cows have a natural lifespan of about 20 years, factory-farmed cows used for dairy production often are slaughtered and sold for use in low-grade beef products like hamburger or pet food as soon as their milk production begins to taper off — normally around six years of age, according to Animal Outlook.

“Our investigations have shown time and time again that commonplace industry practices are so severely abusive that they’d result in criminal cruelty charges if inflicted on the dogs and cats in our homes,” Leahy said. “We hope our new video helps consumers understand the truth about the dairy industry.”

The series’ other videos will examine the lives of farmed ducks, chickens, turkeys, pigs and other animals. To learn more about Animal Outlook’s undercover investigations, visit animaloutlook.org/investigations.