VIDEO: Two Rescued Seals Swim Off Into the Sunset After Months of Rehabilitation

After months of rehabilitation, two grey seal pups are now back where they belong in the sea.

Rescuers with the RSPCA captured the joyful event on video as the seals, nicknamed BB8 and Luke Skywalker, waddled during sunrise toward freedom on the coast of Port Eynon, Wales, and the start of  their new lives.

Months earlier, rescuers had found the seals distressed, injured, and underweight. A passer-by reported BB8 — then a sickly-looking seal pup with a lump on his neck at Abereiddy Beach– and rescuers found Luke Skywalker infected with lungworm.

Both seals wound up at the RSPCA’s Mallydams Wood Wildlife Centre, where they received top-notch care. Veterinarians removed BB8’s lump, and Luke Skywalker received antibiotics for his condition. The seals also gained the weight necessary to reenter the wild.

Before releasing the rehabilitated duo, caretakers attached identification tags to their flippers to track their progress. Past information gleaned from the tags indicates that rehabilitated seals adapt well when released back into the wild, the RSPCA said.

Lady Freethinker applauds the months-long effort by the RSPCA to save these two beautiful seals and release them back into the wild, where they can thrive with the freedom they deserve. 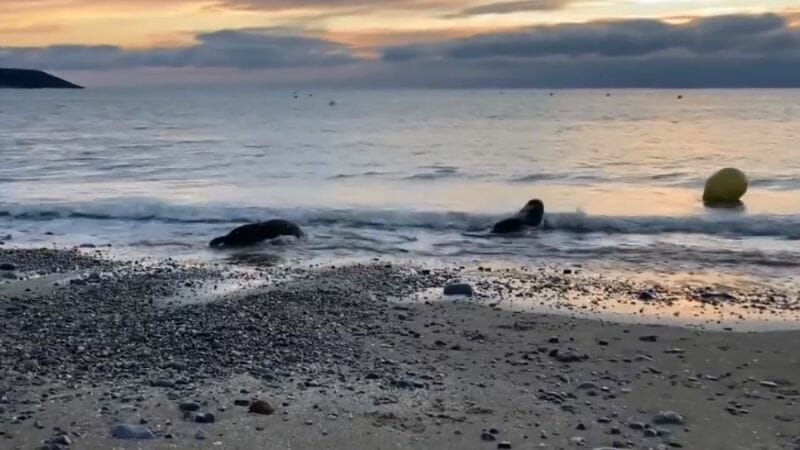