VIDEO: Terrified Horse Runs Himself to Death Because of Fireworks

One week after Bonfire Night 2018 in Wales, a fireworks display was set off, causing a horse to go into a panic and die.

The distressing photographs of the horse, named Solo, were released by his devastated owner, Fiona Hohmann. Hohmann, who owned Solo for five years, hopes the photos show the reality of how fireworks can affect animals.

After discovering the horse in agony last Sunday, a concerned neighbor contacted Hohmann. Immediately, she knew something was wrong and headed straight to the field. At first sight, she knew Solo was dying.

Hohmann stresses that she doesn’t want to ruin peoples’ fun on Bonfire Night. She continues: “A week after bonfire night, fireworks should not be allowed to take place. How was I supposed to know that a display would be going off?”

Because she knew ahead of time that fireworks would be occurring on Bonfire Night, Hohmann was able to prepare appropriately. She locked Solo in his stable and stayed with him until midnight to help keep him calm.

But Solo was alone when the unannounced display of fireworks was ignited on Saturday night. He went into a panic from the noise and twisted his gut, tearing up the field grass with his frantic galloping. For 14 hours, Solo suffered alone.

By the time the vet arrived, Solo was in severe pain and was likely to die within the next hour, leaving them with only one option – to put Solo down.

Around midnight on Saturday, Hohmann heard some fireworks going off, but was watching television and didn’t realize how big the display was.

If Hohmann had known about the display, she could have taken measures to keep Solo safe. “My heart is truly broken. Myself and my husband are devastated. It’s bad enough losing an animal to illness or disease but this was just unnecessary distress and pain.”

Scared pets often run away from fireworks, and in this case, one died. The lesson? Think twice before setting them off. 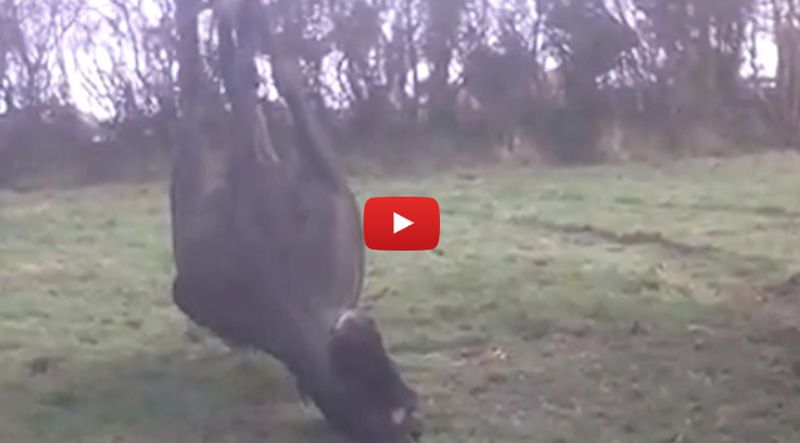