VIDEO: Senior Rescue Dog Snuggles Into Her New Bed for the First Time With Forever Family 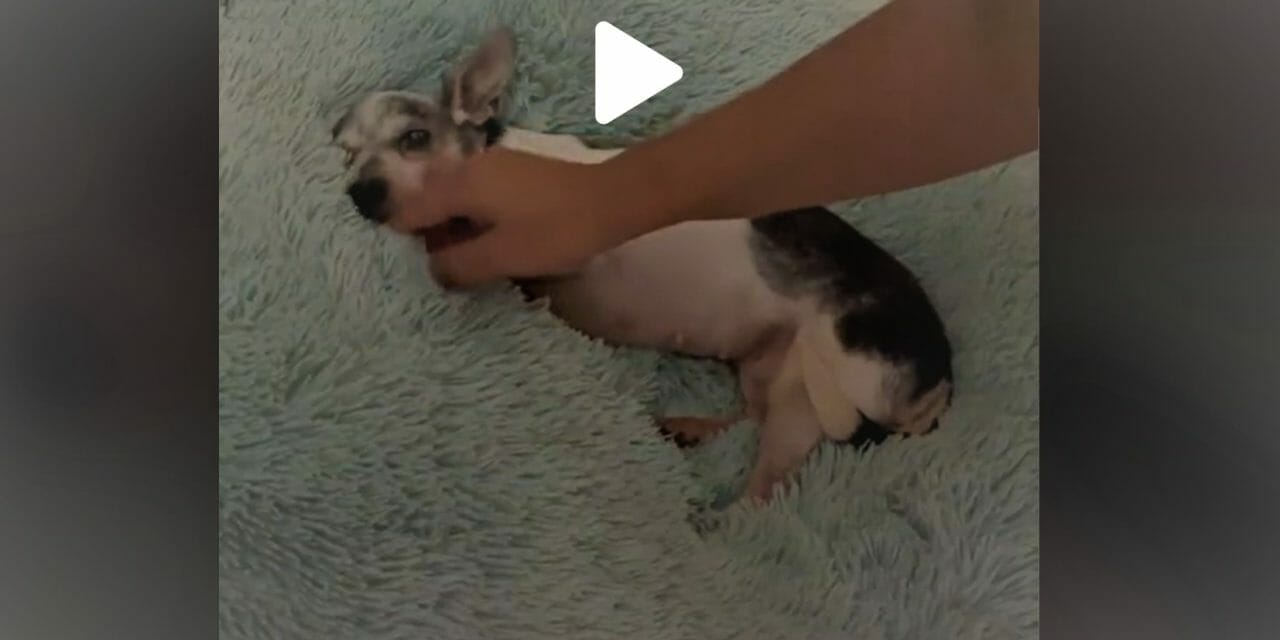 Screenshot of Belle from TikTok video.

A tired senior dog rescued from an abusive owner gingerly climbed into a new doggie bed and timidly snuggled down — reportedly for the first time in her life.

A video captured by the dog’s new loving forever family broke hearts in the TikTok world and quickly went viral, gathering more than 400,000 views in less than a day.

TikTok user Maria Torres, Belle’s new guardian, can be heard speaking sweetly to the dog while gently scratching the dog’s head. She took the video the same day that Belle was rescued from an abusive woman experiencing homelessness. As Torres gently strokes Belle in the video clip, the traumatized pup can be seen flinching at her every hand movement, with her tail wrapped.

She will never Be hurt again. Please consider donating or following to help #rescue #dogsofttiktok #ThatCloseMessenger

“I was sent a video by a neighbor of a local homeless woman beating a little dog,” wrote Torres, who documented her effort to rescue Belle.

Torres went to an area the woman was known to frequent. She recorded herself waiting on the street, in the hopes of buying Belle from her. When the woman finally arrived, Torres explained that people were aware that she was abusing Belle and that such behavior could land her in jail.

She then offered to buy Belle from her, to protect her own safety as well as Belle’s.

“This is not a good neighborhood, and I have to keep my animals and family safe,” said Torres, who has two other dogs and six cats.

Belle has relaxed considerably and seems to feel safer in her new home, said Torres, who captioned her post, “She will never be hurt again.”