Brandy, an 8-month-old golden retriever who got her head stuck in a hole in Lake Winola, Pa., where she remained trapped for nearly 20 hours, is now safe,  thanks to her mom and diligent emergency responders.

The puppy disappeared from her home on Sunday evening, leading community members and the dog’s guardian, Nadia Delicati, on a fruitless search through the woods.

Brandy’s mother Bailey finally tracked her scent and led Delicati to the trapped canine, who had apparently chased an animal through a small hole and wedged her head between two rocks, making it impossible for her to bark for help. Delicati couldn’t free Brandy and summoned firefighters to the scene.

The complicated rescue required five firefighters to chip away at the rock with chisels and sledgehammers to reach Brandy.

“We had to make the hole a little bigger, so we could put our smallest guy in,”  Lt. Nate Evans,  with the Lake Winola Volunteer Fire Department, told WBRE/WYOU.

Lt. Eric Coolbaugh used a pry bar to lift the rocks just enough for Brandy to pop out her head. She was exhausted, hungry, and had a swollen paw, but was fine otherwise and thrilled to reunite with her guardian.

Delicati thanked the community and Brandy’s rescuers, who were glad to see a happy ending to the ordeal.

“We see so many tragic events,” Coolbaugh said.  “Something like this, you can get her out safely, and we got lots of kisses and love from the dog. It made our day. It made our day big time.” 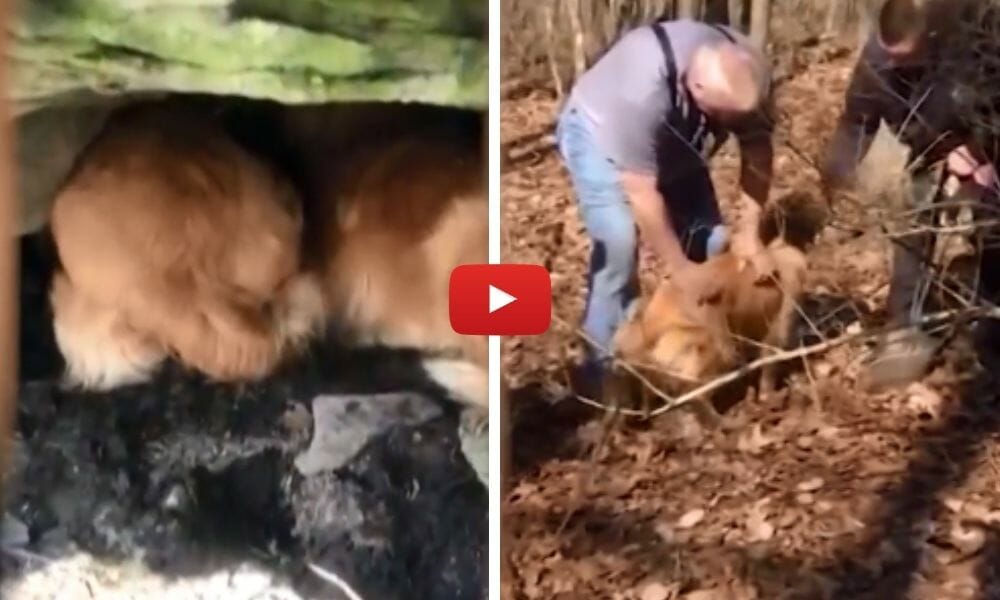